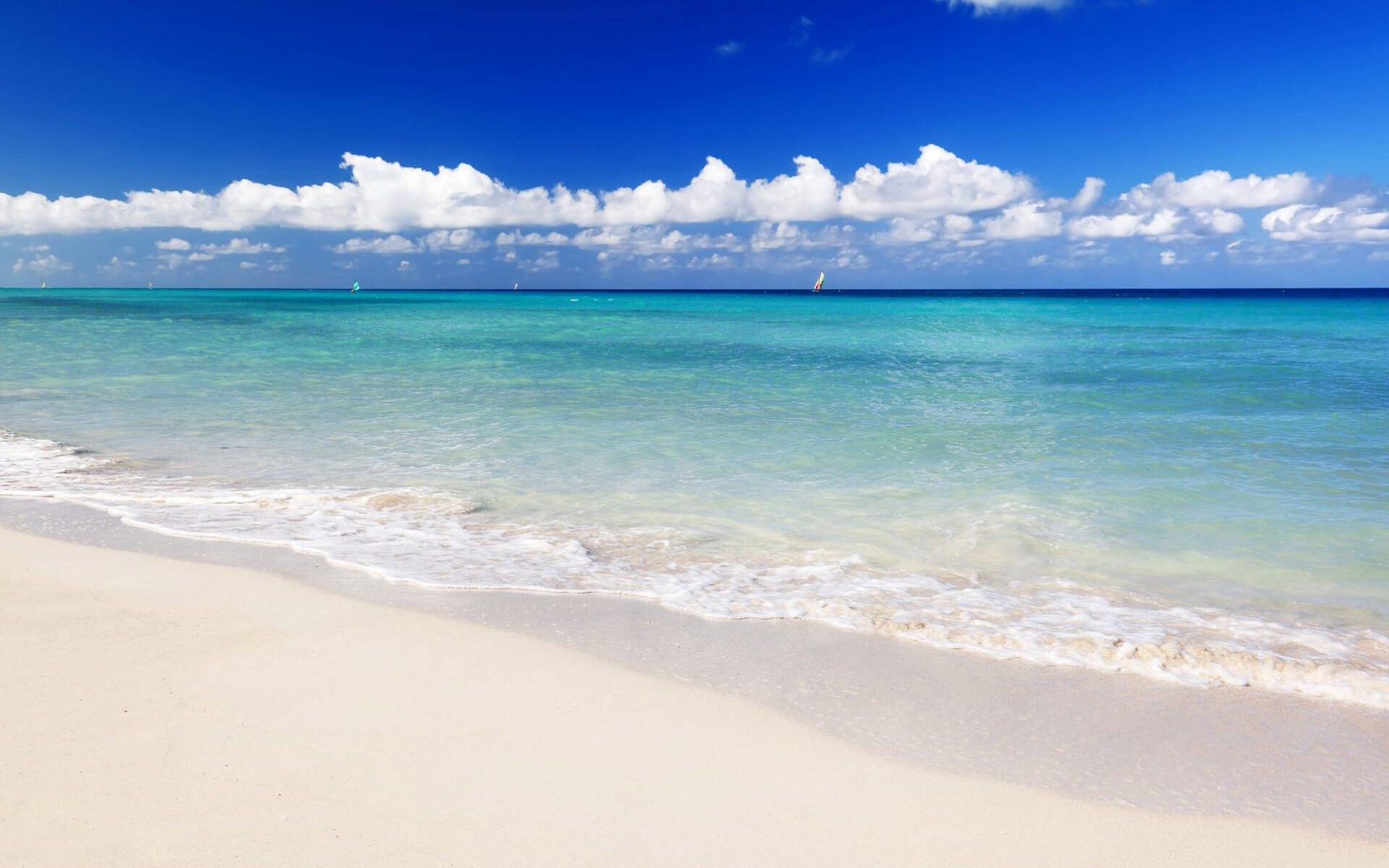 Varadero is a rather exclusive area in Cuba, with several private hotels, beautiful white beaches, and the country’s only full-service golf course. The beautiful beaches and crystal blue warm water make this an island lover’s dream.

Varadero is a vacation town on the 30-kilometer-long Hicacos Peninsula off Cuba’s northern coast. The peninsula’s coastline has some of Cuba’s greatest beaches and is one of the country’s most popular tourist attractions. It was supposedly Al Capone’s holiday location and became popular with American wealthy prior to the revolution and embargo. A significant hotel construction drive in the 1990s converted Varadero into a predominantly four and five star all-inclusive vacation attraction. These are predominantly populated by Canadian visitors, and their all-inclusive packages are one of the most accessible winter beach getaways from Canada.

Varadero is primarily a tourist destination, with more than 20 kilometers of white sandy beaches. The first visitors arrived at Varadero in the 1870s, and for many years it was considered an affluent resort. The annual rowing race began in 1910, and five years later the first hotel, Varadero, and subsequently Club Nautico, were erected. Tourism boomed in the early 1930s, when American billionaire Irénée du Pont erected his home on the peninsula. Many famous and notorious persons, including as Al Capone, stayed at Varadero.

Many mansions were expropriated from their wealthy owners during the Cuban Revolution in 1959. These homes were soon turned into museums. The Park of the 8000 Cubicles (Parque de las 8000 Taquillas) was established in 1960 as a symbol of the new integrated tourism for Cubans and foreign tourists of all socioeconomic strata. Visitors may store their stuff in the park’s basement, use sanitary facilities and culinary services on the first level, and rent swimming goods and swimwear. The park’s environs became the city’s focal point.

Varadero was developed into a cultural center between the 1960s and the 1980s. Throughout those years, the central park (8000 Taquillas) (placed between 44th and 46th Street) hosted a plethora of concerts, festivals, and athletic events.

The 1990s saw the beginnings of yet another hotel construction drive, this time focusing on the 4- and 5-star segments. Many of the hotels are run or co-owned by international companies like as Meliá, Barceló, TRYP, and others. (Club Med, a French company, used to have a facility in Varadero but has since gone.) As foreign tourism flourished, the local population grew with the immigration of individuals from other regions of Cuba, some of whom held crucial economic roles. As a result, Varadero has lost most of its social and cultural vitality, as well as many of its customs. The central park, the cinema, and other cultural gathering spaces were ignored in favor of hotel-centered all-inclusive tourism and eventually closed. The International Carnival, which began in the 1980s as a joint project of Cubans and foreigners, has likewise come to an end.

Varadero features natural attractions like as caverns and a line of readily accessible virgin cays in addition to its most valuable resource, the beach. There are other cultural, historical, and natural sites nearby, such as Matanzas and Cárdenas, the Zapata Peninsula, and the resort of San Miguel de los Baos. Varadero, a free port, also has scuba diving, deep-sea fishing, yachting, and other water sports facilities.

Every year, more than one million visitors visit Varadero.

Tourists from Europe and Canada are the most common visitors to Varadero. Although the number of US visitors visiting Varadero is rising, it is still restricted due to US government regulations that make it difficult for US residents to enter Cuba as tourists.

In tourist facilities and other service units, prices are set in Cuban Convertible Pesos (CUC). In Varadero, Cayo Largo del Sur, Jardines del Rey (Coco and Guillermo Keys), Santa Lucía Beach, Covarrubias Beach, and Holguín province, you can also pay in euros. Credit Cards (except those issued by US banks or their branches in other countries) can be used in most Varadaro shops but it is more useful to take cash (CUCs) to the markets.

It’s on the Hicacos Peninsula, between the Bay of Cárdenas and the Florida Straits, about 140 kilometers east of Havana, near the eastern terminus of the Via Blanca highway. The Kawama Channel separates the peninsula from the island of Cuba, which is barely 1.2 km wide at its widest point. This spit of land, however, stretches more than 20 kilometers northeast from the mainland, and its tip, Punta Hicacos, is the island of Cuba’s northernmost point. A natural reserve with virgin woods and beaches may be found near the peninsula’s northeastern tip. The Hicacos Point Natural Park was created in 1974 as a 3.12 km2 (1.20 sq mi) natural preserve. It is home to the 250 m (820 ft) long Cave of Ambrosio, Mangón Lake (home to 31 bird species and 24 reptile species), and the remnants of the La Calavera (The Skull) Salt Works (one of the first salt works to be constructed by the Spanish in the New World). The cays formed off the coast, such as Cayo Piedras and Cayo Cruz del Padre, form the westernmost section of the Sabana-Camaguey Archipelago.

Varadero’s airport is Juan Gualberto Gómez Airport, which is located west of the peninsula. It is the island’s second busiest airport, after José Mart Airport in Havana, and services both international and local flights.

Internet connectivity will be available at the finer hotels. Alternatively, you may go to the town’s ETECSA and purchase and use internet cards for around 5 CUC per hour. There is no wifi accessible at this internet café.