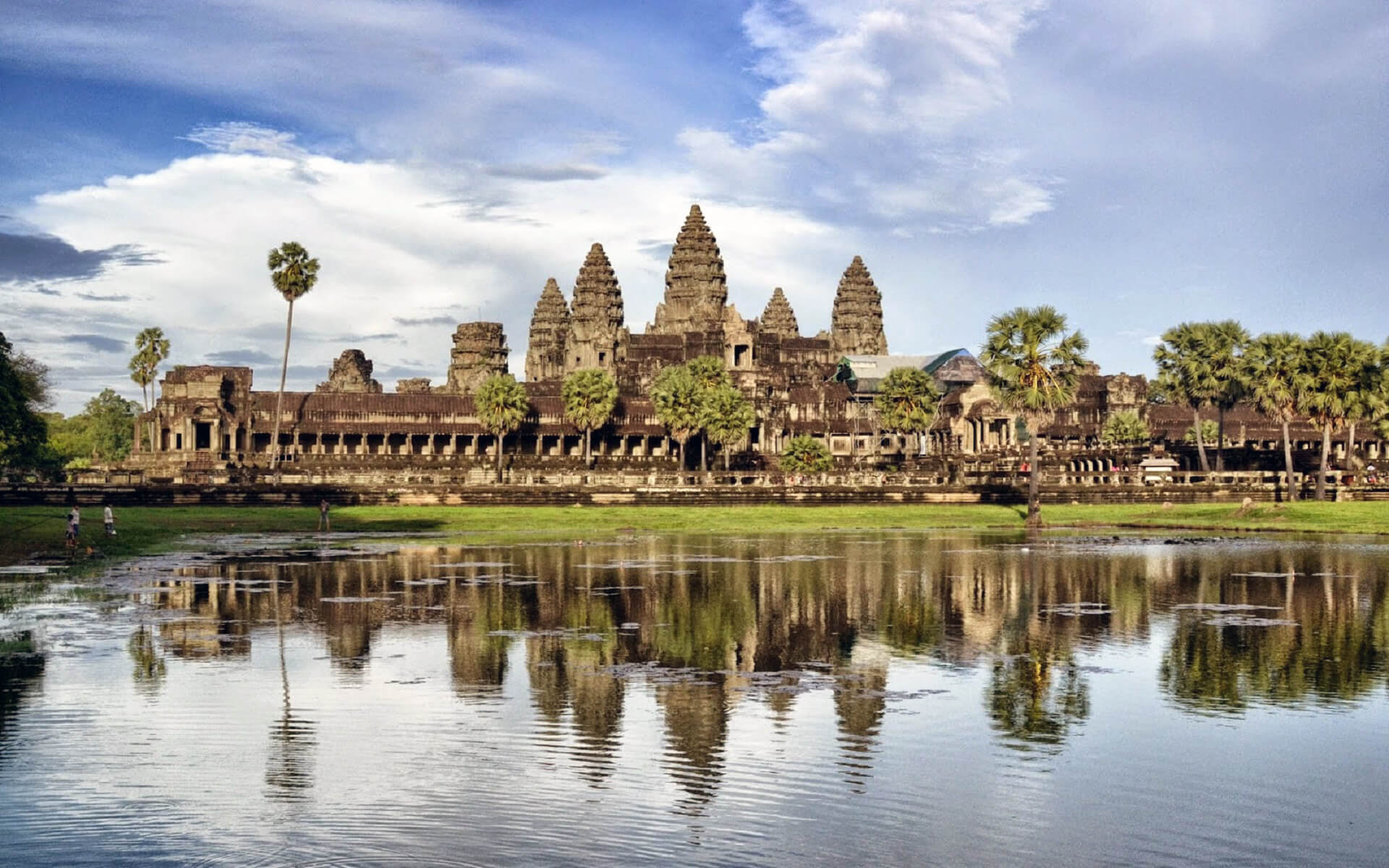 Siem Reap is the capital city of Siem Reap Province in northern Cambodia, and it is a major tourist destination as the entrance to the Angkor area.

In the Old French Quarter and surrounding the Old Market, Siem Reap contains colonial and Chinese-style buildings. Museums, traditional Apsara dance performances, a Cambodian cultural village, souvenir and handicraft stores, silk farms, rice terraces in the countryside, fishing villages, and a bird sanctuary near Tonle Sap Lake may all be found in the city.

As a major tourist destination, Siem Reap now features a significant number of hotels, resorts, restaurants, and companies associated to tourism. This is mostly due to its closeness to the Angkor temples, Cambodia’s most renowned tourist destination.

Siem Reap literally translates to “Siam Defeated.” The only rampaging hordes these days are visitors visiting the Angkor Archaeological Park. This once-quaint hamlet has grown into Cambodia’s biggest boom town and building zone. It is a relaxed and lovely location to stay when seeing the temples. Because of the big expatriate population, it is a good balance between seeing Cambodian life and enjoying the conveniences of contemporary services and entertainment. Because Siem Reap is a popular tourist destination, costs in certain cases are higher than in other parts of Cambodia. Expect virtually frequent offers for motodop and tuk-tuk rides, as well as anything else that drivers may be able to give you.

Make sure to pick up your complimentary Siem Reap Angkor Visitors Guide as well as the equally helpful Siem Reap Pocket Guide from your hotel/guesthouse. It has a lot of information on Siem Reap and the Angkor Archaeological Park, including hotel/bar/restaurant/shop information, travel information, and maps. Stay Another Day: Cambodia is a complete guide featuring local sites that help the environment and community for eco-conscious tourists. Another location is the ConCERT tourist office, which is a local NGO dedicated to promoting the standards of responsible tourism and eco-tourism operations, as well as offering information on the causes and consequences of poverty in Cambodia, as well as volunteering opportunities and eco-tours.

Siem Reap has a tropical climate that is both rainy and dry. The city is usually hot all year, with average high temperatures seldom dipping below 30 degrees Celsius in any month. Siem Reap has a rather long wet season that lasts from April to November. The remaining four months are covered by the dry season. The city receives around 1500 mm of rain each year on average.

Tourist is a vital part of Siem Reap’s economy; it was estimated in 2010 that the tourism sector employed more than half of the town’s workforce. The city has witnessed a significant growth in tourist commerce in the few decades after the end of the Khmer Rouge period, and tourism-related companies have thrived as a result of the tourism boom. Visitor numbers were insignificant in the mid-1990s, but by 2004, over 500,000 international visitors had come in the Siem Reap area, accounting for over half of all foreign tourists in Cambodia. By 2012, the number of tourists had surpassed two million. In the city, a plethora of hotels have sprouted up, ranging from 5-star hotels and stylish resorts to hundreds of low-cost guesthouses.

The majority of visitors to Siem Reap come to see Angkor Wat, Angkor Thom (approximately 6 kilometers north of the city), and other Angkor monuments. There are also several retail choices in the Psar Chas neighborhood, and the nightlife is typically lively, with a number of western-styled taverns and clubs.

The various Internet cafés charge between USD0.50 and USD1.50 per hour. The speed of the connection, as well as the speed of the PC, varies greatly depending on location. The Pub St and Alley areas are covered by a free public Wi-Fi network, however it is occasionally patchy and always painfully sluggish.

Most hotels will offer cable TV, which will provide several foreign channels such as BBC and CNN, as well as stations from neighboring countries. On 92.0MHz, there are various FM radio stations, including international broadcaster Radio France International.