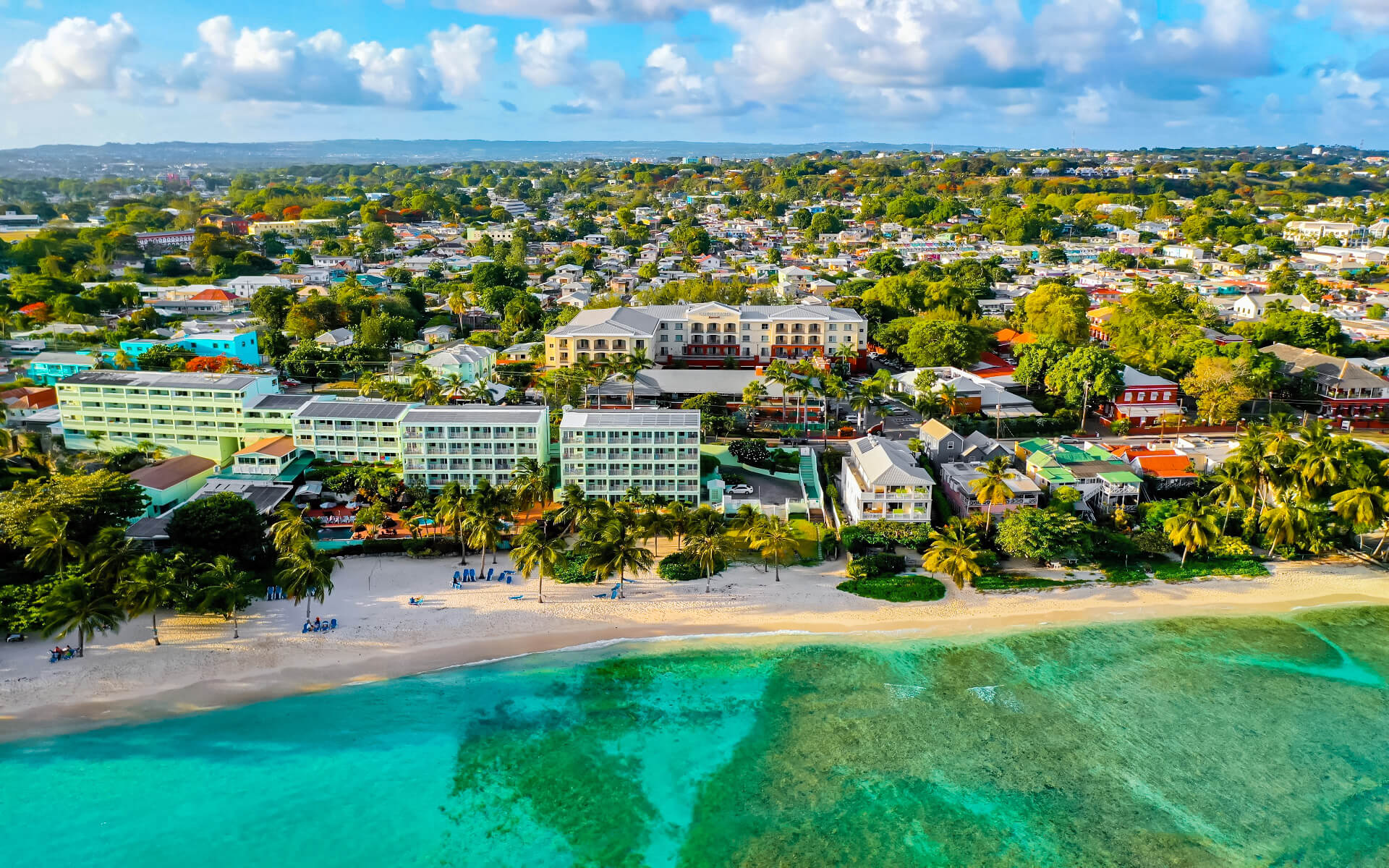 Bridgetown is the country of Barbados’ capital and biggest metropolis.

The Grantley Adams International Airport in Barbados lies 16 kilometers (9.9 miles) southeast of Bridgetown and provides daily flights to major cities in the United Kingdom, the United States, Canada, and the Caribbean.

The current site of the city was built by English immigrants in 1628, after an earlier colony at St. James Town under the jurisdiction of Sir William Courten. Bridgetown is a popular tourist destination in the West Indies, as well as a significant financial, information technology, and conference center, as well as a cruise ship port of call in the Caribbean area.

Bridgetown is Barbados’ sole city, and it is home to well over half of the island’s population. Bridgetown is a popular port of call for cruise ships, and it is well-known for its duty-free shopping as well as its cultural and historical attractions.

UNESCO designated Historic Bridgetown and its Garrison as a World Heritage Site in 2011.

St. Ann’s Garrison, St. Michael, Barbados Museum (On the western edge of the race course), The Barbados Museum, housed in the old British Military Prison, is a fantastic site to learn about the island’s history, albeit you’ll have the place to yourself. The displays begin with the formation of the coral island and quickly cover the indigenous people of Barbados, the introduction of Europeans and African slaves, and the culture of the island throughout the colonial era, slave emancipation, independence from the British, and more recent history. The little ones will like the interactive children’s area. A little concession sells cool beverages.

Bridgetown, Barbados’ St. Mary’s Church. The present Georgian structure was built in 1827, however there has been a church here since 1630.

Careenage. The Careenage, which was formerly a ship harbor, today features restaurants, bars, and shops in what were once warehouses and ship supply stores. Walk down the Careenage, which is well shielded from the open sea, with historic buildings on one side and fishing and pleasure boats on the other, stop for a rum at the Waterfront Cafe, and (with a little imagination!) you can nearly step 150 years back in time!

Barbados’ Parliament, Broad Street (Near Trafalgar Square). When parliament is in session, the neo-Gothic parliament buildings are available to the public.

Spring Garden Highway, Brandons, St. Michael Parish, Mount Gay Rum Distillery Tour Sugarcane, Barbados’ principal agricultural produce, is “rum in its early stages,” and you can observe how sugarcane is transformed into the finished product at the Mount Gay Rum Distillery. There are three kinds of tours available: Standard tour (US $8, B$16) lasts around 45 minutes and departs every hour; children are free. Cocktail tour (US $40, B$80), roughly 2 hours long, beginning at 14:00 Wednesday, includes a cocktail-making contest at the conclusion of the trip, in which tour participants create their own drinks using Mount Gay Rum and other ingredients and compete for the best cocktail. Lunch trip (about 2 hours, US $60, B$120) by reservation only. Includes an outdoor Bajan meal as well as the ever-present rum punch. It’s worth noting that the distillery’s flash website is so overblown and complex that it’s not worth your time; instead, give them a call immediately to set anything up. $8-$60 USD

Watch Cricket. Kensington Oval is comparable to Lord’s in the West Indies. If you’re fortunate enough, you may be able to catch a one-day international or a test match at the oval and get a feel of the pleasure and excitement that comes with West Indies cricket.

An afternoon at the races. Barbados has an extensive horse racing calendar, with the Barbados Derby Day and the Barbados Gold Cup Day being the most important. At the racetrack in Garrison, rub shoulders with the elite of Barbados society as well as serious punters.

Bridgetown has a tropical wet and dry climate with fairly consistent temperatures throughout the year.

Bridgetown, although quite hot, is significantly moderated by the trade winds that impact weather in Barbados in general. Bridgetown has a record high temperature of 35 °C (95.0 °F) and a record low temperature of 16 °C (60.8 °F).

The city of Bridgetown and the surrounding Greater Bridgetown region comprise the majority of the parish of Saint Michael, which occupies around 39 km2 (15 sq. mi). Bridgetown’s core was formerly a marsh, which was hastily drained and filled in to make space for the city’s early growth.

The Careenage and Constitution River go through the centre of Bridgetown. This body of water gives direct access to the city from medium-sized yachts or small craft boats. The Careenage, while being somewhat shallow, divides Bridgetown in two. The Constitution River comes into the Careenage region during the rainy season and serves as an exit for water from the island’s interior storm drainage network. The Careenage, which flows into Carlisle Bay on the island’s southwest coast, may be seen as a marina for boats entering or departing the inner basin situated just in front of Barbados’ Parliament buildings.

Sugar, rum, and molasses are the main exports of Barbados. Other sectors on the island include tourism and the offshore industry.

The headquarters of the airline REDjet are located at Grantley Adams International Airport in Christ Church, near Bridgetown.

Bridgetown also has a well-regulated stock market that trades securities from Barbadian and regional Caribbean enterprises.