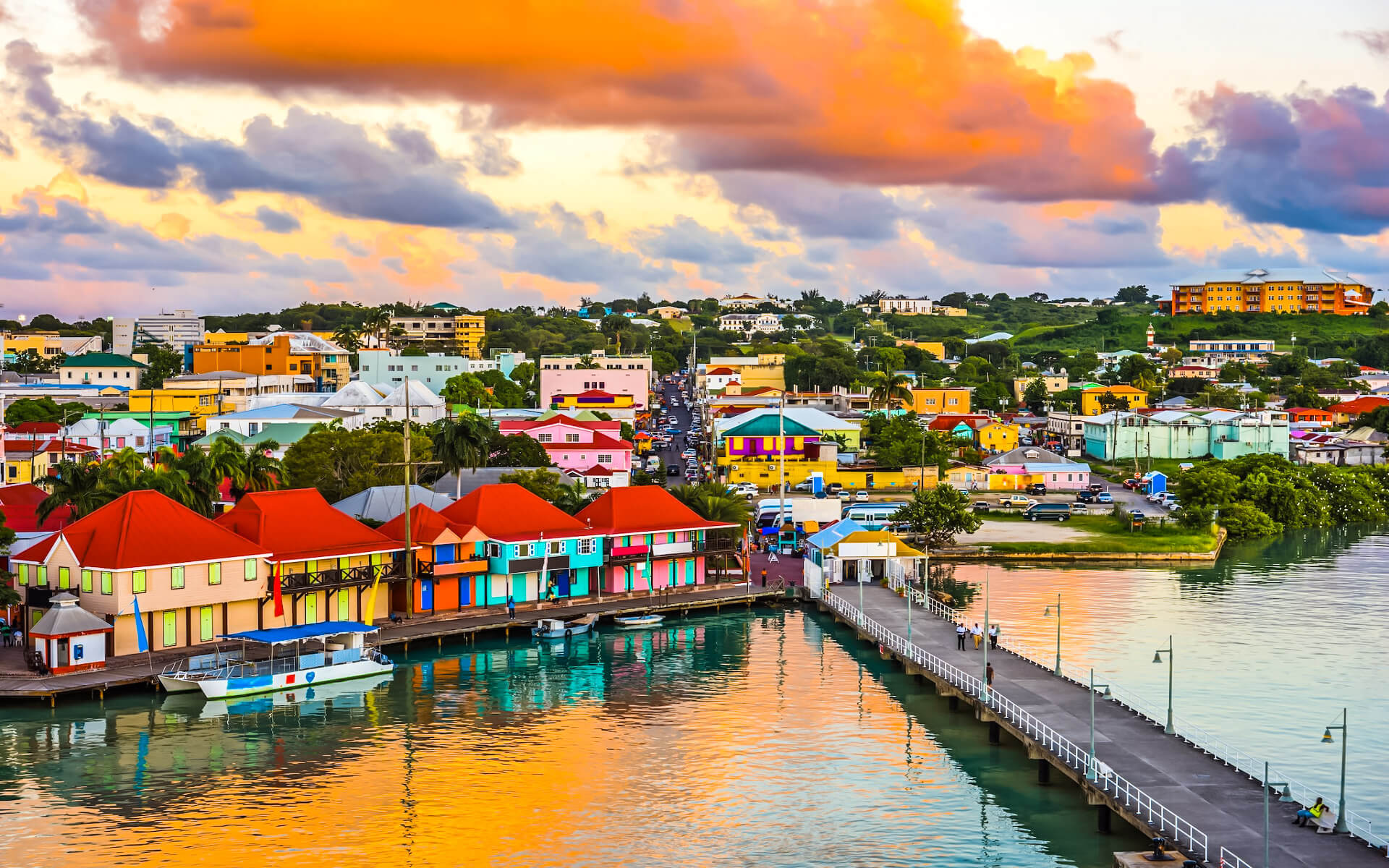 Saint John’s is the capital and biggest city of Antigua and Barbuda, a Caribbean island republic in the West Indies.

St. John’s, with a population of 81,799, is the nation’s commercial center and the island of Antigua’s main port.

St. John’s is one of the Lesser Antilles’ most developed and cosmopolitan cities. The city is well-known for its many shopping malls and stores offering designer jewelry and haute-couture apparel. There are also numerous individual, locally owned businesses offering a wide range of clothing.

Various museums, include the Antigua and Barbuda Museum and the Museum of Marine Art, a tiny facility featuring fossilised bedrock, volcanic stones, petrified wood, a collection of over 10,000 shells, and antiquities from several English shipwrecks.

The Sir Vivian Richards Stadium, located just east of St. John’s, is a multi-use stadium in North Sound that was built primarily for cricket matches and held matches during the 2007 Cricket World Cup. Antigua and Barbuda’s national stadium, the Antigua Recreation Ground, is situated in St. John’s.

The city has a large presence in the investment banking business. Many of the world’s largest financial organizations have offices in St. John’s.

Every day, fresh fruit, meats, and fresh seafood are offered in a market on the city’s southern outskirts.

The Antigua Rum Distillery, situated in the Citadel, is the island’s sole rum distillery. More than 180,000 gallons of bottled product are produced each year.