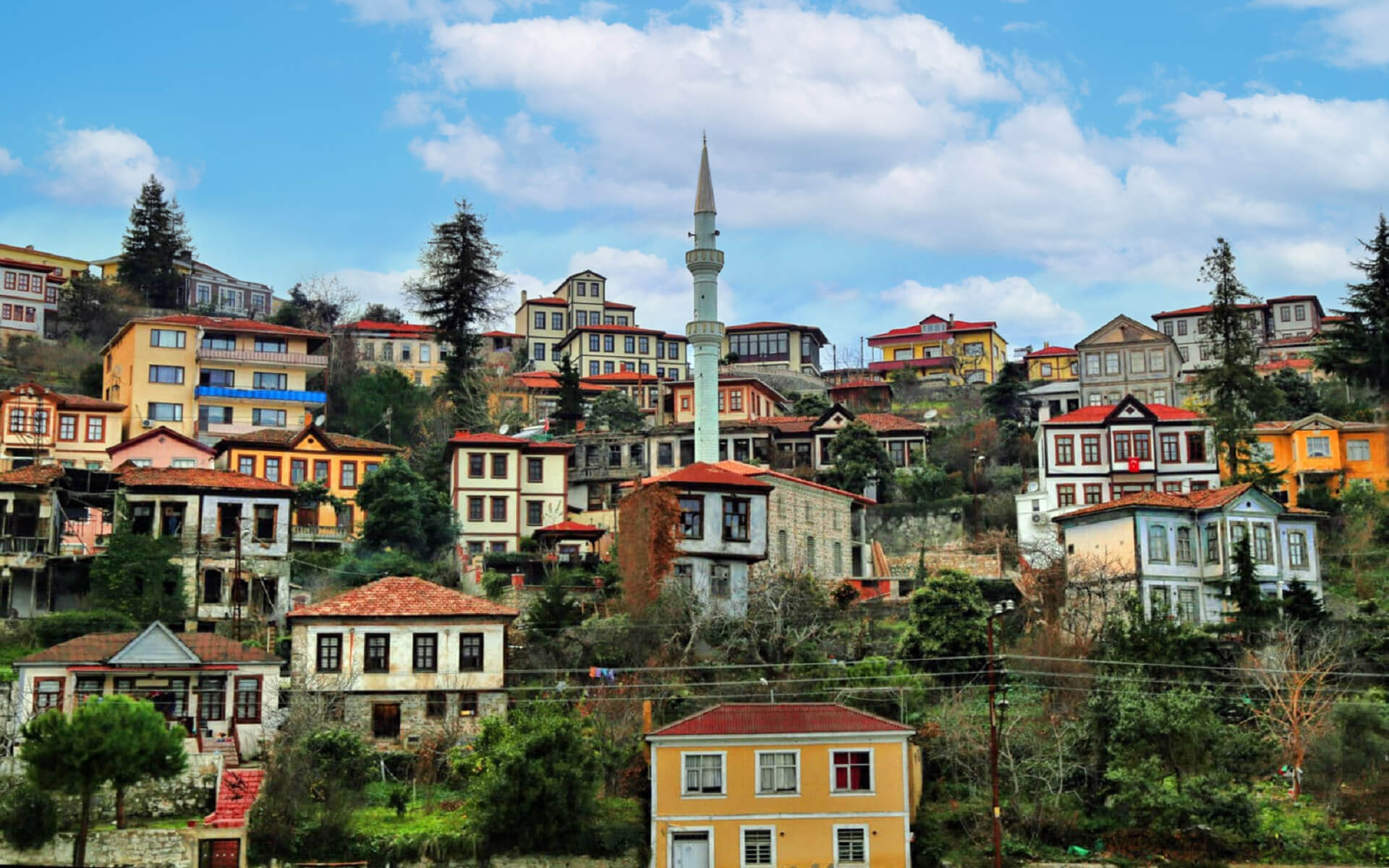 Trabzon is the capital of Trabzon Province and a city on the Black Sea coast of northeastern Turkey. For centuries, Trabzon, situated on the ancient Silk Road, was a melting pot of faiths, languages, and culture, as well as a commercial gateway between Persia (Iran) in the southeast and the Caucasus in the northeast. During the medieval era, Venetian and Genoese merchants visited Trebizond and traded silk, linen, and woolen fabric; the Republic of Genoa established an important commercial colony inside the city called Leonkastron that performed a function to Trebizond comparable to the one Galata played to Constantinople (modern Istanbul). Trabzon served as the foundation for various governments during its lengthy history, and it was the capital city of the Trebizond Empire from 1204 and 1461. Because of the prominence of its port, Trabzon became a focal point of commerce to Iran and the Caucasus throughout the early modern era.

Trabzon (formerly Trebizond) is the major city in Turkey’s Eastern Karadeniz province. Trabzon served as an independent state or empire on many times over its lengthy history, reigning over a huge region stretching from Sinope in the west to Georgia in the east, and even incorporating territories on the Crimean peninsula. Trabzon is renowned in Turkey as a welcoming, energetic, traditional, and patriotic city that is culturally unique from the rest of the nation.

Trabzon offers a variety of tourist sites, some of which date back to the period of the region’s ancient civilizations. In the city, there is a bustle of shops, booths, and restaurants encircling the Meydan, a plaza in the city center that contains a tea garden.

Trabzon is well-known in Turkey as a location for outdoor sports and natural tourism. The hilly districts of Trabzon and the surrounding provinces of Giresun and Rize provide several alternatives, however most are underdeveloped for (foreign) tourism. However, this is also what draws daring visitors and Turkish families escaping the swarms of tourists in Istanbul or the west coast to the area. Trabzon’s attractiveness really rests in its alpine scenery and distant, autonomous village life; waking up in a traditional wood shed to the sound of cowbells and the aroma of morning dew bringing the boundless flower fields into your bed. Fresh milk, corn bread, eggs, and cooked green veggies, as well as spring water direct from the faucet. To obtain this experience, you must leave Trabzon and Uzungöl and go further up the mountain slopes to communities with traditional architecture and wonderfully adorned wood mosques, or much higher, where there are ‘open air mosques’, akin to the world’s earliest mosques. Even though the people here are religious, they are not classic conservatives. It is common for men and women to interact, make jokes, and so forth. Sufism has had a great effect in these outlying areas, and many people still grow up speaking minority languages such as Romeyka Greek, Laz, or Hemsin Armenian.

Trabzon is located in a humid subtropical zone with significant precipitation all year. In the winter, there is a probability of snowfall in the city. The city’s climate is quite different from that of the hilly hinterland. Snowstorms regularly cut off the high mountain towns from the rest of the world for weeks at a time. The province’s rural life follows ancient transhumance patterns similar to those seen in the Caucasus; each community is split into many villages for each season. As a result, most communities over 1200 m stay uninhabited throughout the winter months. A tiny ski resort is located on the Zigana-pass, south of the city.

Trabzon Province encompasses 4,685 square kilometers (1,809 square miles) and is bounded by the provinces of Rize, Giresun, and Gümüşhane. The land area is divided into 22.4 percent plateau and 77.6 percent hills. The Trabzon Province is traversed by the Pontic Mountains.

Trabzon used to be an essential reference point for Black Sea navigators during bad weather. The popular idiom “perdere la Trebisonda” (losing Trebizond) is still used in Italian to describe circumstances in which one’s sense of direction has been lost. For centuries, Italian maritime republics such as Venice and, in particular, Genoa were involved in the Black Sea commerce.

The British deemed Trabzon’s port to be “the most significant of the Turkish Black Sea ports” in 1920. It traded all the way to Tabriz and Mosul. The Central Bank of the Republic of Turkey made an agreement in 1911 to build a harbor at the port. A mole was constructed during the Russian occupation of Trabzon. They constructed a breakwater and were in charge of constructing an enlarged pier to facilitate loading and unloading. Trabzon manufactured linen fabric, silver filagree, tanning, and minor quantities of cotton, silk, and wool in 1920. Tobacco and hazelnuts were sent out. Trebizond-Platana tobacco was made in Trabzon. It has “big leaves and a vivid color,” according to the description. Trabzon was noted for producing low-quality grains, the most of which were farmed for local consumption.

Trabzon developed a white green bean that was exported throughout Europe. As of 1920, it was the sole vegetable exported from the province. Trabzon was also well-known for its poultry farming. Sericulture was seen in the region before to 1914. Copper, silver, zinc, iron, and manganese were all mined in the region. Coppersmiths retained copper for local use. Due to inadequate exports and fuel shortages during the Balkan Wars, manufacturing ended.