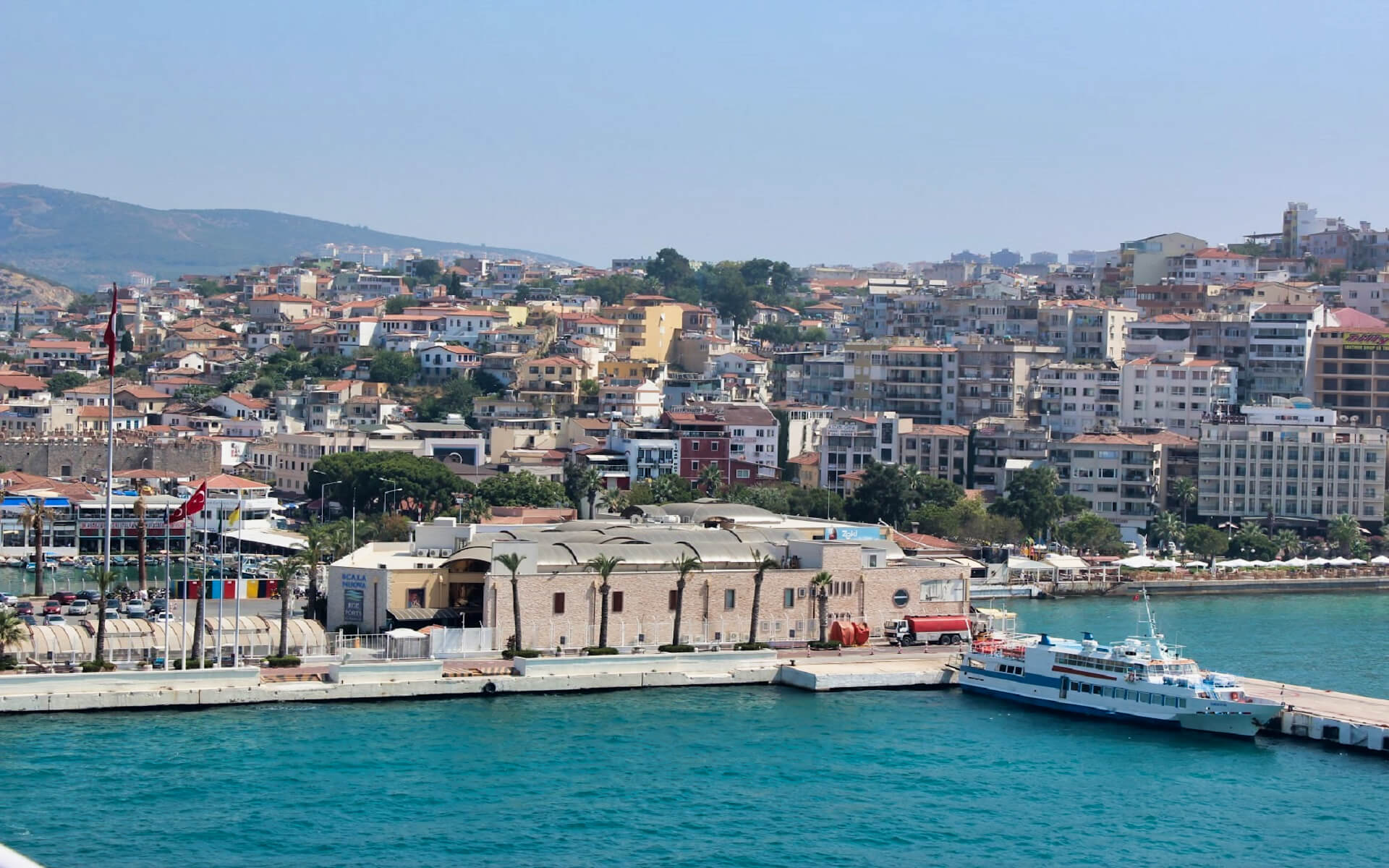 Kuşadası is a beach tourist town in Aegean, Turkey’s Aydin Province. It has become a popular vacation destination, particularly for people from Northern and Western Europe. It has a population of roughly 50,000 people, which increases dramatically during the busy season months of May to October.

Kusadasi derives its name from the Turkish phrase “Bird Island,” a reference to Pigeon Island, which is linked to the mainland by a short causeway.

The city is located in the Aegean Sea, along a gulf of the same name, with the island of Güvercin Ada linked to the mainland by a short channel on one end and the mountain of Kese Dağı behind.

It lies 95 kilometers (59 miles) south of zmir, the area’s urban center, and 71 kilometers (44 miles) from Aydn, the province capital. Selçuk to the north, Germencik to the north-east, and Söke to the east and south are its neighbors.

Kuşadası serves visitors coming by land as well as cruise ship passengers on route to Ephesus. The formerly public-owned port was leased to a private firm and rebuilt to attract luxury cruise ships in a contentious transaction in 2003. The Grand Princess, as well as other cruise ships, docks here.

There are numerous well-known local beaches in the vicinity, including Ladies Beach, the beach in the center, the beaches between the Bathan Hotel and the Nazilli Site, the beach at Güzelçamlı, and the Dilek Peninsula National Park beach, which is simply known as Milli Park by locals.

Holiday apartments and villas are sold via agents.

For example, there is a big project named Star Neighborhood City, as well as a villa project called Beverly Hills.

According to data, the city considers land and flats to be a safe investment, with capital appreciation of up to 7%.

There are merchants selling ice cream, carpet, leather, and software, as well as booksellers offering books in English, German, Russian, and other languages.

Relatively ancient homes along the beach, some of which have been transformed into bars and cafés, are the last remains of old Kuşadası, which has evolved into a contemporary, European-looking town. The hills beyond have been developed with enormous hotels and complexes of vacation apartments. The construction boom that began in the late 1980s and has lasted deep into the Kuşadası hinterlands.

Kusadasi is served by the (+90) 256 area code, which is also shared by other adjacent interior cities and villages, including Aydn.