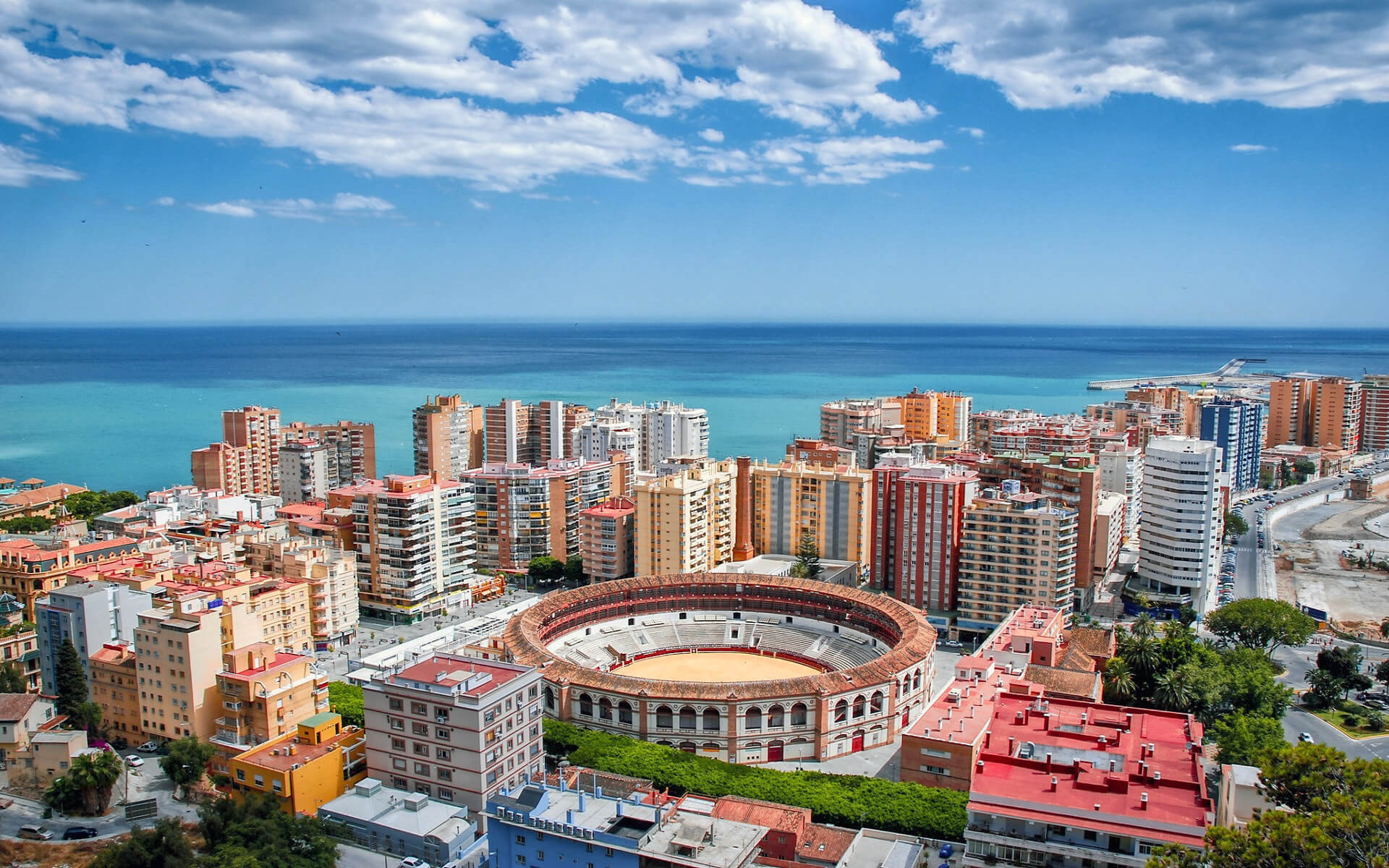 Málaga is a municipality in the Autonomous Community of Andalusia, Spain, and the headquarters of the Province of Málaga. It is the second most populated city in Andalusia and the sixth biggest in Spain, with a population of 569,130 in 2015. It is Europe’s southernmost significant city, located on the Costa del Sol (Coast of the Sun) on the Mediterranean, about 100 kilometers (62.14 miles) east of the Strait of Gibraltar and approximately 130 kilometers (80.78 miles) north of Africa.

Málaga has a 2,800-year history, making it one of the world’s oldest cities. It was built as Malaka by the Phoenicians in 770 BC, and it was under the rule of Ancient Carthage from the 6th century BC. The Roman Republic and, subsequently, the Roman Empire governed it as Malacca beginning in 218 BC (Latin). After the collapse of the empire and the end of Visigothic power, it was subject to Islamic rule as Mlaqah () for 800 years until being reclaimed by the Crown of Castile in 1487 during the Reconquista. The archaeological remains and monuments from the Phoenician, Roman, Arabic, and Christian centuries make the city’s historic center a “open museum,” showcasing its more than 3,000-year history.

This vital cultural infrastructure and creative history have resulted in Málaga’s selection as a contender for the 2016 European Capital of Culture.

Pablo Picasso, the globally recognized painter and sculptor, Solomon Ibn Gabirol, the Hebrew poet and Jewish philosopher, and actor Antonio Banderas were all born in Málaga. “Malaguea,” Ernesto Lecuona’s magnum work, is titled after the music of this area of Spain.

Tourism, construction, and technological services are the most prominent commercial sectors in Málaga, although other industries such as transportation and logistics are starting to grow. Since its inception in 1992, the Andalusia Technology Park (PTA) in Málaga has seen substantial expansion. Málaga is the primary economic and financial center of southern Spain, the home of the region’s biggest bank, Unicaja, and Spain’s fourth-largest city in terms of economic activity, after Madrid, Barcelona, and Valencia.

Málaga is the seat of the Málaga Province and a prominent city in the southern Spanish region of Andalucia. Málaga, the biggest city on the Costa del Sol, has a typical Mediterranean climate and is also recognized as Picasso’s birthplace. Beaches, hiking, architectural landmarks, art museums, and good shopping and gastronomy are all available in the city. Málaga, while more relaxed than Madrid or Barcelona, is still the center and transportation hub for the hugely popular Costa del Sol region, which is flooded with tourists in the summer, and the city has certainly cashed in on the sun and sand, with lots of new construction as well as hotels and facilities geared toward tourists. Málaga, on the other hand, has some really significant historical and cultural sites in its old city, and its location on the coast is still lovely.

Málaga’s nightlife will make you believe that no one sleeps in this town, even during the week! However, it is notably crowded from Thursday to Sunday, when people purchase their beverages in shops and consume them at night in regulated areas known as “botellodromos” in the city center before heading to the clubs.

Málaga spent substantially in the arts in the early twenty-first century (more than 100 million euros in ten years) to attract visitors and position itself as a cultural Andalucia destination with 28 museums.

The climate is subtropical-Mediterranean, with moderate winters and scorching summers. Málaga has abundance of sunlight all year, with an average of approximately 300 days of sunshine and just about 50 days of precipitation. Its seaside position, along with breezes from the Mediterranean Sea, keeps the heat at bay throughout the summer.

The annual average relative humidity is 65%, ranging from 58% in June to 72% in December. Yearly sunlight hours range between 2,800 and 3,000 per year, ranging from 5–6 hours per day in December to an average of 11 hours per day in July. Rain falls mostly in the winter, with the summer being mostly dry. Málaga is one of the few European cities that is “green” all year.

Málaga is Spain’s fourth-largest economic activity city, after only Madrid, Barcelona, and Valencia.

Tourism, construction, and technological services are the most prominent commercial sectors in Málaga, although other industries such as transportation and logistics are starting to grow. The Andalusia Technology Park (PTA) (In Spanish, “Parque Tecnológico de Andaluca”), situated in Málaga, has grown significantly since its opening by King Juan Carlos in 1992. This high-tech, research, and industrial park included 509 businesses and employed approximately 14,500 people in 2010.

In accordance with the city’s strategic plan, the campaign “Málaga: Open for Business” is aimed towards worldwide promotion of the city on all levels, but particularly on the business level. In order to promote the city as a reference and focus point for numerous worldwide commercial efforts and projects, the campaign lays a strong emphasis on new technology, as well as innovation and research.

Málaga is a commercial city, and tourism is a growing source of revenue, thanks to the presence of a major airport, improved communications, and new infrastructure such as the AVE and the maritime station, as well as new cultural facilities such as the Picasso Museum, the Contemporary Art Centre, and the Trade Fair and Congress, which have attracted more tourists.

The city is home to the International Association of Science and Technology Parks (IASP) (Asociación Internacional de Parques Tecnológicos), and a group of IT executives and business leaders have launched Málaga Valley e-27, an information sector initiative that aims to make Málaga Europe’s Silicon Valley. Málaga has had rapid expansion in new technology businesses, namely in the Andalusia Technological Park, as well as in the construction industry. The city is home to Unicaja, Andalusia’s largest bank, as well as Mayoral, Charanga, Sando, Vera, Ubago, Isofoton, Tedial, Novasoft, Grupo Vértice, and Almeida viajes, as well as other multinationals such as Fujitsu Spain, Pernod Ricard Spain, Accenture, Epcos, Oracle Corporation, Huawei, and San Miguel.