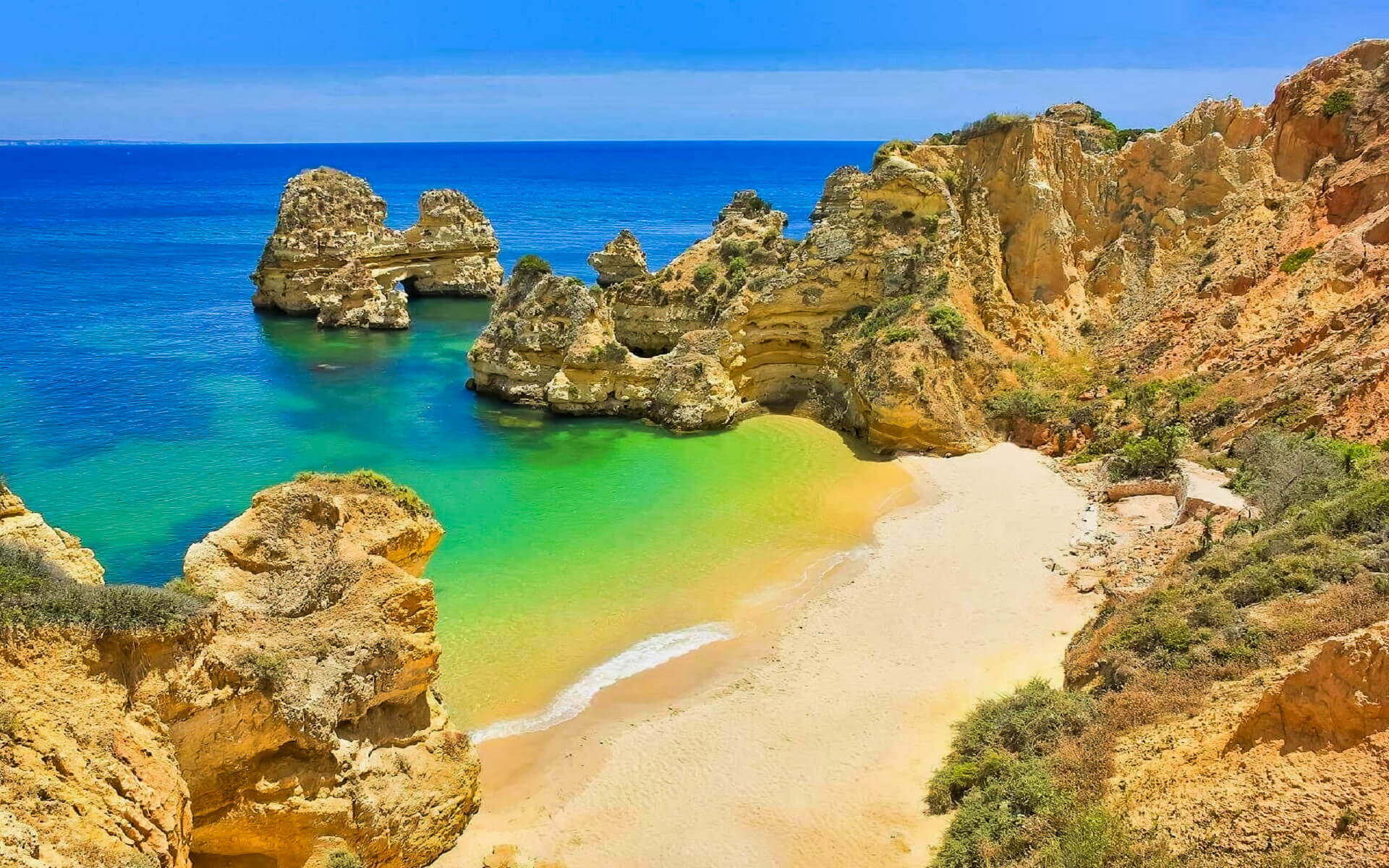 Lagos (meaning lakes, from the Latin lacobrica) is a municipality in the Barlavento district of the Algarve, in southern Portugal, located near the mouth of the Bensafrim River and beside the Atlantic Ocean. In 2011, the population was 31,049 in an area of 212.99 km2. Lagos’s main town (which comprises just the parish of So Sebastio e Santa Maria) has a population of about 22,000 people. These figures often rise during the summer months due to an inflow of visiting tourists and seasonal inhabitants. While the bulk of the population lives near the coast and works in tourism and services, the interior area is sparsely populated, with agriculture and forestry being the primary industries.

Lagos is one of the most popular tourist destinations in the Algarve and Portugal, thanks to its many tourist-friendly beaches, rock formations (Ponta do Piedade), cafés, restaurants, and hotels, as well as its bustling summer nightlife and parties. Lagos, on the other hand, is a historic center of the Portuguese Age of Discovery, a frequent residence of Henry the Navigator, a historical shipyard, and, at one time, a center of the European slave trade.

The Algarve stands out as a distinct stratigraphic and morpho-tectonic area due to its geographical location (east-northeast to west-southwest orientation) and lithological variety. It is a peripheral Carboniferous unit of the Variscan orogeny, including Mesozoic and Cenozoic sedimentary strata formed on two completely independent overlapping basins. Sediments developed from continental (fluvial red sandstone) to shallow marine throughout the whole area between the Middle-Upper Triassic and the Hettangian, including evaporates, tholeiite fissural magmas, lava flows, volcanic ash, and pyroclasts.

The Lagos region is consistent with the Middle Miocene Lagos-Portimo formation (a band that runs down the coast from Lagos to Albufeira, bordering the Serra do Caldeiro to the north) and corresponds to marine sedimentation over a very stable, although slightly distorted limestone shelf platform. During the intra-Miocene (about 2.4 Ma), a period of quiet resulted in widespread exposure and the formation of karst, which impacts the current shoreline. This profile’s prominent horizontal bending in the Lagos cliffs, like the rest of the Lagos-Portimo formation, is created by alternating bands of siliciclastic and calcareous lithologies. The cliffs are very unstable due to the low degree of cementation in the strata. The littoral and cliff sands are dominated by diverse bivalve species, bryozoans, bigger benthic foraminifers, and coralline algae, with modest contributions of echinoids and balanids, reflecting a warm-temperate climatic regime’s shallow-water depositional system. Cerro das Mós, which generated a big crocodilian (Tomistoma schlegelii) tooth many years ago, has also produced several Odontoceti teeth. These may be traced back to the Serravallian, which is the earliest marine animal occurrence in the Algarve.

Lagos’ economy, like that of many other coastal cities in Portugal, has always been inextricably tied to the sea, and fishing has been a significant business since prehistoric times. Since 1960, the city has embraced tourism, which has grown to become its primary economic activity. It features wonderful beaches, a pleasant temperature, the sea, a stunning coastline, and a rich historical heritage.

The Marina de Lagos contains 460 berths and has become a popular destination for long-distance cruisers. It is especially notable for its new drawbridge.

Lagos Station serves as the western terminal of the railway line that runs from Vila Real de Santo António to Lagos (via Tavira and Faro). Comboios de Portugal operates the passenger rail service (CP). Train connections to Lisbon and Porto are available at Faro.