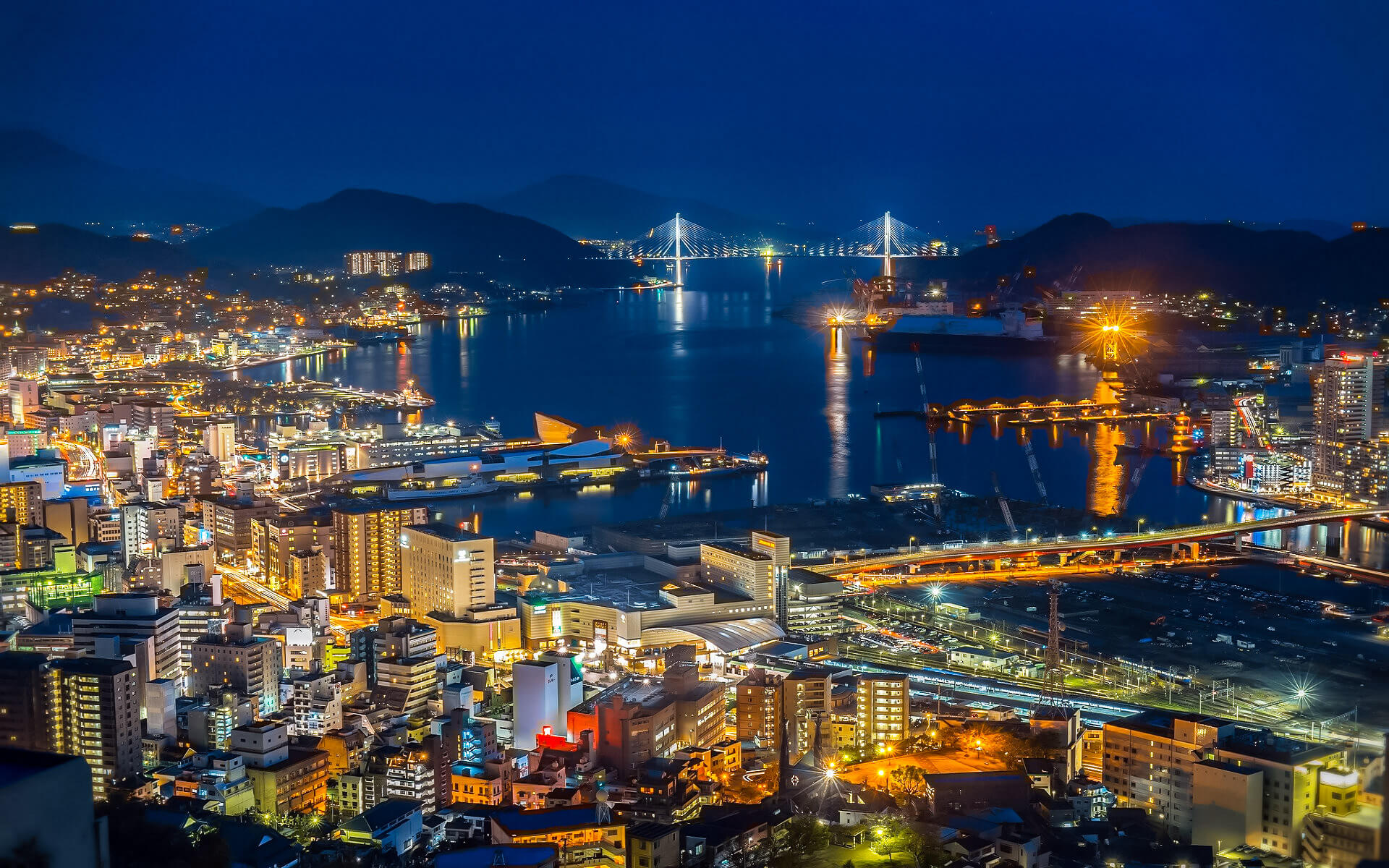 Nagasaki is the capital and biggest city of Nagasaki Prefecture on the Japanese island of Kyushu. It was a center of Portuguese and Dutch influence from the 16th to the 19th century, and Nagasaki’s churches and Christian sites have been recommended for inclusion on the UNESCO World Heritage List. During the First Sino-Japanese War and the Russo-Japanese War, a large Imperial Japanese Navy base was located in Nagasaki. Its name translates as “long cape.”

During World War II, the American atomic bombs of Hiroshima and Nagasaki rendered Nagasaki the world’s second and, to date, only nuclear-attacked city.

Nagasaki has the typical humid subtropical climate of Kysh and Honsh, with moderate winters and lengthy, hot, and humid summers. Aside from Kanazawa and Shizuoka, it is the wettest large city in Japan, if not all of temperate Eurasia. In the summer, the combination of high humidity and prolonged heat creates uncomfortable circumstances, with wet-bulb temperatures sometimes exceeding 26 °C (79 °F). However, in the winter, Nagasaki is drier and sunnier than Got to the west, and temperatures are somewhat warmer than farther inland in Kysh. The wettest month since records started in 1878 has been July 1982, with 1,178 millimetres (46 in), including 555 millimetres (21.9 in) on a single day, while the driest month has been September 1967, with 1.8 mm (0.07 in). Precipitation occurs all year, however winter is the driest; rainfall peaks in June and July. The month of August is the hottest of the year. A snowfall of 17 centimetres (6.7 in) was reported on January 24, 2016.

Within the city borders are the Nagasaki and Nishisonogi Peninsulas. The cities of Isahaya and Saikai, as well as the villages of Togitsu and Nagayo in Nishisonogi District, surround the city.

Nagasaki is located at the head of a lengthy bay that creates the finest natural port on Kysh. The city’s major business and residential center is located on a tiny plain at the bay’s edge. The two major valleys in which the city is located are formed by two rivers separated by a mountain spur. The geography limits the city’s densely populated region to fewer than 4 square miles (10 km2).