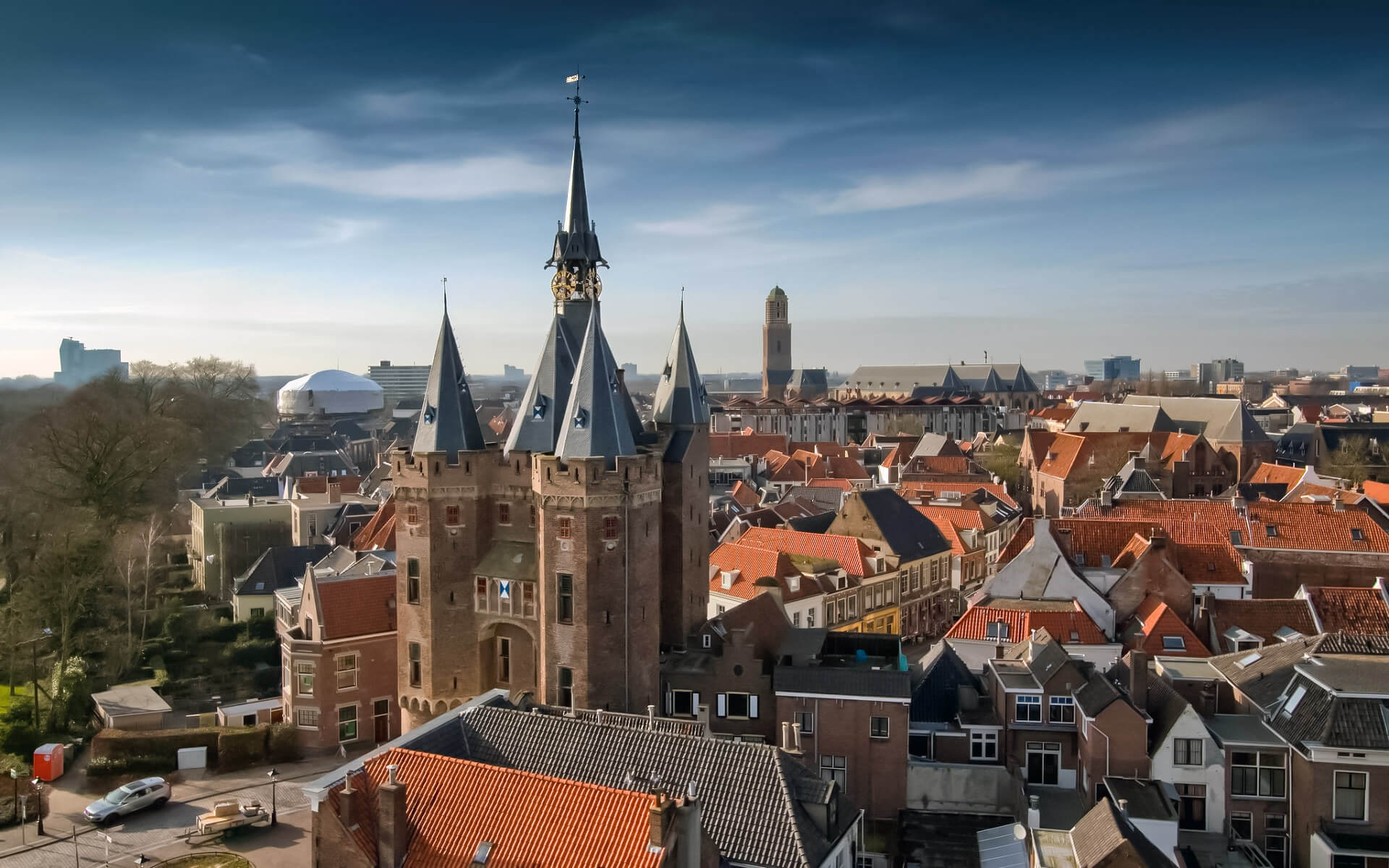 The Dutch city of Zwolle has a population of 120.000 people and, while being smaller than Enschede, acts as the provincial capital of Overijssel. It is renowned as a “green city” because of its numerous parks and the municipality’s attempts to keep them in good condition via sustainable activities. Zwolle is bordered by rivers and is at the crossroads of many natural zones. Its well-kept town center, with an abundance of ancient buildings and a nice city feel, is one of the key attractions for tourists.

The majority of the city’s 14th century defense walls have been demolished, although a few sections remain. It’s not difficult to imagine the extent of the walled city from late Medieval times to the 17th century Dutch Golden Age, especially when combined with the few remaining city gates, some towers, and canals. This section, the ancient city center inside the canal ring, is the most picturesque portion of town and is home to a number of other historic structures.

Zwolle is known as one of the country’s “greenest” cities, with no fewer than 33 parks on its municipal grounds. Many are little, but they are all well-kept, and if feasible, sustainable and ecologically friendly approaches are employed for all essential maintenance chores. A walk or a summer picnic are great ways to get away from the city noise. One or two of the parks feature old cemeteries, and the majority offer a playground for children.

Zwolle is a regional retail center with a diverse assortment of stores. All the chain stores that other big Dutch cities have been there, as well as a variety of smaller boutiques and family businesses. There’s plenty of chance for an enjoyable day of shopping when you combine it with the nice environment and plenty of cafés and eateries.