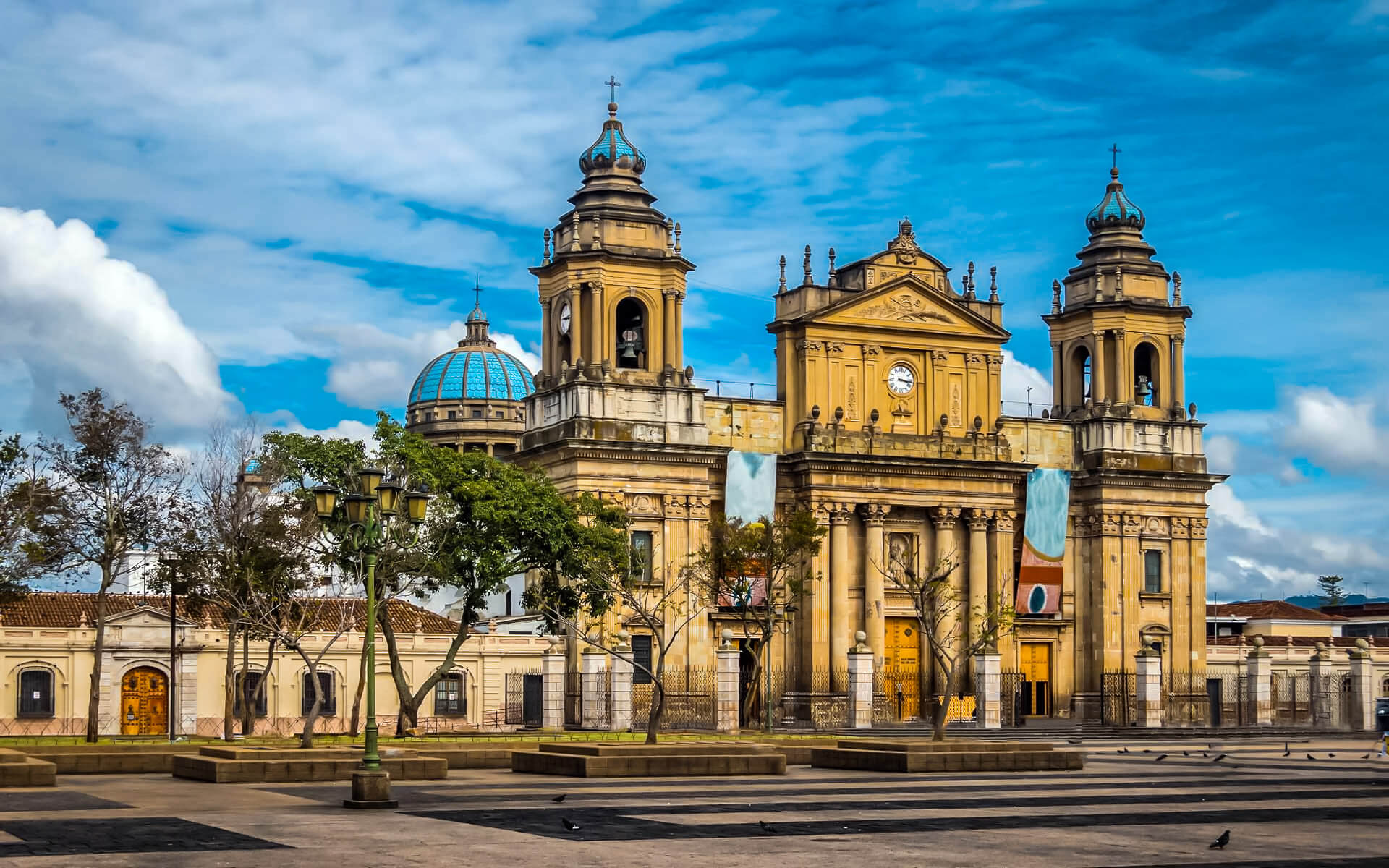 Guatemala City (also known as Guatemala or Guate) is the capital and biggest city of Guatemala, as well as the most populated city in Central America.

The city is situated in the country’s south-central region, tucked in a mountain valley known as Valle de la Ermita in Spanish. In 2013, the metropolitan population of Guatemala City was estimated to be at least 4.5 million people.

After an earthquake demolished Antigua Guatemala in 1773, Guatemala City became the capital. Guatemala Metropolis is the country’s biggest and most modern city. Guatemala City features sights and restaurants, although it is generally deserted by visitors. Sunday evening gatherings of hundreds of residents in the main square are undoubtedly memorable.

From the city, four stratovolcanoes may be seen, two of which are active. Pacaya is the closest and most active, erupting a significant quantity of ash at times. These volcanoes are located to the south of the Valle de la Ermita and serve as a natural barrier between Guatemala City and the Pacific lowlands that characterize Guatemala’s southern regions. Agua, Fuego, Pacaya, and Acatenango are part of a chain of 33 stratovolcanoes that spans from the Salvadorian border to the Mexican border in Guatemala.

The Guatemalan highlands and the Valle de la Ermita, which are located on the Ring of Fire, are often disturbed by severe earthquakes. The Motagua Fault, a left-lateral strike-slip fault that marks the border between the Caribbean Plate and the North American Plate, was the site of the last significant earthquake to impact the Guatemala City area in 1976. The magnitude of the 1976 incident was 7.5 on the moment magnitude scale. Smaller, less violent earthquakes are common in Guatemala City and its vicinity.

During the rainy season, torrential downpours akin to the more renowned monsoons occur often in the Valle de la Ermita, resulting in flash floods that sometimes inundate the city. Some of the slums located on the steep sides of the canyons that crisscross the Valle de la Ermita are swept away and buried beneath mudslides as a result of these high rains, like in October 2005. Tropical waves, tropical storms, and hurricanes sometimes hit the Guatemalan highlands, bringing heavy rainfall to the Guatemala City area and triggering these devastating mudslides.

By far Guatemala’s wealthiest and most powerful regional economy, Guatemala City is the biggest market for products and services, with the most investment prospects for both public and private investors in the country. Regional private banks, as well as foreign direct and capital investment, mostly from the United States, provide financing for these initiatives. The city’s huge customer base and sophisticated service sector are reflected by the city’s prominent department store chains, which include Siman, Hiper Paiz & Paiz (Walmart), Price Smart, ClubCo, Cemaco, Sears, and Office Depot.