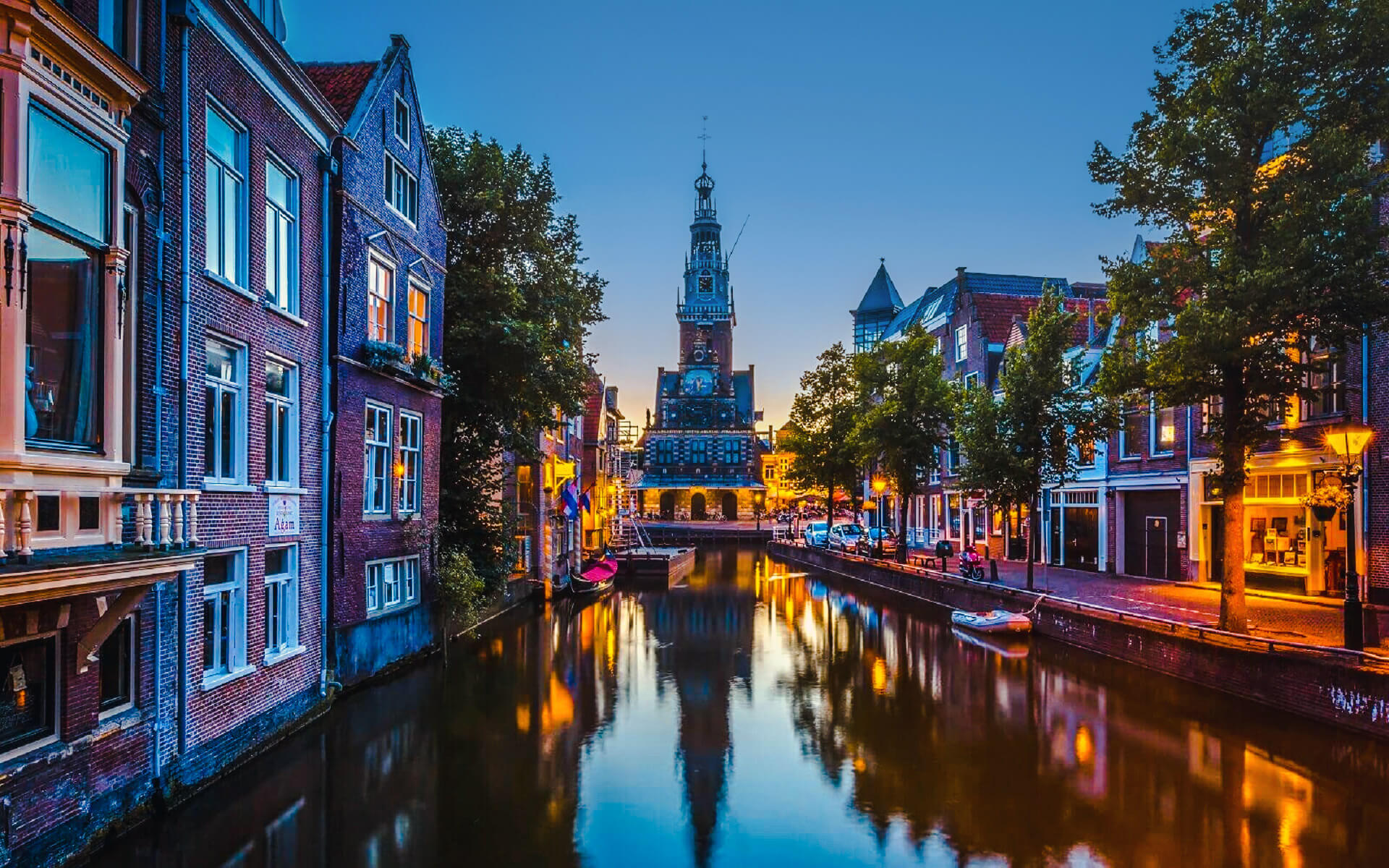 Alkmaar is a historic city in the Dutch province of North Holland, some 10 kilometers inland from the coast and 40 kilometers north-west of Amsterdam. The city has a population of roughly 95 000 people, while the urban area as a whole has nearly double that amount. Alkmaar is the regional headquarters for the Province’s northern area, servicing around 600,000 inhabitants. The city center features several ancient structures and retains the 17th-century plan of canals and small alleys (and some ugly new ones). From Alkmaar, you can easily reach the adjacent beaches and dune areas. Inland is a historic agricultural environment with 17th century polders, one of which is a UNESCO World Heritage Site (De Beemster).

Many medieval structures in Alkmaar are still standing, most notably the lofty tower of the Grote of Sint-Laurenskerk, where many Alkmaar residents have their wedding ceremonies. The second major draw, particularly during the summer months, is Alkmaar’s cheese market at the Waagplein, which is one of the country’s most famous tourist destinations. The cheese market is typically held on the first Friday of April, and the last market of the season is held on the first Friday of September. The Waagplein serves as the background for this historic cheese market every Friday morning (10:00–12.30 a.m.). Traders and couriers will weigh the cheeses after the traditional hand clap. It is one of just four remaining traditional Dutch cheese markets. The typical food of this cheese market is cheese manufactured in the local region, as opposed to well-known Dutch cheese brands such as Edam and Gouda. It is not possible to purchase cheese at the market, which is only a representation of how this merchants’ market functioned in the past. However, the demonstration, which takes place in front of the medieval weighing house, is flanked by several specialized kiosks where all types of cheese (and non-cheese) related goods may be purchased. The Waag also houses the local tourism bureau as well as a cheese museum. Alkmaar contains 399 recognized rijksmonuments, the majority of which are located along the city’s historic canals.

Alkmaar features two huge theaters as well as a large cinema (which was originally two cinemas). Achterdam has a red light area, while Alkmaar has a nightlife culture that takes place at the bars in front of the cheesemarket.