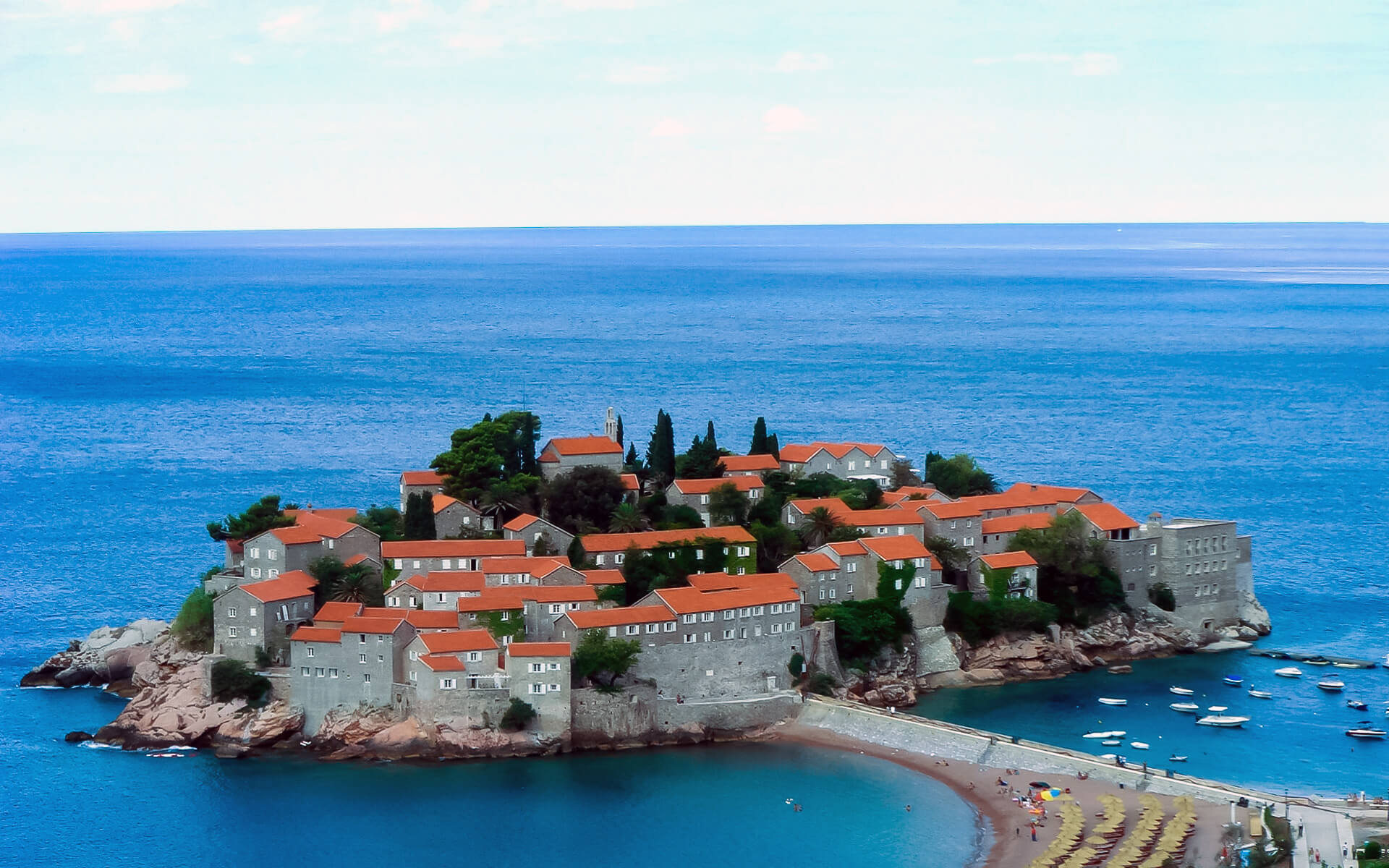 Budva is a Montenegrin seaside tourist resort. Because it is the most busy and popular tourist destination in Montenegro, boasting beaches and a bustling nightlife, it is frequently referred to as “Montenegrin Miami.”

Budva is on the middle portion of the Montenegrin shore, known as “Budvanska Rivijera.” It grew up around a little peninsula on which the ancient town is located. With a historic town, restaurants and nightclubs, and beaches largely made up of tiny pebbles, it is by far the most frequented location in Montenegro, drawing mostly domestic, Russian, Serbian, and other Eastern European visitors. It serves as a hub for mass tourists, while luxury resorts like as Sveti Stefan and Miloer are nearby.

Budva has up to 35 beaches, most of which are rock with a little sand (8 beaches are marked with blue flags).

The day and nightlife, especially during the summer, provides an opportunity to enjoy theatrical plays and concerts, music events, and entertainment activities.

Many nightclubs use go-go dancers to attract customers, and families may be disturbed by the open exhibition of almost nude females on the street. All the action takes place mostly on one street, the main promenade.

Budva looks to be experiencing unplanned, unrestrained expansion, with towering unsightly apartment complexes and hotels sprouting up everywhere there is free space, which, sadly, includes straight on the beach.

Budva may be disappointing and tacky to some visitors due to overcrowded beaches with chairs, umbrellas, and loud music in certain spots. Prices for meals and lodging are also much higher than in less popular locations.

The ancient town lies next to the marina, where the rich berth their luxury boats. The old town is modest but lovely, with restaurants and stores offering high-priced luxury products.

Although Budva is noteworthy for its lengthy history and beautifully-preserved Old Town, it is not widely recognized as a tourist or cultural tourism destination. Budva, unlike Kotor or Dubrovnik, has the impression of a busy beach resort with a lively and energetic environment and an active nightlife.

The Budva Riviera has some of the most beautiful beaches in the south Adriatic, as well as the most agreeable temperature in Montenegro. Mogren beach, nestled behind the cliffs of the Spas hill, between cape Mogren and the Avala hotel, is undoubtedly the most recognized and most picturesque of the Budva city beaches. The beach is isolated from the city by the Spas hill slopes that drop to the sea, and it can only be reached via a 250m long narrow road along the cliffs. Other city beaches include the modest Ričardova glava (“Richard’s Head”) and Pizana beaches, which are located near the Old Town, as well as the 1.6 km (1.0 mi) long Slovenska plaža (Slav beach), which covers the majority of the city’s shore.

However, the bulk of Budva Riviera’s beaches are located outside of the municipal limits. Jaz Beach is a long and wide beach west of Budva, with a famous concert and festival site as well as a campground. Bečići is a vacation town located south-east of the city, separated from Budva by the Zavala peninsula.

Further south, various tiny beaches and villages make up the more upscale and private Budva Riviera. This is notably true for the famed town of Sveti Stefan, but also for several lesser Paštrovići communities in the vicinity, which were originally inconspicuous fishing villages. The region around Sveti Stefan and Pržno, including the Miločer resort with its park and quiet beaches, is regarded as the most private on the Montenegrin coast.

The settlement of Petrovac and the undeveloped Buljarica field are located in the extreme south of the municipality of Budva.

Sveti Nikola Island is situated 1 kilometer (0.6 miles) across the Budva harbor from Old Town. It is a mostly undeveloped island with some stunning beaches. It is a popular excursion location for people visiting Budva since it is well linked to the mainland by water bus.

Budva is locally known as the nightlife capital of the East Adriatic Sea. The first nightclub in Budva appeared in the 1980s as a dance club attached to a hotel. But by the 1990s, the club scene had grown like a mushroom. Numerous outdoor clubs are open along the coast of Budva. This trend continued until the 2000s, with numerous bars, pubs and restaurants in the old town and its promenade, with two major clubs, Top Hill and Trocadero, dominating the club scene.

Budva is home to the Adriatic Fair (Jadranski sajam), Montenegro’s sole specialist exposition location. It hosts a number of trade fairs throughout the year, including Montenegro’s only car show, which is held each fall.

Budva is also renowned for gambling tourism, since several hotels have associated casinos. The Maestral hotel and casino in Pržno are especially popular with foreign gamblers, although other major hotels have also drawn European players. The namesake casino at the fictitious Montenegrin Hotel Splendide is featured in the 2006 James Bond film Casino Royale, raising Budva’s popularity as a gambling destination.

Don’t be concerned about not being able to connect Because the whole Stari Grad is covered with free municipal Wi-Fi that works pretty well. You may also get free Wi-Fi in the Marina area.

Always be careful while inputting critical information (banking information, email passwords) over public Wi-Fi since you never know who is on the other end of the connection. A private VPN is a secure approach to safeguard your data.