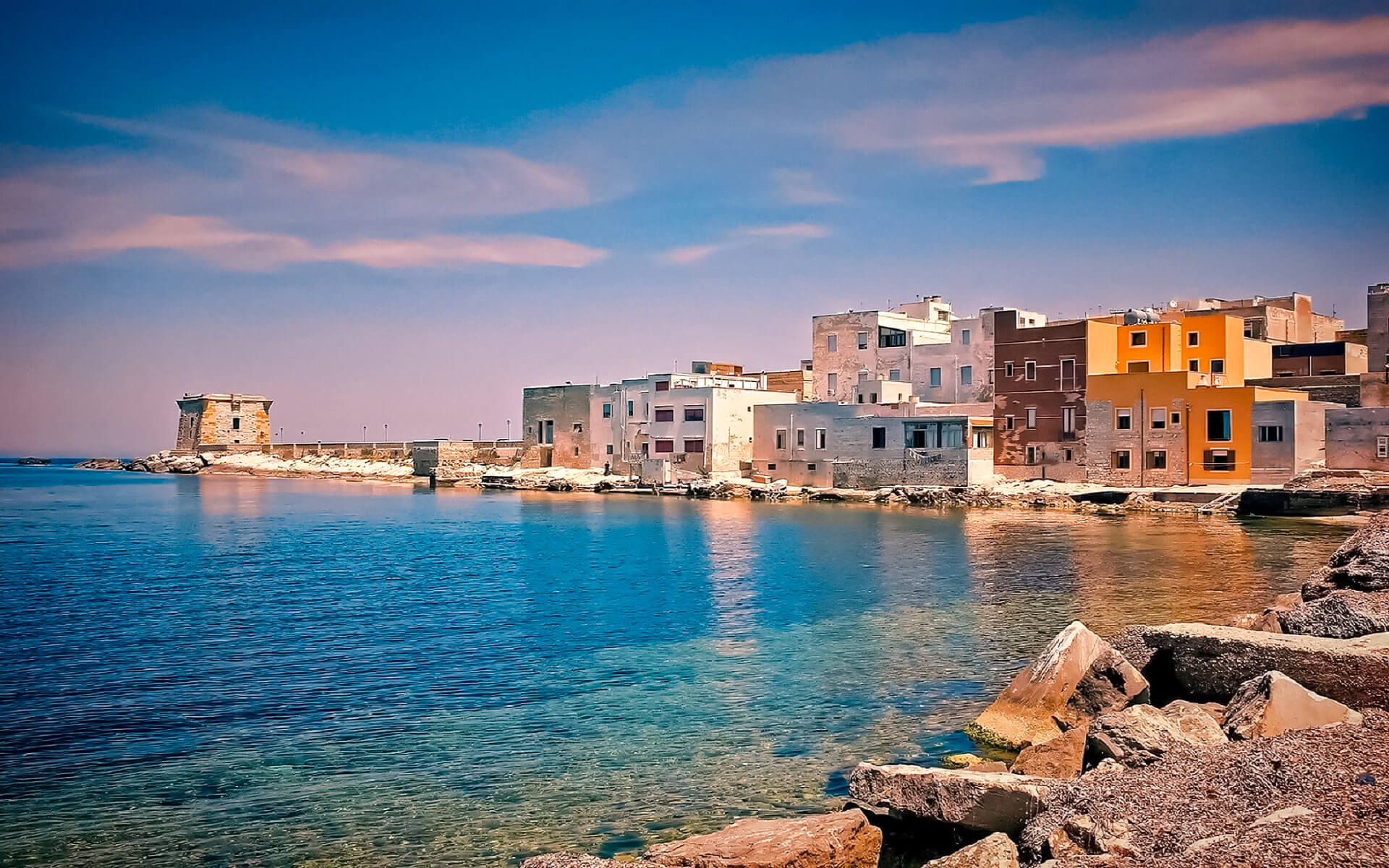 Trapani (TRAH-pah-ni) is a port city and the capital of Trapani province in Sicily’s northwestern region. Trapani has a dynamic environment as a result of its capital status and commercial operations as a port. It has a long history, and many old structures have been maintained. Traditions from the past are treasured. The city, with its marina and beaches, is becoming more popular as a tourist destination as a result of the availability of an international airport. Every year, the number of cruise ships calling in the city grows. Trapani is an excellent base for day excursions or further exploration of Sicily for the independent tourist.

Trapani’s economy is still heavily reliant on the sea. The primary local industries are fishing and canning, with fishermen adopting the mattanza method to get tuna. Coral, salt, marble, and marsala wine are among key exports. The neighboring shore is dotted with salt-pans.

The city also serves as a ferry hub, having connections to the Egadi Islands, Pantelleria, Sardinia, and Tunisia. The Trapani-Birgi Airport is also located there.