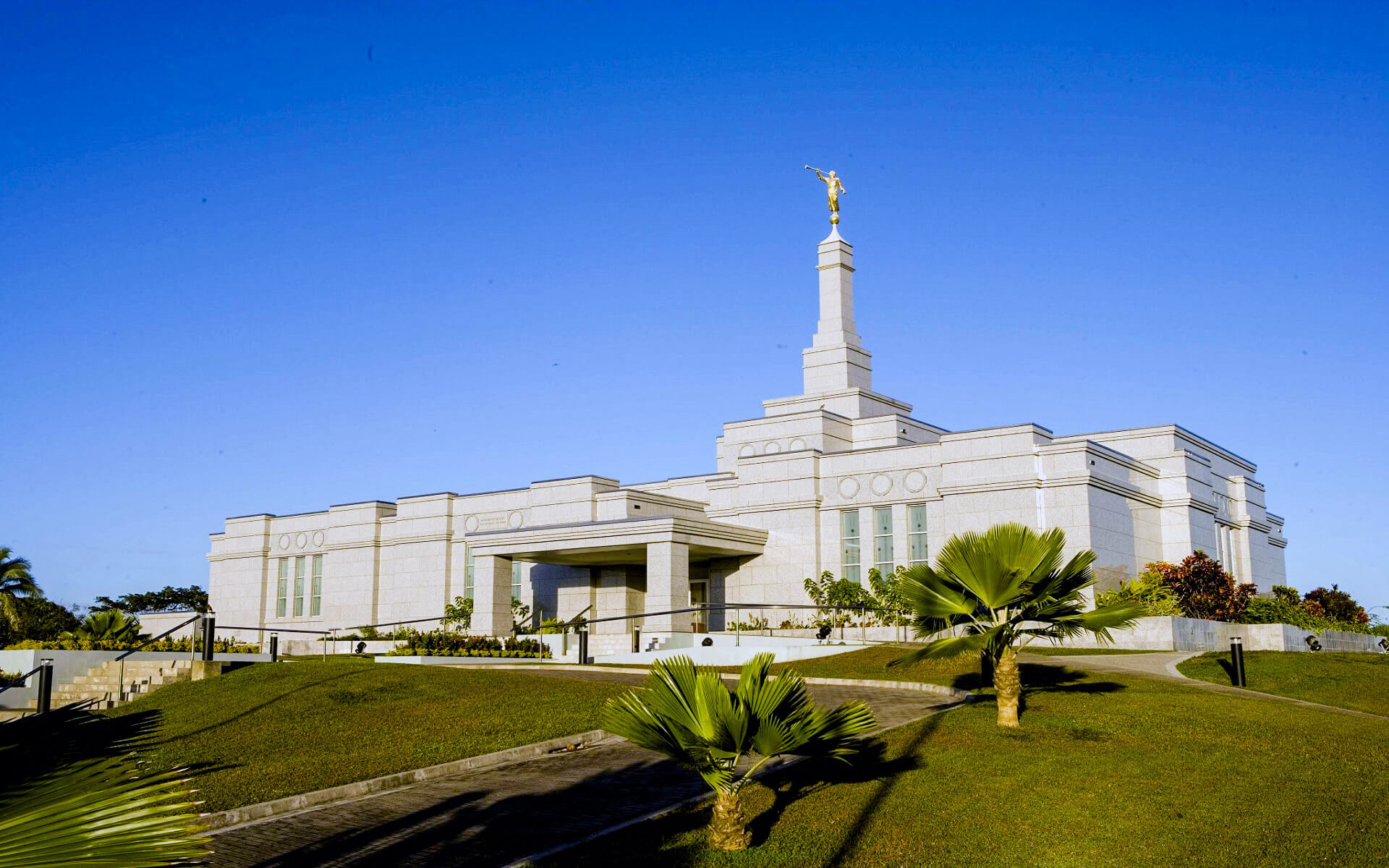 Suva is Fiji’s capital and the second most populous municipality after Nasinu.

It is located on the southeast coast of Viti Levu, in the Rewa Province, Central Division. When the location of the prior principal European colony at Levuka on the island of Ovalau became too restricted, it was decided in 1877 to establish Suva the capital of Fiji. In 1882, the colony’s government was relocated from Levuka to Suva.

Suva is the political and administrative capital of Fiji. It is the biggest and most cosmopolitan city in the South Pacific, and it has grown to become an important regional hub; students from the Pacific area, as well as a rising expatriate community, make up a sizable section of the city’s population.

Suva, however, lacks tourist-quality beaches. Pacific Harbor is the nearest tourist-quality beach to Suva. Despite the high amounts of garbage and fecal coliform discovered in the water, the beach at Apted Park (at the foot of Laucala Bay Road) and the kitesurfing-friendly beach (on Queen Elizabeth Road, near the National Stadium) are popular with residents.

Local rugby and soccer matches may be thrilling and riot-free events. Rugby matches are usually hosted at Albert Park, just across from the Suva Lawn Bowls Club. Soccer games are often held at the National Stadium on Laucala Bay Road. International hockey (field hockey) games are held in the National Hockey Stadium, which is located near the University of the South Pacific and the National Stadium.

Suva is one of the most shopper-friendly towns in the Pacific, famed for its low and unusual goods, which are often duty-free. Suva Central is a retail district in the city that provides a shopping heaven. Clothing, jewelry, food, gadgets, medications, and other items may be found on Cumming Street and Marks Street. Handicrafts and local wares may be found on Terry Walk and at the Flea Market. Nearby, massive, modern retail complexes like as MHCC, Tappoo City, and Suva Central dominate the canal region. The basic outlying portions of this radius include communications and electrical retailers, a tourist favorite – Jack’s – and sports equipment stores.

Every year in late October, Suva hosts Fiji Fashion Week (FJFW), which is normally hosted in Suva and a reduced version in Nadi. The events include the work of local and international designers, as well as shows focusing on wearable art.

Suva is home to a variety of parks and gardens. Albert Park in the city center is well-known for hosting various national-historical events such as Fiji’s independence, Kingsford Smith’s landing on the Southern Cross, and several parades and carnivals. Sukuna Area, situated in the CBD, is a popular leisure park with monthly performances and activities. Thurston Gardens, the city’s principal botanical garden, also houses the Fiji Museum. Queen Elizabeth Drive is well-known for its lovely promenade along Suva’s shoreline. Many city dwellers visit the Colo-i-Suva Forest Reserve, which is a short drive from the city center, to swim under the waterfalls.

Many concerts are staged in Suva, with visitors traveling from all over the globe to see world-class performers. On a monthly basis, concerts and performances are often held in one of the aforementioned locations. UB40, Lucky Dube, O’Yaba, Sean Kingston, and many more well-known musicians have performed in Suva.

Suva provides a diverse and exciting gastronomic experience, with almost all, if not all, major cuisines represented. Chinese, Indian, Fijian, and Italian cuisines are particularly popular. Food booths and businesses cater to the city’s nightlife at night, particularly on weekends.

Suva has arts, music, and commerce festivals throughout the year, although on a modest scale. Annual celebrations include the Hibiscus Festival (the biggest carnival in the South Pacific islands), the New Years Street Party, and the Fiji Show Case exposition, which features carnival rides, cuisine, and magic and circus acts.

Suva has an active nightlife, with most nightclubs and bars opening in the late afternoon and staying up until 5 a.m. Suva’s nightlife appeals to a wide range of interests, moods, and preferences. Food stands are open all night, and the city is properly policed at night. Aside from nightclubs, there are lounges and pubs for individuals looking for low-key entertainment.

The seedier side of Suva is Victoria Parade, which is home to nightclubs such as Signals Night Club, East Court Restaurant, and Angel Night Club.

The Damodar Brothers own the Village Six movie complex in downtown Suva. The Sharan Brothers’ Regal and Phoenix theaters, which were renowned cinema/theatre haunts before the new century, have since closed. The Damodar city complex (also owned by the Damodar brothers) at Laucala Bay’s commercial district will contain six more screens, as well as shopping and dining outlets and cafés, and is planned to be completed in early 2013.

The city receives a lot of rain throughout the year, and there is no genuine dry season since no month has an average rainfall of less than 60 mm (2 in). Suva receives 3,000 mm (118.11 inches) of precipitation every year, with the driest month, July, receiving 125 mm (4.92 in). In truth, Suva gets significant precipitation throughout the year, therefore the word “good weather” in a weather report just indicates “not really raining.”

Temperatures are generally stable throughout the year, as they are in many other towns with a tropical rainforest climate, with an average high of about 28 °C (82 °F) and an average low of around 22 °C (72 °F).

Suva, Fiji’s capital, is a port city situated on a peninsula jutting out into the sea. Its architecture is a combination of contemporary and classic colonial.

In the southeast corner of Viti Levu, the city is positioned on a mountainous peninsula between Laucala Bay and Suva Harbour. The mountains to the north and west capture the southeast trade winds, resulting in damp weather all year.

Suva is Fiji’s financial and political capital, but not necessarily its cultural capital, and the biggest city in the South Pacific outside of Australia and New Zealand. It is the primary port city in Fiji.

Although Suva is located on a peninsula and is nearly completely surrounded by water, the closest beach is 40 kilometers (25 miles) distant at Pacific Harbour, and the neighboring coast is fringed with mangroves. The city center, including the historic Parliament buildings, is constructed on reclaimed mangrove marsh.

Suva, unlike other cities and towns in Fiji and indeed many throughout the globe, did not build around a single industry but has steadily evolved as a center and one of the Pacific Islands’ main cities. Suva is Fiji’s commercial center, with major banks’ Pacific headquarters here, including ANZ and Westpac. The headquarters of the majority of national financial institutions, non-governmental organizations, and government ministries and agencies are located here. Both Air Pacific (now known as Fiji Airways) and Air Fiji had their headquarters in Suva at one time.

Suva’s Kings Wharf handles a substantial portion of Fiji’s international shipping, as well as the docking of foreign cruise liners, which has contributed to an increase in Suva’s tourist business. Suva offers a wide range of services, which form the foundation of the city’s industrial and economic activities.

There are vast industrial zones, the most important of which being Walu Bay, which is densely packed with manufacturers, warehouses, and import and export businesses. This region is home to several shipyards for ship construction and maintenance, as well as container yards. There is a brewery as well as many printeries. Other significant industrial zones may be found at Vatuwaqa, Raiwaqa, and Laucala Beach.