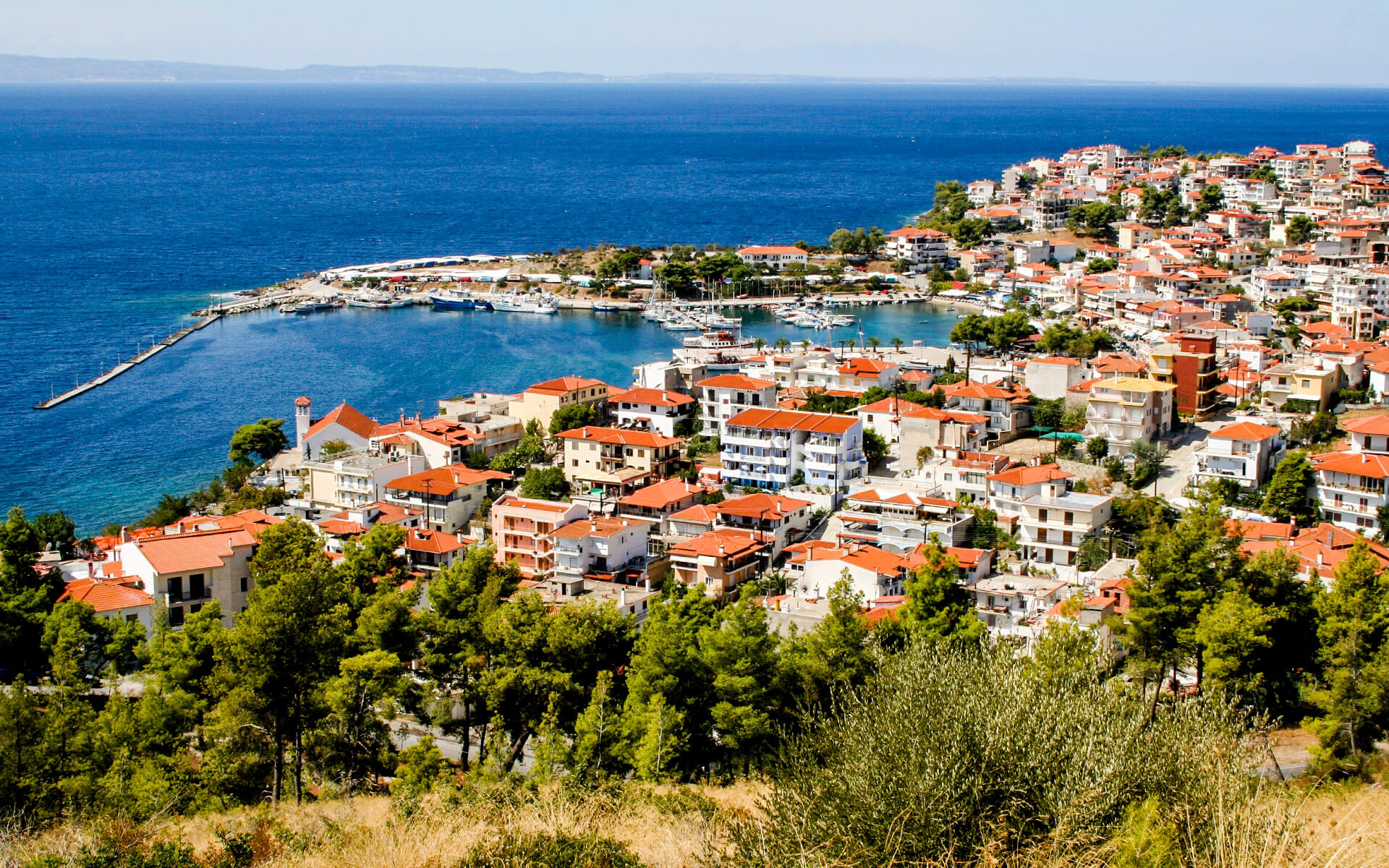 Chalcidice, or Chalkidike or Chalkidiki or Halkidiki or Hallkipiki (Greek: Xαλκιδική[xalciðiˈci]), is a peninsula and regional unit in Northern Greece, part of the Region of Central Macedonia. The autonomous Mount Athos area is located on the peninsula’s easternmost tip, however it is not part of the regional unit. The principal town of Polygyros, situated in the peninsula’s center, is the capital of Chalkidiki.

Since the late 1950s, when residents from Thessaloniki began spending their summer vacations in the seaside villages, Chalkidiki has been a popular summer tourist destination. Initially, travelers leased lodgings in the homes of residents. Tourists from Austria and Germany began to visit Chalkidiki more regularly in the 1960s. Since the beginning of the huge tourist boom in the 1970s, tourism has engulfed the whole area. There is a golf course in the area, and there are plans for four more in the future.

The Cholomontas mountains are located in Chalkidiki’s north-central region. Chalkidiki is a huge peninsula in the northwestern Aegean Sea that resembles a hand with three “fingers” – Pallene (today Kassandra), Sithonia, and Agion Oros (the ancient Acte), which encompasses Mount Athos and its monasteries. To the north, Chalkidiki borders the regional unit of Thessaloniki.

There are various summer resorts on the beaches of all three fingers, including Yerakini (Gerakina Beach), Neos Marmaras (Porto Carras), Ouranoupolis, Nikiti, Psakoudia, Kallithea (Pallene/Pallini, Athos), Sani Resort, and others.

The peninsula is well-known for its olive oil production and olive oil. There are also numerous varieties of wine created.