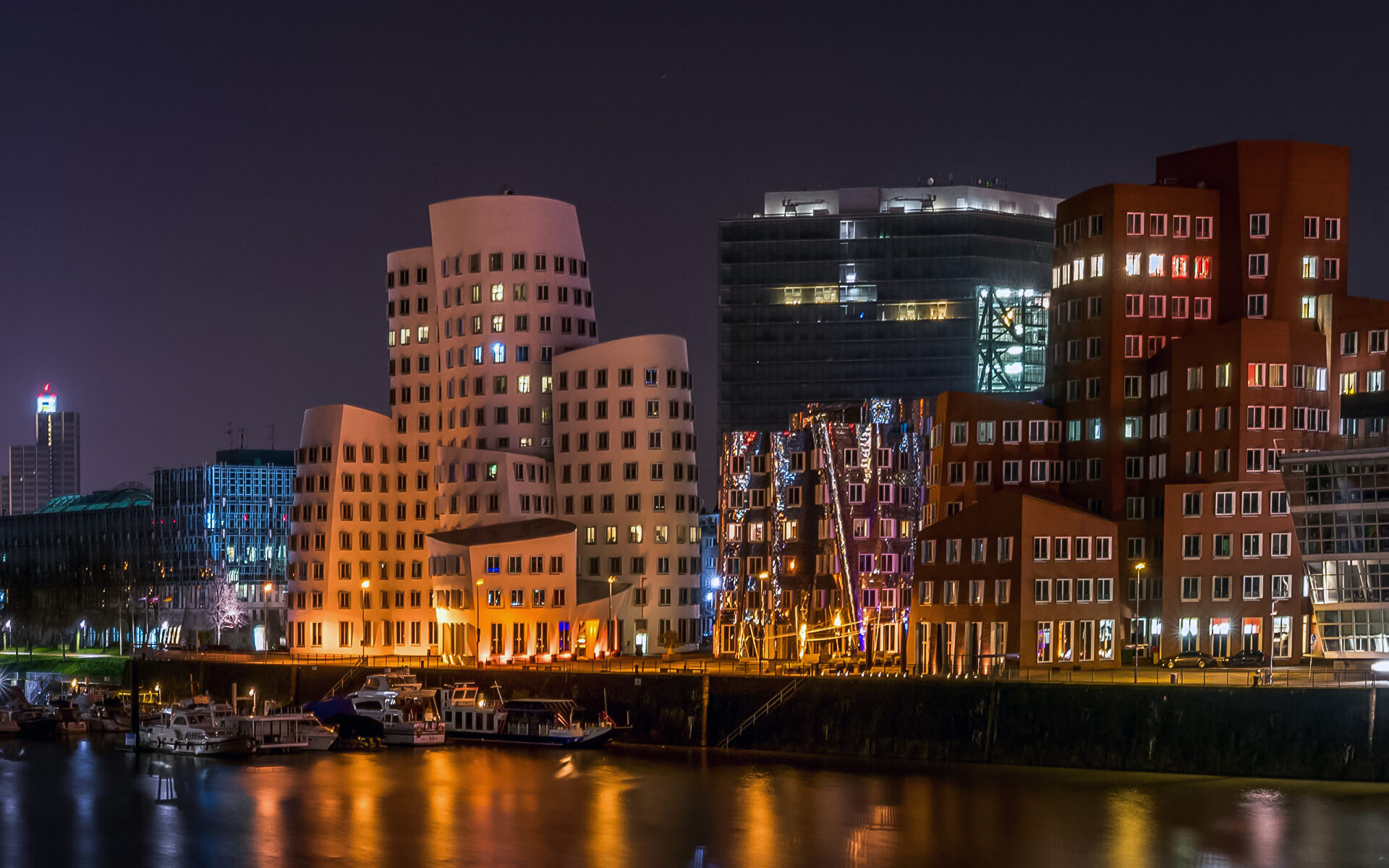 Düsseldorf is the capital city of the state of North Rhine-Westphalia and a metropolis on the Rhine River in western Germany. With a population of about 600,000, it is one of the country’s economic centers and a key city within the Rhine-Ruhr metropolitan region.

While Frankfurt is the German financial services centre, and many other German towns excel in other sectors, Düsseldorf has the biggest concentration of professional services, creative industries, and media, and is known as the German fashion capital. Düsseldorf also boasts a high number of Japanese corporations’ German or European headquarters, as well as a sizable Japanese community, accounting for more than 1% of the city’s total population.

The city is well-known for its nightlife, carnival, events, shopping, and fashion, as well as trade fairs such as the Boot Messe (trade fair for boats and watersports) and Igedo (fashion fair). Every year, about 4 million people attend the Kirmes amusement fair, which is open for ten days throughout the summer.

Since the 1950s, the “Kom(m)ödchen” has been one of Germany’s most notable political cabarets. The avant-garde electronic music band Kraftwerk is without a doubt the city’s most renowned contribution to the culture of current popular music. Kraftwerk, formed by a few Düsseldorf-born musicians, is often regarded as the most important band in the history of postwar German music and as a pioneer in electronic music.

Warlock, a well-known power metal band, was established in Düsseldorf in 1982. Doro Pesch, the band’s frontwoman, has enjoyed a successful solo career in Europe and Asia after Warlock’s demise. Düsseldorf is home to the world-famous punk band Die Toten Hosen, as well as the most popular vocalists in Germany, Westernhagen and Heino. D.A.F., an electronic act, was created in the city in 1978, as were Die Krupps, an electronic/industrial pioneer, in 1980. The experimental post-punk band La Düsseldorf took its name from the city, for which it was sued in the early 1980s.

One of the most important cultural events in Düsseldorf is the Karneval (also known as the “fifth season”), which begins every year on 11 November at 11:11 a.m. and culminates on Rosenmontag (Rose Monday), with a massive march through the streets of Düsseldorf. Karneval concludes on Aschermittwoch (Ash Wednesday).

Düsseldorfer Radschläger (Cartwheel Boy) is claimed to be the city’s oldest tradition. The cartwheeler sign may be seen on numerous souvenirs, and the cartwheelers are responsible for the names of many items in Düsseldorf. This custom was commemorated in 1954 with the construction of Cartwheeler’s Fountain on Düsseldorf’s Burgplatz.

They have a number of brochures: a monthly calendar of events, a city guide and free maps with walking routes developed around a certain subject (for example, “Art Route,” “Düsseldorf in 1 Hour”), and, last but not least, a homosexual guide. You may also schedule guided tours, and keep in mind that there are excursions for disabled and deaf people.

Düsseldorf, like the rest of the lower Rhineland, has pleasant winters with minimal snowfall and mild to warm summers. The average annual temperature is 10.6 degrees Celsius (51 degrees Fahrenheit), while the average annual precipitation is 797 millimetres (31 in). The predominant wind direction is west, with velocities ranging from 3 to 4 m/s (7–9 mph) with gusts to 3.54.8 m/s (8–10.7 mph). The wind is quiet (less than 2 m/s or 4.5 mph) around 35% of the time, most commonly at night and in the winter.

Düsseldorf is fully constructed on alluvium, mud, sand, clay, and gravel. At 165 meters, the highest point in Düsseldorf is the summit of Sandberg in the city’s far east (Hubbelrath district) (541 ft). The lowest point is in Wittlaer borough, where the Schwarzbach meets the Rhine, and has an average elevation of 28 meters (92 ft).

Düsseldorf has emerged as one of Germany’s leading telecommunications hubs. Düsseldorf leads the German mobile phone market with two of the four major German mobile frequency carriers, D2 Vodafone and E-Plus. In Düsseldorf, there are several international information and communication technology businesses, including Huawei, NTT, Ericsson, Nokia, and GTS. In the capital of North-Rhine Westphalia, there are 18 internet service providers. Eurowings and the previously independent LTU International are two airlines based in the city.

In Düsseldorf, Daimler AG manufactures the Mercedes-Benz Sprinter and Volkswagen Crafter light commercial vehicles. The city and Japan have had a close connection since the 1960s. Many Japanese banks and firms have European headquarters in Düsseldorf – so many that Düsseldorf boasts Europe’s third biggest Japanese population, behind London and Paris.

The “Kö,” which stands for Königsallee (“King’s Avenue”), is a well-known retail district. Some of the most well-known jewelry stores, designer brands, and galleries have locations here. The Kö boasts among of the highest retail and office rates in Germany.