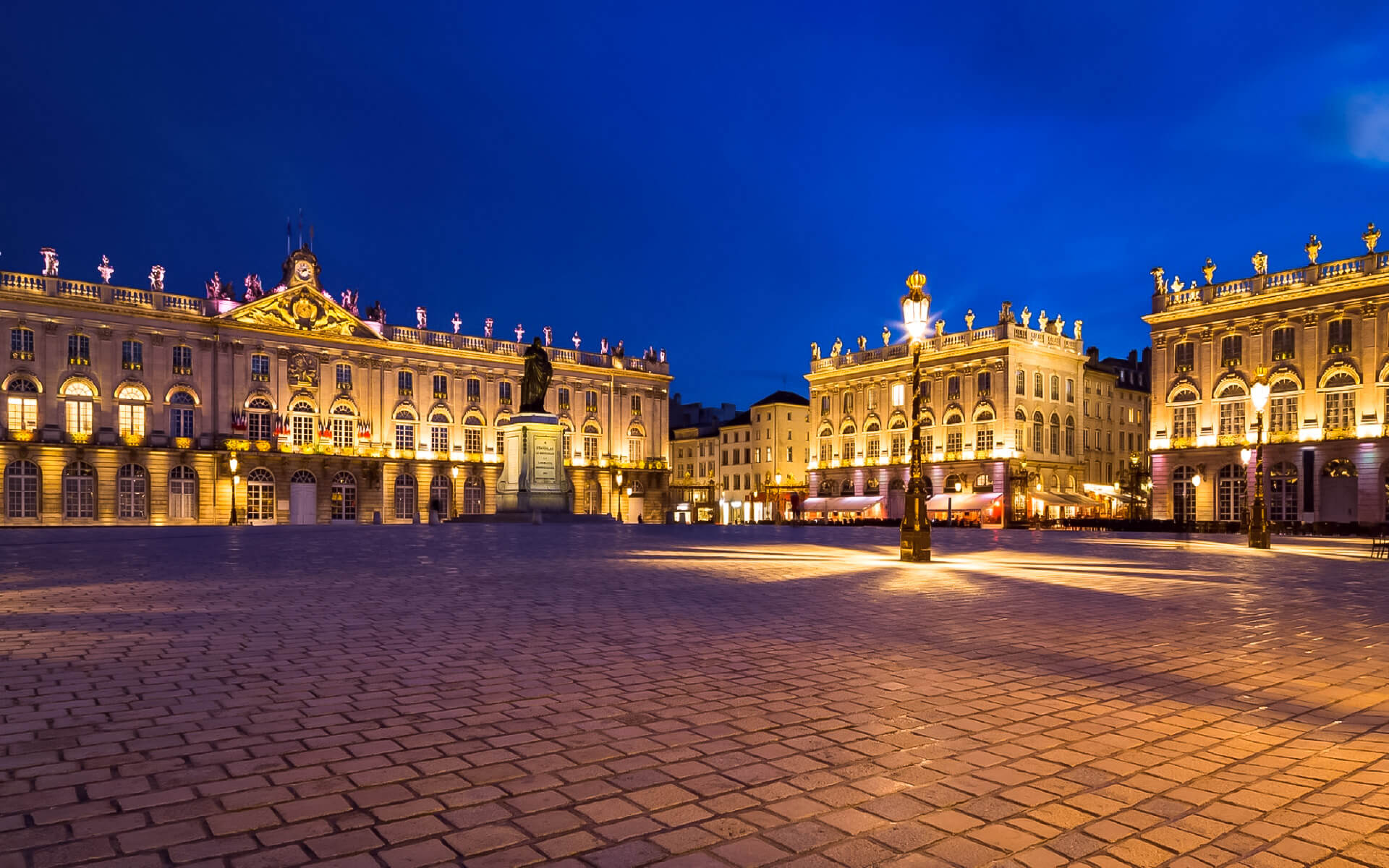 Nancy is the capital of the north-eastern French department of Meurthe-et-Moselle, as well as the historic capital of the Duchy of Lorraine and the French province of the same name. At the time of the 1999 census, the Nancy metropolitan region had a population of 410,509 people, 103,602 of whom resided in the city of Nancy itself (105,067 inhabitants in the city proper as of 2012 estimates).

The city’s motto is Non inultus premor, which translates as “I’m not touched with impunity” and refers to the thistle, which is an emblem of Lorraine.

Place Stanislas, a wide plaza created by Stanislaus I of Poland between March 1752 and November 1755 to connect Nancy’s medieval old town with the new town erected under Charles III in the 17th century, is a UNESCO World Heritage Site.

The legacy of the historic city center stretches from the Middle Ages until the 18th century. Nancy’s cathedral, Triumphal Arch, and “Place de la Carriere” are all excellent examples French 18th-century architecture. The old royal palace of the kings is the Palace of the Dukes of Lorraine. The Musée Lorrain is housed in the palace.

The Church of Notre-Dame-de-Bonsecours, Nancy, is a historic church and the ultimate burial place of the last duke Stanislas. The Church of Saint-François-des-Cordeliers and the Basilica of Saint-Epvre (fr:Basilique Saint-Epvre de Nancy) are two more famous churches with historical links to the imperial House of Lorraine.

UNESCO inscribed the Place Stanislas, named after King of Poland and Duke of Lorraine Stanislaus I, Place de la Carrière, and Place d’Alliance as World Heritage Sites in 1983.

The “École de Nancy,” a group of painters and architects created by glassmaster and furniture maker Émile Gallé, worked in the art nouveau style during the close of the nineteenth and beginning of the twentieth centuries. It was primarily their work that established Nancy as a center of art and architecture on par with Paris, earning the city the moniker “Capitale de l’Est.” Many Art Nouveau structures may still be seen throughout the city (mostly banks or private homes). Furniture, glassware, and other decorative arts objects are preserved in the Musée de l’École de Nancy, which is situated in the 1909 mansion of Eugène Corbin, a Nancy merchant and Art Nouveau admirer. The Musée des Beaux-Arts has other art nouveau collections.

The Jardin botanique du Montet, a prominent botanical garden, is situated near Villers-lès-Nancy. Other gardens of note include the city’s first botanical garden, the Jardin Dominique Alexandre Godron, as well as many other public gardens and locations of importance, including as the Pépinière and Parc Sainte-Marie (public gardens). There is also an aquarium in town.

The area around the railroad station is a thriving business district.

Nancy is located on the left bank of the Meurthe River, about 10 kilometers upstream from its confluence with the Moselle. The Marne–Rhine Canal runs parallel to the Meurthe through the city. Nancy is surrounded by hills that are roughly 150 meters higher than the city center, which is 200 meters above sea level. Nancy proper has a very modest area: 15 km2. Its built-up area is continuous with the built-up areas of its neighboring suburbs. Nancy is bordered by the communes of Jarville-la-Malgrange, Laxou, Malzéville, Maxéville, Saint-Max, Tomblaine, Vanduvre-lès-Nancy, and Villers-lès-Nancy.

Nancy’s oldest district is the Vieille Ville – Léopold area, which includes the 14th-century Porte de la Craffe, the Palace of the Dukes of Lorraine, the Porte Désilles, and the 19th-century St-Epvre church. The quarterCharles III – Centre Ville, a 16th–18th century “new town,” lies next to its south. The historic Place Stanislas, the Nancy Cathedral, the Opéra National de Lorraine, and the major train station are all located in this neighborhood.

There is no public WiFi network in the city. Many hotels and fast-food restaurants, on the other hand, provide free WiFi to their clients.

Around Saint Nicolas Street, there are a number of cyber-cafés.