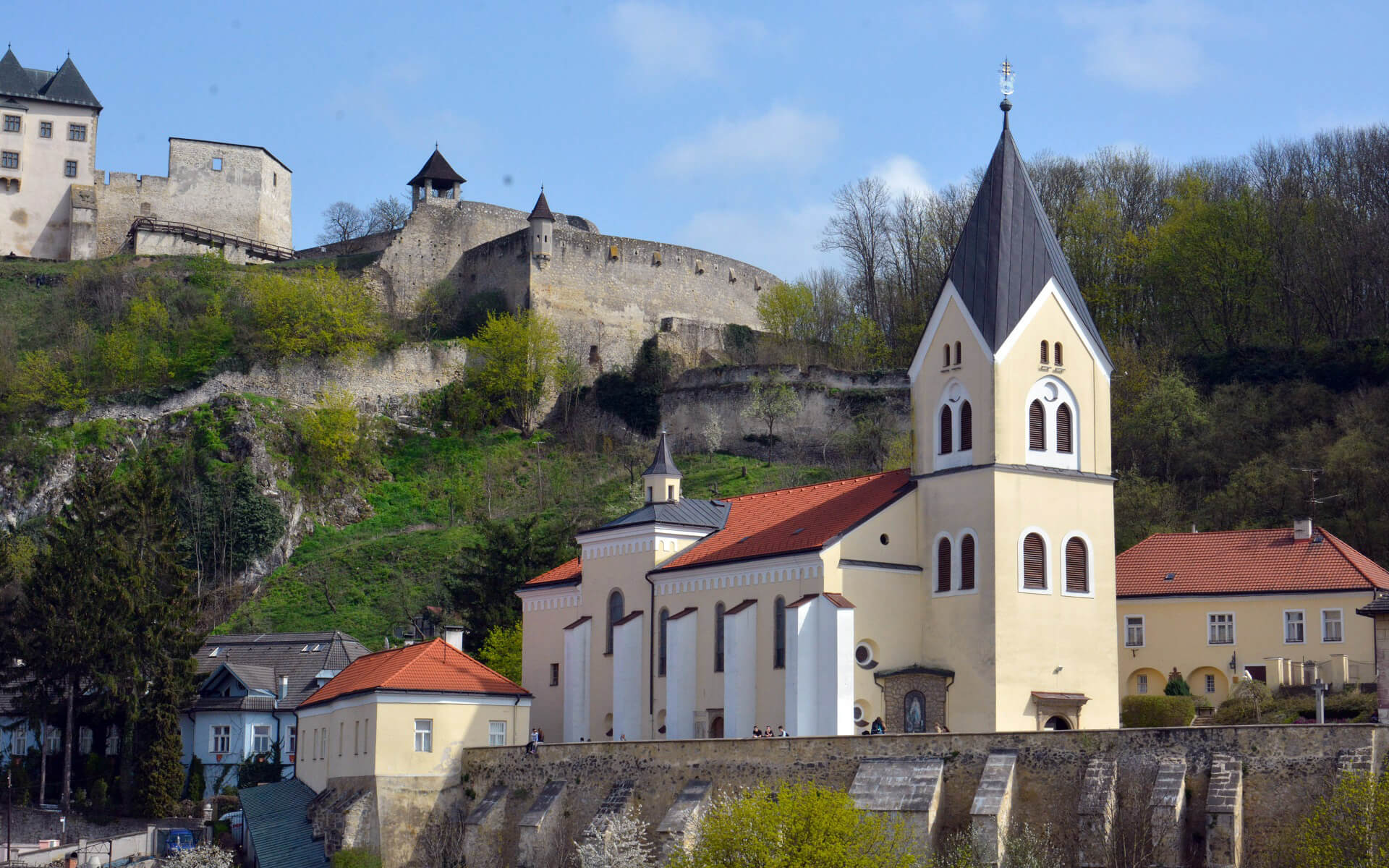 Trenčín is a city in western Slovakia, close the Czech border, in the middle Váh River valley, about 120 kilometers (75 miles) from Bratislava. It has a population of around 56,000 people, making it the ninth biggest municipality in the nation, and it serves as the capital of the Trenčín Region and the Trenčín District. Trenčín Castle, located on a rocky outcrop above the city, is a medieval castle.

The city is dominated by Trenčín Castle, Slovakia’s third-largest castle. Trenčín Castle is split into two portions, each with considerable defences. The upper castle has various palace structures that encircle the central medieval tower, which retains the city’s highest point. The ancient parish church and a tiny upper plaza are located on the slope under the castle and are accessible through medieval covered steps as well as meandering side lanes. The old town has a huge main plaza, a magnificent baroque church, a variety of shops, and a town tower. The Trenčín Synagogue, erected in 1913, now serves as a cultural center, hosting exhibits and performances.

Pohoda, Slovakia’s most popular music festival, has been held in Trenčín since 1997. As of 2004, it is held at the Trenčín Airport.

Trenčín has a continental climate with four distinct seasons and is located in the north temperate zone. It is distinguished by a considerable contrast between scorching summers and cold, icy winters.

Trenčín is located at an elevation of 262 meters (860 feet) above sea level and has an area of 82.0 square kilometers (31.7 sq mi). It is located in the Trenčín Basin in northwestern Slovakia, bordered by the Strážov Mountains, Povask Inovec, and White Carpathians, the latter of which is a protected area. The Váh River runs in a north-south direction.