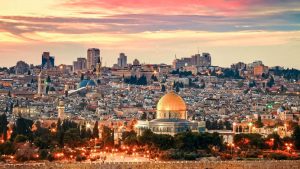 Shabbat
Many businesses and transportation organizations are closed on “Shabbat,” which runs from Friday afternoon through Saturday night, and many locations do not reopen or resume service until Sunday morning. The same is true for important Jewish or national holidays, so be sure to prepare ahead.

Weekends and Public Holidays
Depending on the festival or holiday, various degrees of activity will cease in Israel, and different regions will experience varying levels of activity on certain days. On most holidays, public transit is entirely shut down. In Israel, holidays are observed according to the Jewish calendar, which means that the Gregorian date varies from year to year, but it tends to occur within a 6-week period. A new day starts at sunset in Jewish custom, thus Jewish festivals begin on the eve of the official date (not at midnight).