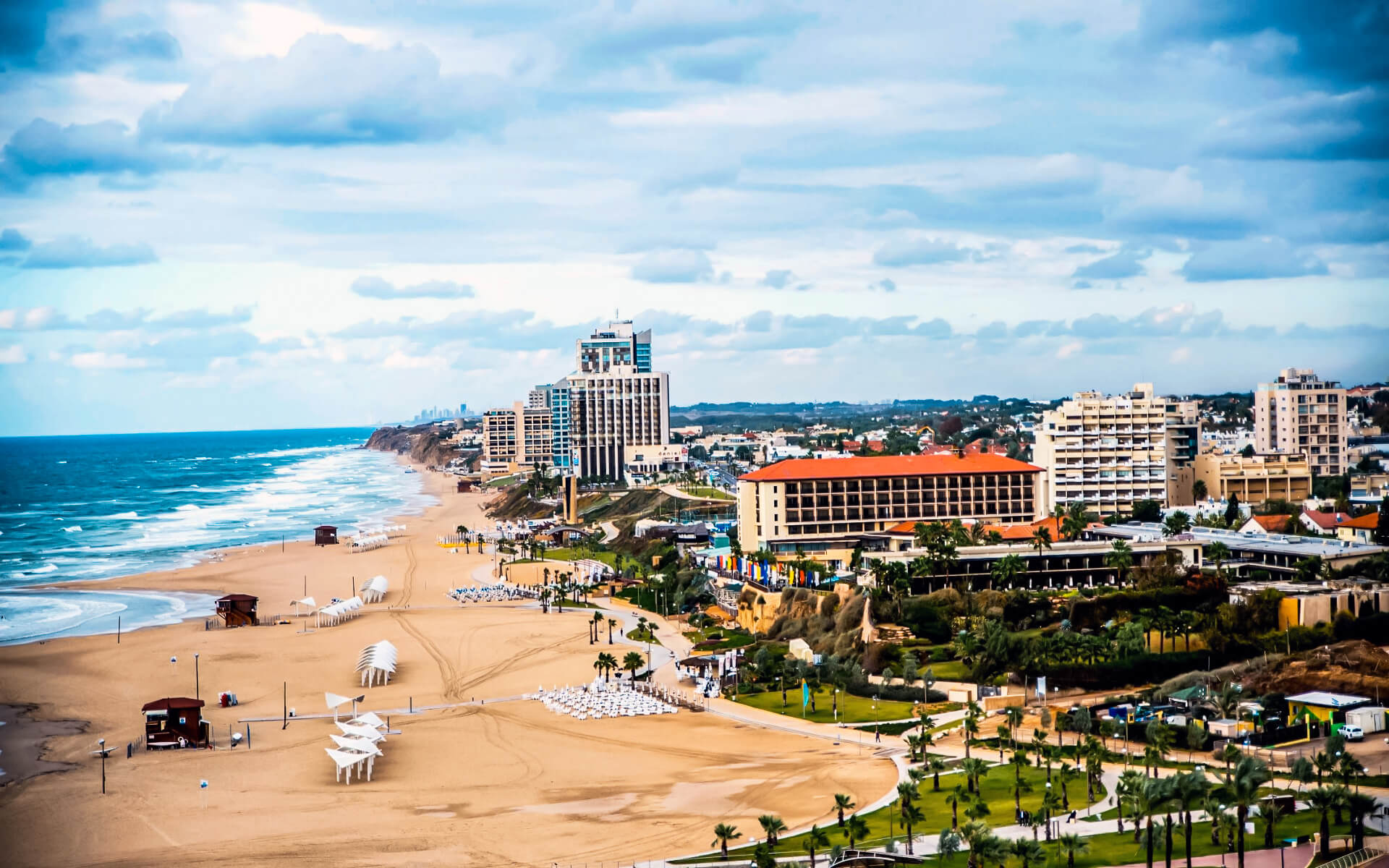 Herzliya is a prosperous city on Israel’s central coast, in the northern section of the Tel Aviv District, recognized for its vibrant start-up and business culture. It has a population of over 110,000 people. Herzliya, named for Theodor Herzl, the father of modern Zionism, is 21.6 square kilometers in size (8.3 sq mi). Herzliya Pituah, one of Israel’s most wealthy districts, is located on its western municipal limits and is home to various Embassies as well as famous Israeli business executives.

Herzliya (population 88,734 in 2011) is divided into two areas by the major highways and train line that go through it. To the east of the roads lies Herzliya, the city proper, which is sometimes referred to as “the city” by residents. This is largely a residential neighbourhood that doesn’t attract many visitors, but travelers looking to step off the beaten road and observe true Israeli urban life may find it extremely intriguing. To the west of the motorways, directly on the shore, is an upmarket enclave known as Herzliya Pituach, which is home to several beachfront hotels and wealthy apartments. This is a large industrial and commercial district, with numerous high-tech businesses, nice beaches, superb restaurants, and bustling nightclubs, and the majority of visitors to the city stay in this region. Ben Gurion Boulevard is the major thoroughfare.