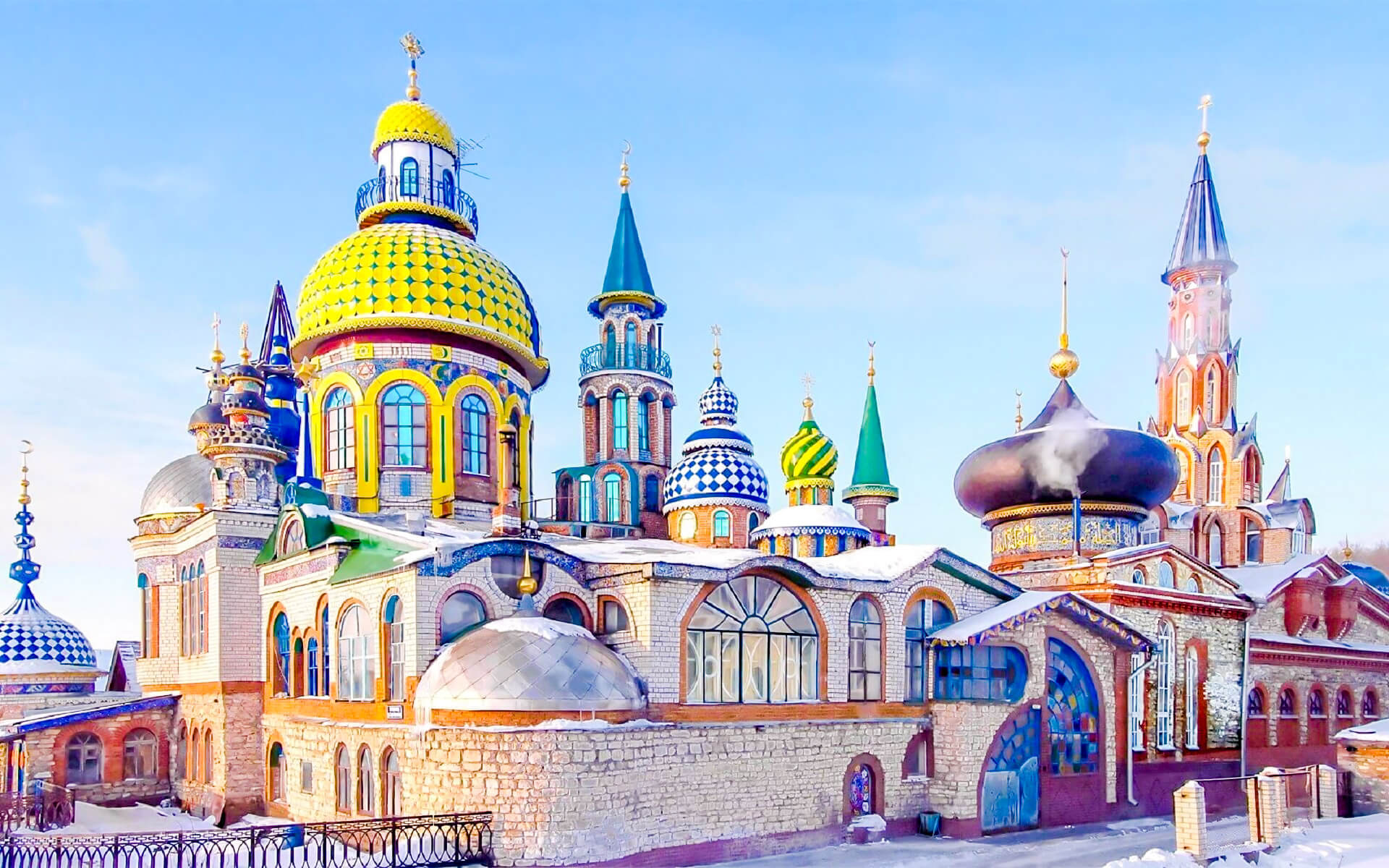 Kazan is the capital and biggest city of Russia’s Republic of Tatarstan. It is Russia’s seventh most populated city, with a population of 1,143,535. Kazan is located in European Russia at the confluence of the Volga and Kazanka rivers. Kazan Kremlin is a UNESCO World Heritage Site.

Kazan was awarded the right to designate itself as Russia’s “Third Capital” by the Russian Patent Office in April 2009. It was named the “Sports Capital of Russia” in 2009, and it is still referred to as such. The city hosted the 2013 Summer Universiade, the 2014 World Fencing Championships, the 2015 World Aquatics Championships, and is one of the 2018 FIFA World Cup host cities.

Kazan, with a population of around 1.3 million (2011 census), a rich history, profound culture, and great economic impact, is known as “Russia’s Third Capital” (after Moscow and Saint Petersburg), having surpassed the contending Nizhny Novgorod. By many criteria, Kazan has one of the greatest living standards in Russia, behind just Moscow and St. Petersburg.

Kazan has lately acquired the reputation as a sports city as a result of recent expenditures in this field. Kazan hosted the 2013 Universiade and will host the 2018 FIFA World Cup in Russia. One of the World Cup semi-finals might be staged in Kazan! The World Cup and Universiade are both fuelling the city’s brisk development. Sporting arenas, as well as residential and business structures, have sprung up in Tatar capital in recent years. Many of Kazan’s professional sports clubs, like as Rubin (football) and Ak Bars (hockey), have recently won Russia championships.

Kazan, which is located between Europe and Asia and has both Russian and Tatar inhabitants, harmoniously combines Muslim and Christian traditions. Many more faiths are also represented in Kazan. In the city center, for example, there is a synagogue and a new Catholic church. This dynamic city with over 1000 years of history is a fantastic vacation destination, and the number of people arriving each year is continuously rising.

During your time in Kazan, you may attend a variety of events, including an international opera and ballet festival, several kinds of music festivals, performances by prominent singers, and many more exciting activities.

Cirque du Soleil delivers their performances to Kazan on a regular basis. A must-see event in Tatarstan is the national holiday Sabantuy – tatar summer festival, which takes place in early June.

The “City Sightseeing” firm started operating four double-decker buses throughout its routes in Kazan in the summer of 2013. Tourists will ride on them around the city’s center and view the key attractions, historical sites, and architectural wonders of Tatarstan’s capital with their own eyes, as well as learn a lot about them. An audio guide is available on the two-level tour buses. The audio recording is intended to familiarize visitors with the city’s operations in eight languages: Russian, Tatar, English, French, Spanish, German, Turkish, and Chinese.

Bauman Avenue. The pedestrian zone between the Kremlin and Tokai Square, as well as the Hotel Tatarstan. This is Kazan’s Arbat, complete with boutiques, souvenir stores and kiosks, cafés, bars, and lots of people-watching possibilities. The sculpture (such as a bronze carriage) is very appealing.

Kazan has a humid continental climate (Köppen climatic classification Dfb), which has lengthy, chilly winters (colder than Moscow) and mild, frequently dry summers. Summers are exceptionally warm for their latitude due to its deep interior location, while winters are relatively chilly compared to regions farther west in Europe.

Kazan is one of Russia’s greatest industrial and financial cities, as well as a leader in building and cumulative investment in the Volga economic area. In 2011, the city’s Gross Regional Product was 380 billion rubles.

Kazan banks’ total banking capital ranks third in Russia. Mechanical engineering, chemical, petrochemical, light, and food industries are the city’s principal industries. The biggest IT-park in Russia, which is one of the largest of its type among Eastern Europe scientific parks, represents an innovative economy. In Mercer’s Worldwide Quality of Living Survey, Kazan ranked 174th (highest in Russia).

In 2011, local organizations and enterprises received almost 87 billion rubles for economic and social development. This is a 44 percent increase over the previous year’s figure. Businesses attracted 86 billion rubles in 2014. The majority of these have been applied in the actual economy.

In Russia, the headquarters of six firms ranked among the top 500 in terms of revenue may be found. The total square area of the city’s business centers is 330 thousand square metres.

Kazan’s innovative economy is represented by the largest IT-park in Russia as well as the largest technical park in Europe. Except for the Moscow platform, Kazan operates the sole internet platform for governmental commerce. Kazan was the leader in home building in the Volga area during the post-Soviet era, and it presently keeps that position and implements a Republican program of elimination of substandard housing, which was unique in Russia.

According to Forbes, Kazan is ranked 15th in Russia’s “Best Cities for Business in 2010.” Then, in 2012, Kazan was ranked sixth in the Russian Federation Ministry of Regional Development’s Quality of City Environment rating, which was created by the Russian Federation Ministry of Regional Development, the Russian Alliance of Engineers, the Federal Construction Agency, the Federal Service of Supervision of Consumer Protection and Welfare, and Moscow Federal University.

WiFi-enabled Internet cafés and restaurants may be found around the city. A modest internet café across from the railway station is perhaps the most handy for tourists. Cross the main roadway from the main station building via the park. It’s on the corner to the left, but it’s buried by a newspaper stand and a few kiosks.

The Kremlyovskaya St. post office features seven PCs with internet connection for roughly 36 rubles per hour. Pay at the register in advance. Unused minutes will be reimbursed.

Tattelecom provides PCs with acceptable Internet for 48 r per hour on the intersection of Baumana and Pushkina, beside the Koljco mall. There are a few cafés and eateries on Pushkina that provide free unsecured wifi. There is also free unsecured wifi outside the Subway restaurant farther up on Pushkina. McDonald’s also provides free WiFi (on Baumana and by the train station).