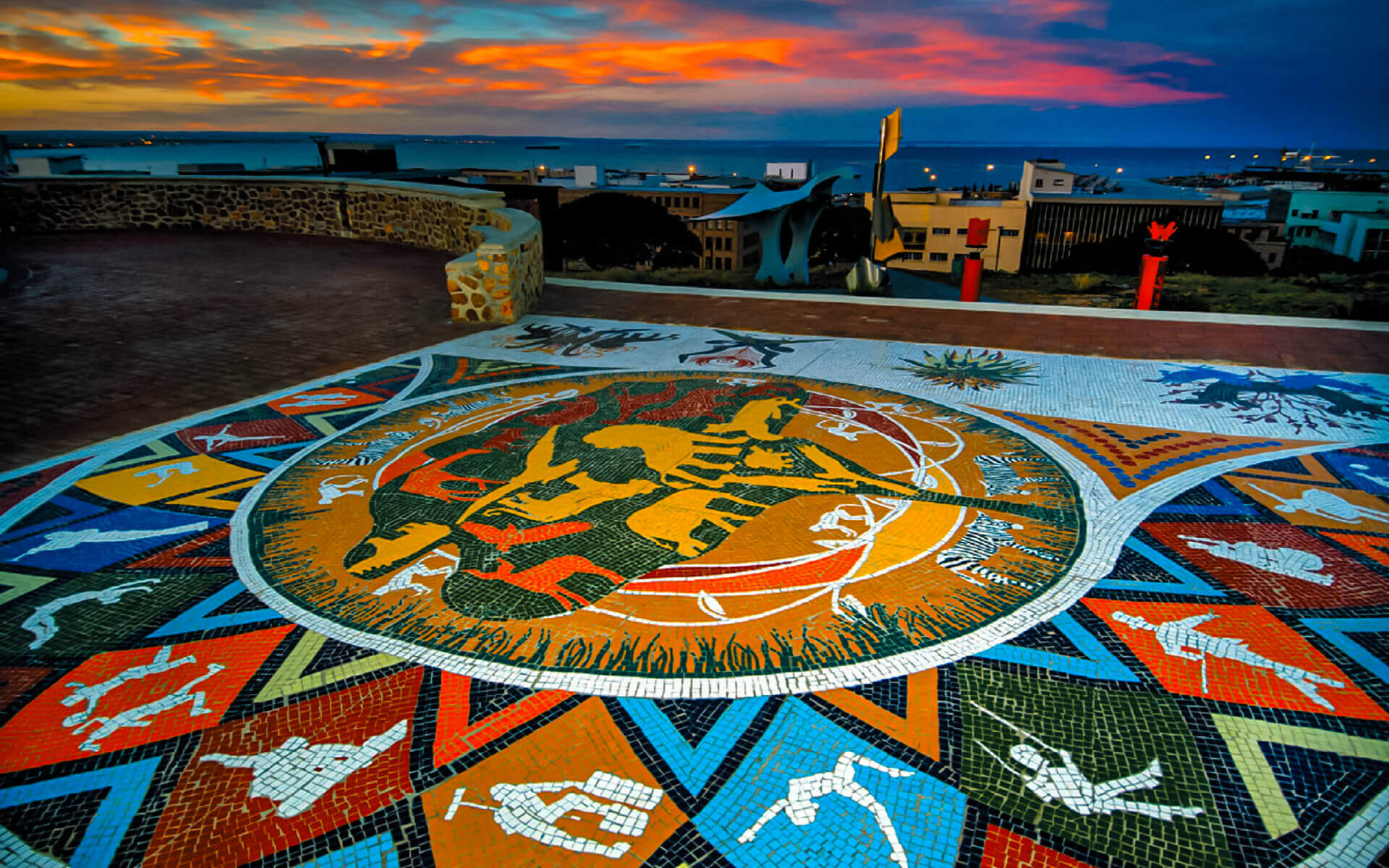 Port Elizabeth, often known as The Bay, is one of South Africa’s major cities, located in the Eastern Cape Province, 770 kilometers (478 miles) east of Cape Town. PE, also known as “The Friendly City” or “The Windy City,” runs for 16 kilometers along Algoa Bay and is one of South Africa’s main seaports. Port Elizabeth is the African continent’s southernmost significant city, located just south of Cape Town.

In order to fortify the border area between the Cape Colony and the Xhosa, Port Elizabeth was created as a town in 1820 to accommodate British immigrants. It is presently part of the Nelson Mandela Bay Metropolitan Municipality, which is home to more than 1.3 million people.

The Friendly City is a significant maritime port and tourist resort located along the gorgeous coastline of Nelson Mandela Bay, making it an ideal complement to the Garden Route. The heart of the South African automotive sector benefits from year-round mild and pleasant temperatures, as well as seasonal rain – climatic characteristics that contribute to an exceptional quality of life. Port Elizabeth is a popular and important water sports destination, but it also has a number of historical sites, such as the Historic Donkin Heritage Trail, which follows in the footsteps of the 1820 pioneers. The Port Elizabeth Cricket Club and South Africa’s Oldest Bowling Green both have British roots. However, malaria-free natural areas in the region and beautiful beaches bathed by warm sea are Port Elizabeth’s finest attractions.

The city has beaches in and around it, since it is located at the end of the gorgeous Garden Route along the Cape coast. King’s Beach and Hobie Beach are two of the most popular swimming beaches.

The Donkin Heritage Trail connects a number of local historic sites. The city hall (1862), the Donkin Reserve park and memorial, and the ancient stone Fort Frederick itself are among them. The Campanile (bell tower) was erected in 1923 to commemorate the arrival of the 1820 Settlers and offers a perspective of the city (1799). The Eastern Cape post office headquarters are also located in the CBD.

Route 67 is a walking path with 67 public artworks that represent Nelson ‘Madiba’ Mandela’s 67 years of service to South Africa’s liberation. The artwork, which begins at the Campanile and continues up the steps to the Vuysile Mini Market Square and to the giant South African flag at the Donkin Reserve, is a celebration of South African culture and history. Local Eastern Cape artists made the artworks.

The Nelson Mandela Metropolitan Art Museum (previously known as the King George VI Art Gallery), the museum and oceanographic room in Humewood, and the new Boardwalk waterfront complex are among the other attractions.

The Donkin Reserve in the town center, The Boardwalk (Marine Drive), and the Airport Arrivals hall all include tourist information centers.

The climate of “The Windy City” is subtropical, with light rain throughout the year. Port Elizabeth has an oceanic climate (Cfb) according to the Köppen climatic classification.

The region is sandwiched between the Western Cape’s winter rainfall, Mediterranean climatic zones and eastern South Africa’s summer rainfall areas. Summers are warm but not as scorching as they are in more northerly portions of South Africa’s east coast, while winters are temperate but moderate. The temperature is generally consistent throughout the year, with just a few instances of intense heat or mild cold. The Chatty, the Shark, and the Baakens rivers all run through Port Elizabeth.

PE, also known as “The Friendly City” or “The Windy City,” is a 16-kilometer strip of land along Algoa Bay and one of South Africa’s main seaports. Port Elizabeth is the African continent’s southernmost significant city, located just south of Cape Town.

Historically, Port Elizabeth handled the bulk of the region’s commerce. At least five ships delivered commodities to Europe on a regular basis in the 1830s. In 1832, it became a free port. Around 50 boats passed through the harbor in 1833. In 1828, 55,201 pounds of commodities were imported via the port, rising to 12,845 pounds the following year. In 1828, Port Elizabeth exported 41,290 pounds, and in 1829, it exported 86,931 pounds. Wine, brandy, vinegar, ivory, hides and skins, leather, tallow, butter, soap, wool, ostrich feathers, salted meat, wheat, candles, aloe, barley, and other products were all exported.

Port Elizabeth, the heart of South Africa’s automobile sector, is home to the majority of car assembly factories, as well as General Motors, Ford, Continental Tyres, and a slew of other automakers. The majority of Port Elizabeth’s other sectors cater to the automobile industry, supplying components such as wire harnesses, catalytic converters, batteries, and tyres to car makers.

Port Elizabeth is also a large seaport, with some of the world’s most important mineral loading facilities. A new Industrial Expansion Zone with improved port facilities is being created at Coega as part of the continuing development.