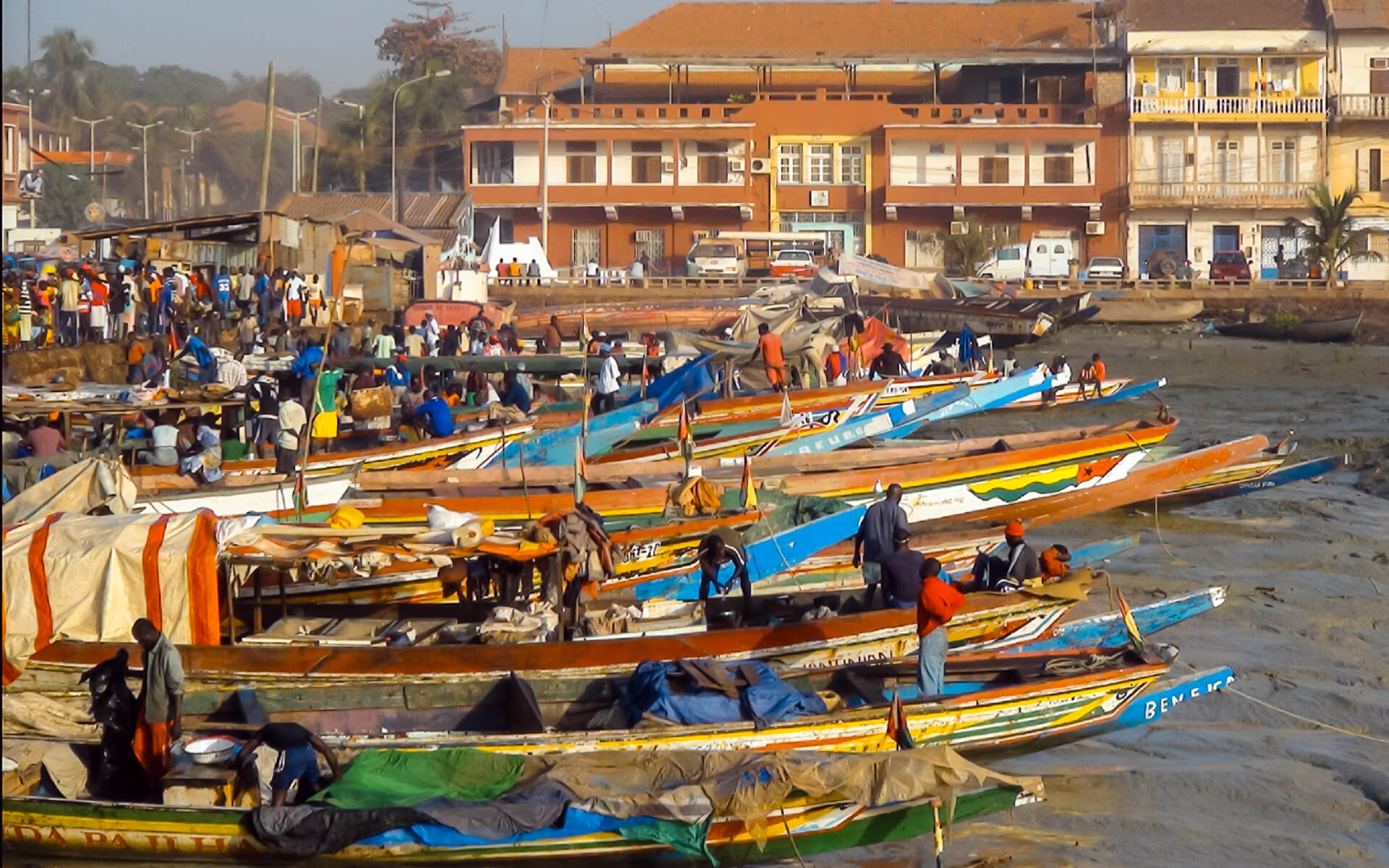 Bissau is Guinea-Bissau capital. Bissau, Guinea Bissau’s city, significant port, and administrative and military center, is situated on the Geba River estuary, off the Atlantic Ocean.

The Presidential Palace (Palácio Presidencial) is the official residence of the President of the United States. During the civil war, it was bombed out. It was reconstructed in 2013 using Chinese funds and is now used as the president’s seat.

The historic Portuguese colonial capital of Bissau is known as Bissau Velho. There isn’t much going on there these days, but it’s still a pleasant spot to roam about in. The jail with pink flowers painted on its façade is not to be missed (At the corner of the fort, close to the harbour).

Porto Pidjiguiti – go out the little port and chat with the fisherman, observe the pelicans, and get a bird’s eye view of the city. On August 3, 1959, the Pidjiguiti port was the location of the Pidjiguiti massacre, in which police shot and killed 50 striking dockworkers. This marked the start of organized opposition against the Portuguese colonial rule. The tragedy is commemorated with a monument styled like a massive black fist.

Fortaleza d’Amura is a historic Portuguese fort that houses the mausoleum of national hero Amilcar Cabral as well as the graves of other rebels. Amilcar Cabral’s car is also inside. It may be difficult to get access, but it is feasible if you make friends with the military or obtain permission.

The National Ethnographic Museum (Museu Etnográfico Nacional) is a museum dedicated to ethnography (On the university campus, opposite “Lenox de Bairro”). It features a modest collection of Bissau-Guinean wooden masks and sculptures, as well as baskets, linens, and other items. It is only open in the mornings. The staff is really kind and knowledgeable about the various objects, as well as how to tie them to traditional spiritual beliefs.

Bissau has a tropical savanna climate, which is wetter than other climates of its kind but not nearly as wet as a tropical monsoon climate.

From November to May, there is almost little rain, although the city gets roughly 2,020 mm (80 in) of rain throughout the other five months of the year. High humidity makes heat discomfort intense during the rainy season, and even three months previously.

Bissau is the country’s main city, a significant port, as well as the country’s educational, administrative, and military hub. The main products are peanuts, hardwoods, copra, palm oil, and rubber. Bissau is served by the Osvaldo Vieira International Airport.

Shared cabs are inexpensive and common. Stop cabs and tell them where you want to go (or indicate to passing taxis), and they will either accept "na bai" (I'm going) or refuse "no" (no) if individuals already in the vehicle are headed somewhere else in the city. Prices are...

Presidential Palace (Palácio Presidencial). During the civil war, it was bombed out. Rebuilt in 2013 with Chinese funds, it now serves as the president's seat.Bissau Velho - the historic Portuguese colonial center There isn't much life there anymore, but it's still a pleasant location to wander around. Don't overlook the jail with...

The French Cultural Center at the Bayana roundabout often hosts concerts, movies, dancing lessons, French courses, and other events, which are listed on their website.The Portuguese Cultural Center (adjacent to the Portuguese embassy, behind "Benfica") also offers performances, but in a less appealing setting.Swim at Palace Hotel (5000 FCFA),...

Every night from 20.00-7500 FCFA, Recidencial Coimbra serves an excellent buffet that includes appetizers, main meals, desserts, wine, and water.Palace Hotel. Quite perhaps the greatest restaurant in town. There is a swimming pool for non-guests to use for 5000 FCFA (eat lunch in the pool) and wireless internet.Hotel Malaika. There is...

Wood carvings - Try the Centro Artistico Juvenil, adjacent to "Chapa de Bissau," which has regulated pricing and no need to negotiate - or the market in front of Penso Central, which requires bargaining.Hand woven textiles - NGO [email protected] in Quinhamel - or at the Bandim Market - has a good...