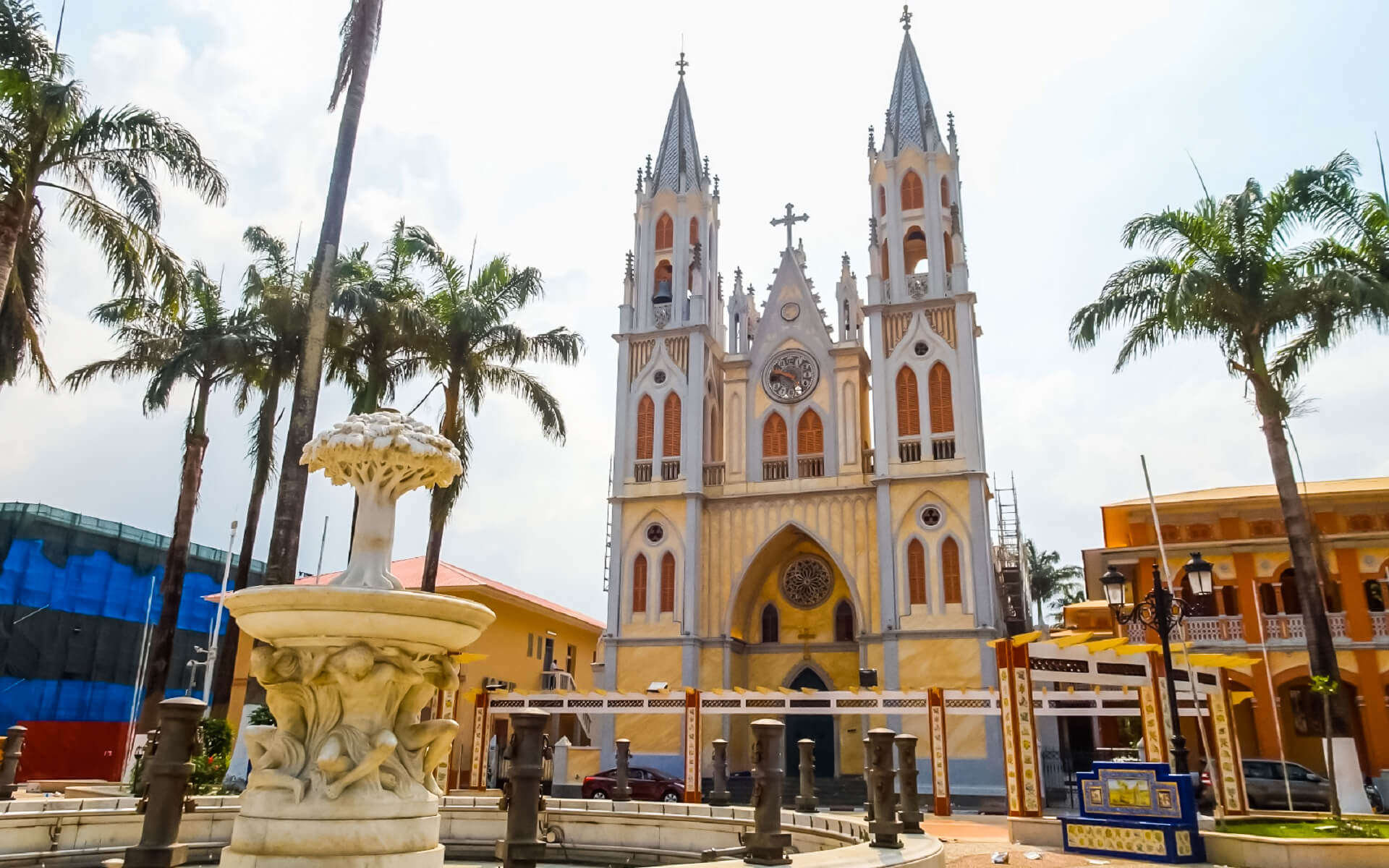 How To Travel To Malabo

How To Get Around In Malabo

Malabo is the capital of Equatorial Guinea’s Bioko Norte province. It’s on the north shore of Bioko, historically known as Bubis, on the island of Bioko.

Spanish (the dominant language and nearly the only one spoken), French, and Portuguese are the official languages of the city and the nation.

Malabo is Equatorial Guinea’s oldest city. Many buildings in the city were constructed in the style of colonial architecture under the Spanish control, and they coexist alongside contemporary structures constructed after independence. The square shape of the central streets reveals the old notion of a modern metropolis with no pedestrian spaces. The city also has a lot of parks and recreational opportunities. In a mix of architectural Westernization and Africannism, this phenomena generates a sensation of architecture that is dampened by the low height of structures.

The Museum of Modern Art in Equatorial Guinea is a notable museum that houses traditional and modern art from the nation and the continent. The National Library, which was constructed in 1916, is also located in the city.

The climate of Malabo is tropical monsoon.

Malabo receives 1,800 mm of rain each year on average. From December through February, the city has a distinct, though brief, dry season. The driest month is usually February, with 33 mm (0.2 in) of rain on average. It also has a long rainy season that lasts for the next nine months.

Because of the clearer weather, January features colder nights and hotter days. Despite this, Malabo is one of the world’s gloomiest capitals, with just 1,180 hours of sunlight a year and a lot of fog even when it’s not raining.

Malabo is located north of the island of Bioko, at 3° 45′ 7.43″ north latitude and 8° 46′ 25.32″ east longitude. The Cónsul River runs through Malabo’s south, and the hospital is close over the river to the south-west. Malabo International Airport, which has been renovated and is situated around 9 kilometers from the city center, is located west of the city. Bays and capes may be seen north of the city on the coast. The first is the Punta de la Unidad Africana, which is situated directly behind the Presidential Palace and encompasses the whole eastern portion of Malabo Bay. Punta Europa, situated near the airport in the west of the city, is another significant cape.

Malabo is the country’s business and financial hub. The administration and other services are the backbone of Malabo’s economy. Trade is also one of the most visible and vital economic activity, particularly after the entry of US-based businesses that utilize oil wells along the shore.

The presence of other Americans, Latin Americans, Nigerian Cameroonians, Spanish, and other residents in Central African nations contribute to increased commerce.

The development of fish is the city’s principal industry, while cocoa and coffee are the city’s main exports.

How To Travel To Malabo

BY PLAIN Malabo International Airport serves the city. International carriers include Iberia, Spanair, Air France, KLM, Kenya Airways, Aero Contractors, Royal Air Maroc, and Lufthansa, as well as a few smaller airlines that fly to neighboring nations as well as the mainland (Bata). Travel on these domestic carriers should be...

How To Get Around In Malabo

Malabo is easily accessible by foot. Taxis are inexpensive. During the day, XAF500 should bring you wherever in the city. You should be able to go from the city to the Marathon Oil facility for XAF3,000. Expect to pay extra at night or when the cops are out enforcing...

Bioko Diversity Program Malabo and the Bioko island are well-known for their unique plant life. A large portion of this plant life is centered around the shore. As a consequence, the Guinean government has committed significant resources to the development of biodiversity projects. Visitors to the region may book guided tours...

Malabo is a city that has preserved colonial-era structures such as the Presidential Palace and the Malabo Palace of Justice. Other colonial structures may be seen in the downtown area, however they are as dilapidated as the wooden buildings of Nigeria's 19th century and Rey Boncoro streets. Notable structures include...

Deme's Favorite Chicken Place, Malabo, Equatorial Guinea. Get the fried plantain (sweeter is preferable) and the chicken. Serve with picante sauce and mayonnaise on top.Betty's BBQ, aka Casa Teodorita. Come here if you like ribs. A wide unmarked gate near the presidential compound downtown leads to a pleasant and small outdoor dining...

Candy Irish Pub. This tavern, which is solely "Irish" in decor, is located in the centre of Malabo, near the harbor, across the street from the Cultural Center. Drink foreign beers and socialize with locals and expatriates, mainly to de-stress after another meaningless job. The beverages are somewhat priced ($6...

Malabo Festivals honor the local culture and sites in the region. Malabo is the capital city of Equatorial Guinea and is home to people from all walks of life. As a response, they have created a diverse range of activities to commemorate their ancestry and the culture that surrounds...