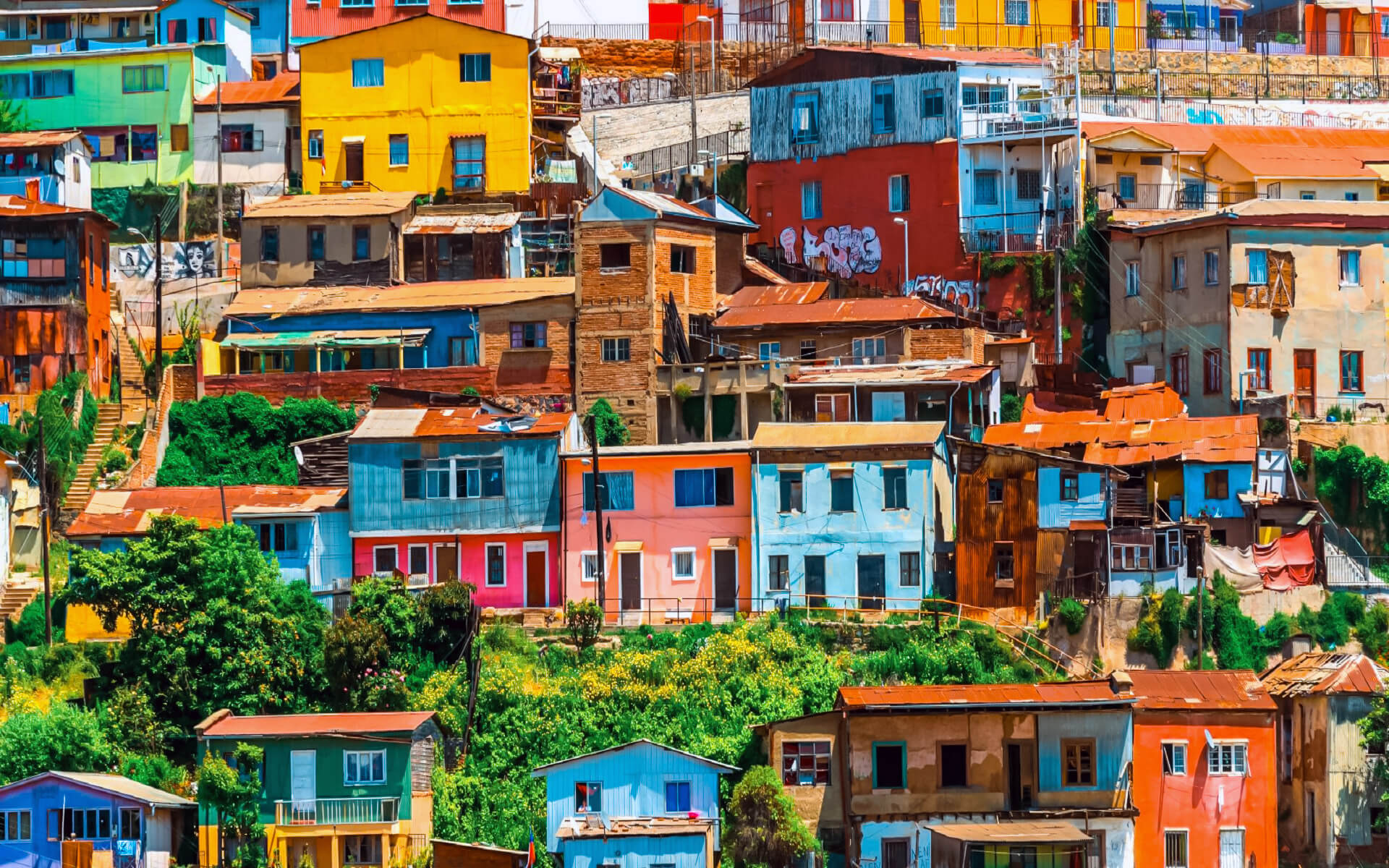 Valparaíso is a large city, seaport, and educational hub in Chile’s Valparaíso county or commune. Greater Valparaíso is the country’s second biggest metropolitan region. Valparaíso is situated 111.8 kilometers (69.5 miles) northwest of Santiago and is a major seaport in the South Pacific. Valparaíso is the city of Chile’s third most populous administrative area and since 1990 has served as the seat of the Chilean National Congress.

Valparaíso had a significant geopolitical significance in the second half of the nineteenth century, when it served as a key stopover for ships sailing between the Atlantic and Pacific seas through the Magellan Straits. Valparaíso flourished during its golden period as a magnet for European immigration, when the city was dubbed “Little San Francisco” and “The Jewel of the Pacific” by international seafarers. In 2003, the historic neighborhood of Valparaíso was designated a UNESCO World Heritage Site by the United Nations Educational, Scientific, and Cultural Organization (UNESCO).

Valparaíso did not do well in the second part of the twentieth century, as many rich families fled the city. The Panama Canal’s inauguration and subsequent decline in ship traffic inflicted a devastating blow to Valparaíso’s port-based economy. However, during the last 15 years, the city has seen a remarkable resurgence, luring a slew of artists and cultural entrepreneurs to its hillside old areas. Today, hundreds of visitors from all over the globe go to Valparaíso to marvel at the city’s unique maze of cobblestone streets and vibrant architecture. Valparaíso’s port remains a key distribution hub for container traffic, copper exports, and fruit exports. Valparaíso is also gaining popularity as a destination for cruise ships visiting throughout the South American summer. Valparaíso, most notably, has developed into a major educational hub, with four big conventional universities and numerous large technical institutions. The city embodies Chilean culture, with annual festivals and a slew of street performers and singers.

Valparaíso is a city of around 300,000 people located on Central Chile’s Pacific coast. Frequently abbreviated as Valpo, it is situated around 120 kilometers west of Santiago de Chile. The city is well-known for its bohemian lifestyle, vibrantly colored homes, and stunning sea vistas.

Valparaiso is a historic port town that has been such for hundreds of years that it was included on the UNESCO World Heritage List in 2003.

Its position on the shipping routes prior to the Panama Canal’s construction left a legacy that can still be observed in numerous elements of the ancient port town. Another legacy is its placement in an earthquake zone, which was devastated by the 1906 earthquake. It has also experienced recent earthquakes.

The ancient town is surrounded by elements that reflect a period when Chile had a thriving maritime legacy and was a source of national pride – a place where its naval superiority was tested and maintained.

While meandering around the chaotic, steep streets and soaking in the vistas and ambience, you are not only witnessing the port amid the colorful buildings and funicular railroads, but also a complicated history of Chilean national identity and politics.

The medieval town is appropriately contrasted with the more contemporary Viña del Mar to the north, as well as the hinterland leading to Santiago.

Additionally, there is a vibrant nightlife and a continuously changing array of creative events.

Valparaíso is situated in central Chile, about 120 kilometers (75 miles) north of the capital Santiago. Valparaíso, like the rest of Chile, is earthquake-prone. Prior to the magnitude 8.8 earthquake on February 27, 2010, the previous major earthquake to hit Valparaíso decimated the city in August 1906, killing over 3,000 people. Additionally, the city was impacted by the 1730 Valparaíso earthquake and the 1985 Algarrobo earthquake.

Tourism, culture, shipping, and freight transit are all significant industry.

During the four-month Chilean summer, around 50 foreign cruise ships stop in Valparaiso. Valparaíso’s port is also a major container freight center, exporting a variety of goods, including wine, copper, and fresh fruit.