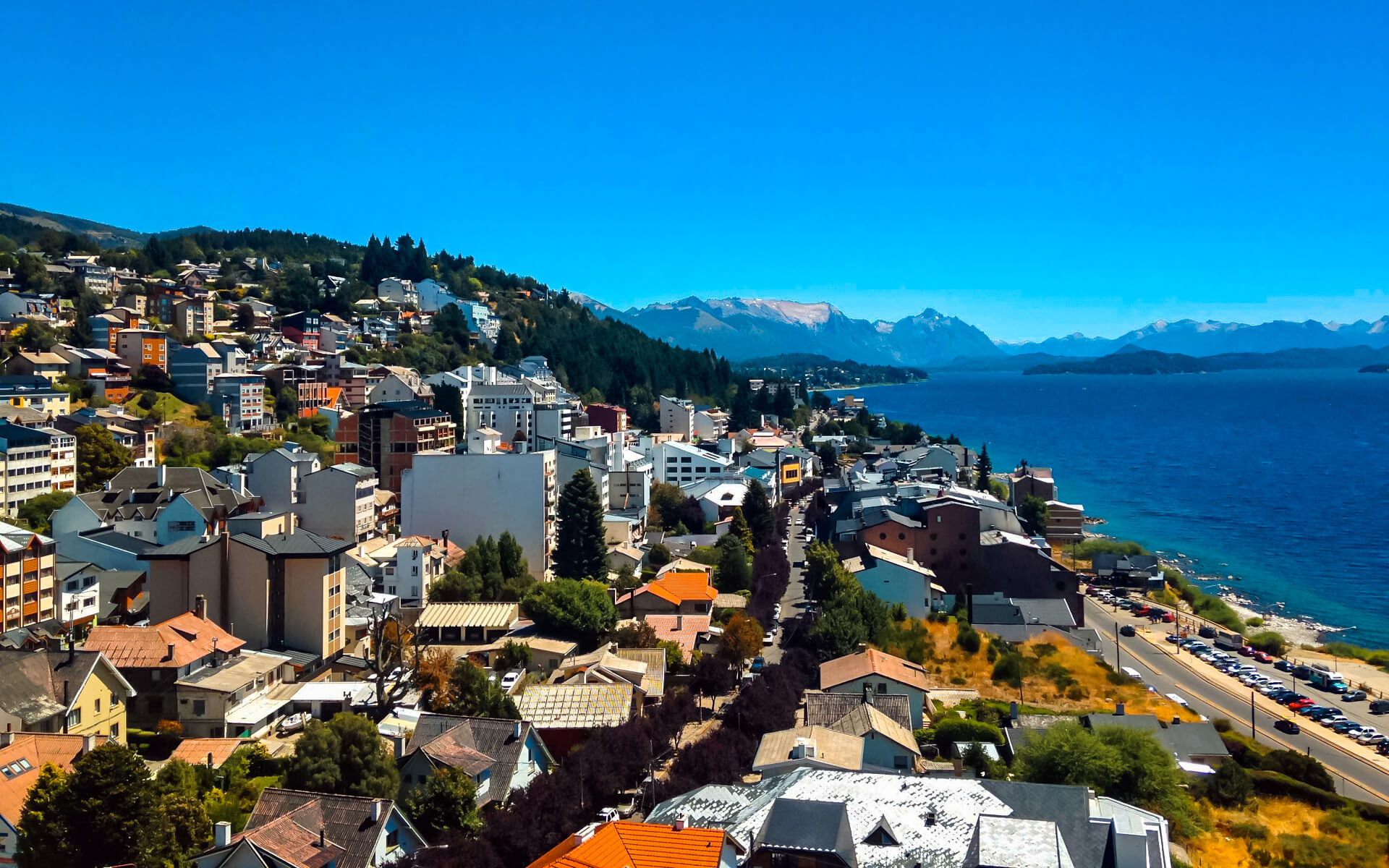 San Carlos de Bariloche, often referred to as Bariloche, is a city in Argentina’s Ro Negro province, located in the Andes foothills on the southern sides of Nahuel Huapi Lake. It is surrounded by Nahuel Huapi National Park. After substantial public works and Alpine-style buildings were developed, the city evolved as a major tourist destination in the 1930s and 1940s, complete with skiing, hiking, and climbing facilities. Additionally, it is home to a plethora of restaurants, cafés, and chocolate stores. According to the 2010 census, the city has a permanent population of 108,205.

San Carlos de Bariloche is an Argentine city located in the province of Ro Negro. It is bordered by lakes (Nahuel Huapi, Gutiérrez Lake, Moreno Lake, and Mascardi Lake) and mountains (Tronador, Cerro Catedral, and Cerro López). Arguably the most visited city in Argentina’s Patagonia, it is famed for skiing but also offers excellent opportunities for sightseeing, water sports, hiking, and climbing. Despite its evident tourist draw, Bariloche is surrounded by stunning surroundings that nature lovers should not miss. Another reason for the town’s reputation is its Swiss-like ambience, chocolate stores, and breweries; check for the St Bernard dogs on show for visitors.

Throughout the year, Bariloche’s primary economic activity is tourism, both local and international. Brazilians, Europeans, and Israelis all flock to the city. Skiing is a popular activity, and the majority of visitors visit Bariloche in the winter (June–September). Year-round, the city is served by regular flights from Buenos Aires by LAN airlines and Aerolneas Argentinas. Cerro Catedral’s ski slopes are the most popular. Throughout the summer, gorgeous beaches such as Playa Bonita and Villa Tacul attract sunbathers; daring lake swimmers brave the frigid waters (chilled by melting snow). Summer temperatures on Lake Nahuel Huapi average 14 °C. Bariloche is the largest city in the vast Lakes District and acts as a hub for several trips around the area. Tourists enjoy activities such as fishing, whitewater rafting, and birding. Trekking in the neighboring alpine wilderness is facilitated by a few Club Andino Bariloche-operated high-mountain cabins. Additionally, the city is known for its chocolates and architecture in the Swiss style. Numerous high school students in Argentina go to Bariloche for senior trips, and the town is well equipped to handle these types of groups.

San Carlos de Bariloche’s climate is a transition zone between the Andes’ rainy climate to the west and Patagonia’s dry climate to the east. Precipitation is heavier in places to the west, such as the city center, than in areas to the east, such as the airport. Summers are defined by extended periods of bright, dry, and windy weather punctuated by nice afternoons and frigid nights that sometimes dip below freezing. The high gusts make it seem colder than it really is. Spring and autumn are quite varied, with some days being lovely and others being bitterly chilly. These seasons are characterized by frequent snowfall. Winters are chilly to bitterly cold with regular precipitation, bringing stormy weather with mixed precipitation (snow, rain, sleet), as well as the rare snowfall. Daytime temperatures are often above freezing, however nights are quite cold. This season, the city gets an abundance of snow, averaging 23-42 cm (9.0-16.4 in), making it a great skiing season.

Within city bounds, different topographical characteristics influence the weather, resulting in the formation of several microclimates. Generally, the city follows the shoreline of Nahuel Huapi lake for more than 15 kilometers east to west. The lake is over 10 kilometers wide in front of the city center and reaches more than 70 kilometers northwest into Villa La Angostura. The Brazo Blest fjord continues another 50 kilometers west of the city, and these two features enable strong westerly and northwesterly winds to reach the city. The majority of the central business district and almost all tourist destinations are situated along the coastline; they are therefore “sandwiched” between higher elevations to the south and the expansive lake at 765 meters above sea level to the north. This location, on a north-facing hill next to open water, offers a moderate microclimate: in the summer, daytime temperatures seldom exceed 30 °C, often hovering between 18 and 25 °C, with nights typically ranging between 2 and 9 °C (36 and 48 °F). During the winter, most days are between 3 and 9 degrees Celsius (37 and 48 degrees Fahrenheit), while nights are often between 5 and 4 degrees Celsius (23 and 39 degrees Fahrenheit), mostly dependent on cloud cover. Snowfall is typically mild, and although snow depths may sometimes exceed 0.1 metres (4 in) during a snowfall, they seldom remain more than two or three days. Extremely low temperatures seldom dip below 10 °C (14 °F), however they have been seen to hit 15 °C (5 °F) on occasion. The predominant characteristic of this location is the strong, westerly winds that can exceed 100 kilometers per hour, particularly between September and December. The city’s precipitation varies from over 1,800 millimetres (70 in) in the west (Llao Llao) to less than 600 millimetres (24 in) in the east (Airport).