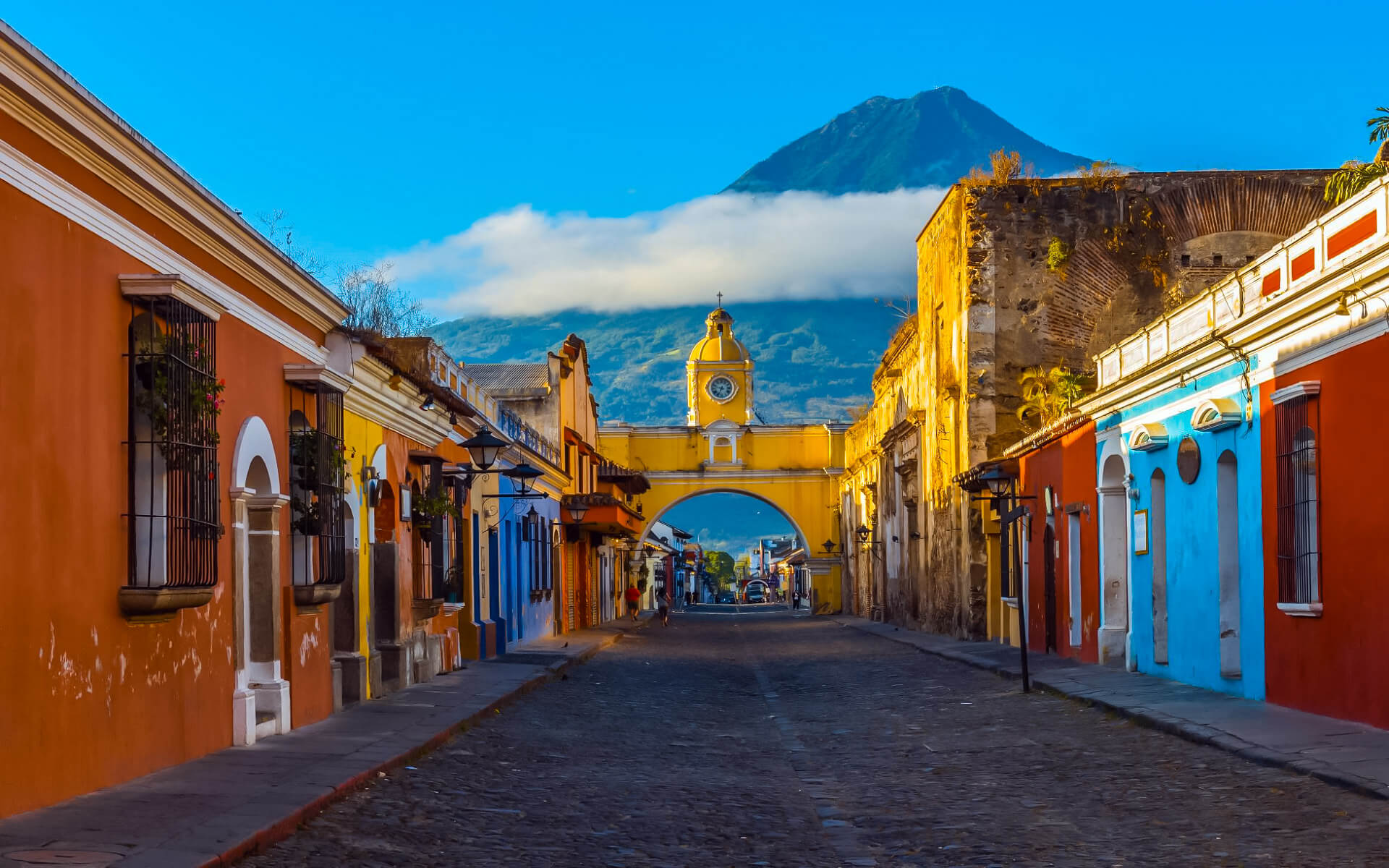 La Antigua Guatemala, founded on March 10, 1543, was designated a UNESCO World Heritage Site in 1979. This magnificent and fascinating colonial city boasts a nearly 500-year history, a favored climate, and a spectacular view of the Fire and Acatenango volcanoes.

La Antigua was established in the Panchoy Valley and was dubbed the third seat of Guatemala’s capital. Time stood still in this city, caught between the massive walls of its temples, monasteries, and colonial residences. This vibrant town still contains renovated 16th-century structures and may be explored on foot along its cobblestone streets.

La Antigua Guatemala seems stunning from Cerro de la Cruz, situated northeast of the city. In addition, the iconic Water Volcano, which has seen the population’s triumphs and falls, is admirable. The beauty of this city can be seen in every aspect. Visitors are awestruck by its historical features, as well as the old temples and monasteries that are part of its past.

After multiple earthquakes, has stayed frozen in time and is recognized for its cobblestone streets, colonial buildings, civic monuments, tales, and customs.

The Palace of the General Captains, the Convent and Arch of Santa Catalina, the Plaza Mayor, the Jade Museum, the Antigua Guatemala Cathedral, the Museum of the University of San Carlos, and the Holy Route of Brother Pedro are among the prominent tourist sites of La Antigua. Handicrafts such as traditional weavings, pottery, silver and gold items, ceramics, metallic products, traditional sweets, and cuisine abound in the city.

To get to La Antigua Guatemala from Guatemala City, follow the CA-1 highway across the Roosevelt Causeway and then through San Lucas Sacatepéquez. Antigua is 40 kilometers from the capital city’s core.

Antigua is a popular tourist destination in Guatemala since it is near to Guatemala City but considerably quieter and safer, with more tourist-oriented activities. Many travel firms provide shuttles to the major touristy places: Monterrico beach, Atitlan Lake, Coban, Lanqun (Semuc Champey), or Tikal, while transportation is more central in Guatemala City. Antigua is also well-known for its chocolatiers.

Historically, the region was regarded as one of the best agriculturally in Guatemala. Tourism is the primary economic engine. Antigua is also an Anacafé coffee-producing area.