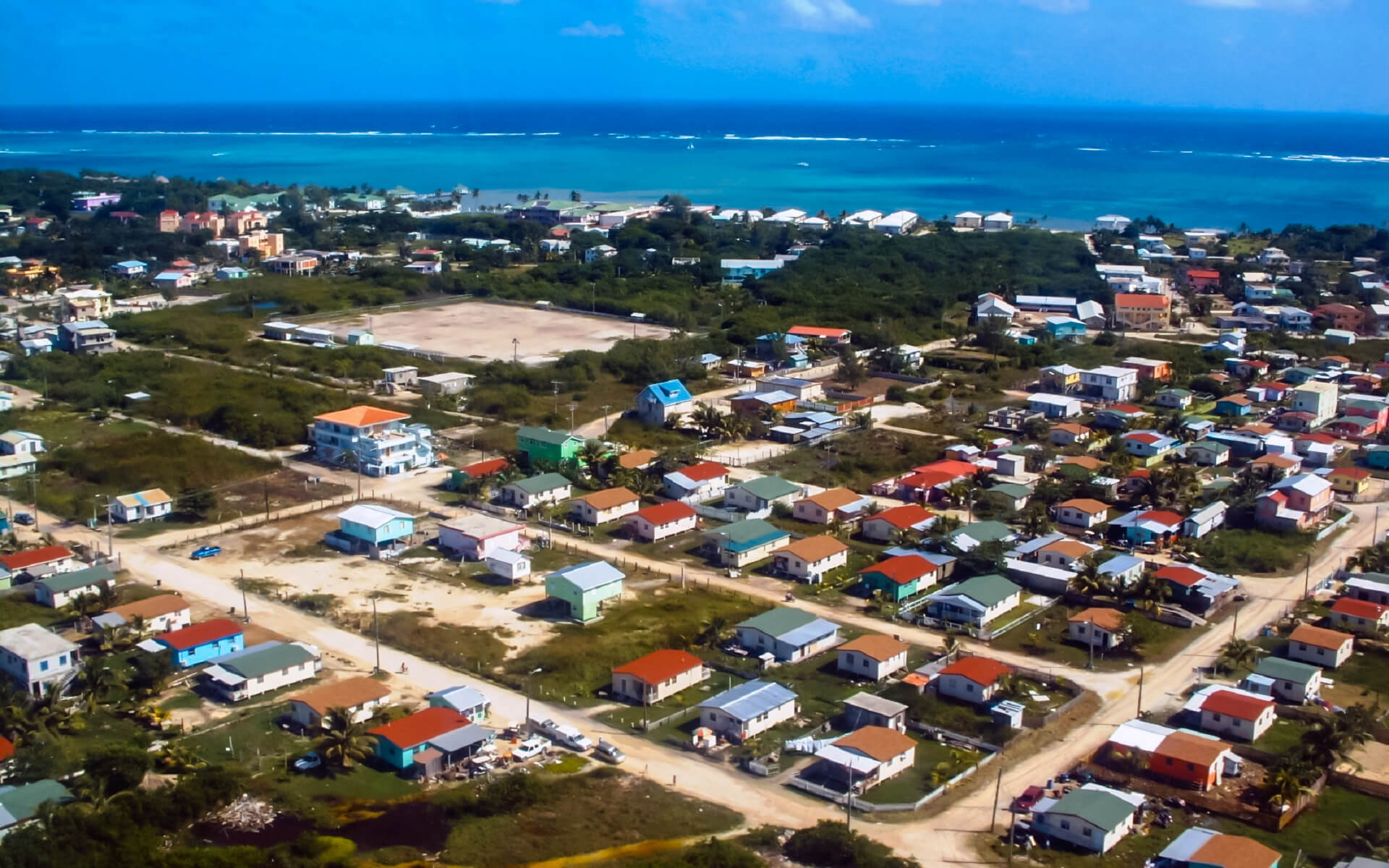 Belmopan, founded in 1970 as a planned town, is one of the world’s newest national capital cities. Belmopan, along with Belize City, has had official city status in Belize since the year 2000.

Belmopan is situated in the Cayo District at an elevation of 76 metres (249 feet) above sea level.

Belmopan was built directly east of the Belize River, 80 kilometers (50 miles) inland from the old capital, the port of Belize City, after the near-destruction of that city by Hurricane Hattie in 1961.

In 1970, the government was relocated to Belmopan.

St. Herman’s Cave – Discovering a secluded cave previously utilized for ceremonial reasons by the ancient Mayas. Hundreds of Mayan ceramic chards may be found within the cave. The cave is almost a mile long and is ornamented with gorgeous stalactite and stalagmite, making it an ideal location for pictures.

Cave Tubing – Float by side windows that filter the jungle light through the mist as you whirl among stalactites and stalagmites that tower from above and below into the underworld magical cave caves. Cave tubing may be done in either Jaguar Paw or St. Herman’s Blue Hole National Parks, both of which are located only minutes from Belmopan.

‘Zip lining – is as near to soaring above the jungle as you can get. Experience a bird’s-eye perspective of the Belize rainforest and landscapes that cannot be seen from the ground as you swing from tree to tree. You’ll be securely secured to a harness that’s connected to a wire. You launch from a platform high in a tree and speed along the line to another platform.

Actun Tunichil Muknal (ATM) is a Mayan sacrifice burial site located near Belmopan. The site is totally confined inside a cave system, and entry to the treasures requires 500 meters of climbing over rocks, wading, and swimming through water that may reach 1.5 meters in depth at points. The cave was a holy location for the Mayans, and it includes several instances of pottery, ceramics, and stoneware, as well as three sets of human sacrifice remains, one of which (dubbed the “Crystal Maiden”) has been nearly completely coated in limestone crystals by the cave’s water. The location is around 45 minutes drive from San Ignacio and, because to the caving component, it may only be visited with the assistance of an authorised guide (who will provide appropriate safety equipment). The majority of tour firms in San Ignacio can provide professionally guided trips.

Caracol – The largest ruin in Belize, however mainly unexcavated, giving the impression that you are in a national park atop a ruin. Ca’ana, which means “place of the sky,” is one of the Mayan world’s largest and most colossal temples. It’s a must-see ruin, and it includes stops at Rio On Pools and Rio Frio Cave.

The Artbox is a tourist-friendly art gallery.

The climate of Belmopan is tropical monsoon.

Belmopan, like many other cities with a tropical monsoon climate, has some precipitation throughout the dry season. March and April are the driest months in Belmopan, with just around 45 mm of rain falling on average during those months. These are rare months for a city with a tropical monsoon climate to have their driest months of the year, as is the case with Belize City. The month after the winter solstice, which in Belmopan is January, is often the driest for a city with this climatic type.

Throughout the year, average monthly temperatures range from 23 to 28 degrees Celsius.

Belmopan is situated 50 miles (80 kilometers) inland from the Caribbean and 76 meters (249 feet) above sea level, along the Belize River Valley and with views of the Mountain Pine Ridge foothills. (The weather is pleasant at night.) The city is located off of the Hummingbird Highway. The Cockscomb Basin Wildlife Sanctuary is located two and a half hours south of Belmopan via car. The Hector Silva Airstrip serves it.

Belmopan was managed by the RECONDEV (Reconstruction and Development Corporation) from its founding and afterwards, which reported to the government.

Because Belmopan is the capital, many of its residents work for the national government in administrative or technical capacities. Many are situated in the enormous cluster of government buildings around the National Assembly.

Belmopan is home to roughly 589 businesses (the 1997 census revealed the presence of 373). There are five international banks in the city, as well as many local financial organizations. In 2003, a bus station and market complex were built.

Belmopan has set aside around 200 acres (81 hectares) of land inside municipal boundaries, largely in one-acre (4,000 m2) lots, in accordance with zoning restrictions. While there is currently minimal industrial activity in the city, the council has launched a campaign to attract both domestic and international investment. A 100-acre (40-hectare) industrial park near the municipal airfield — a paved 1,100-meter runway with no control tower or hangars — is being planned.