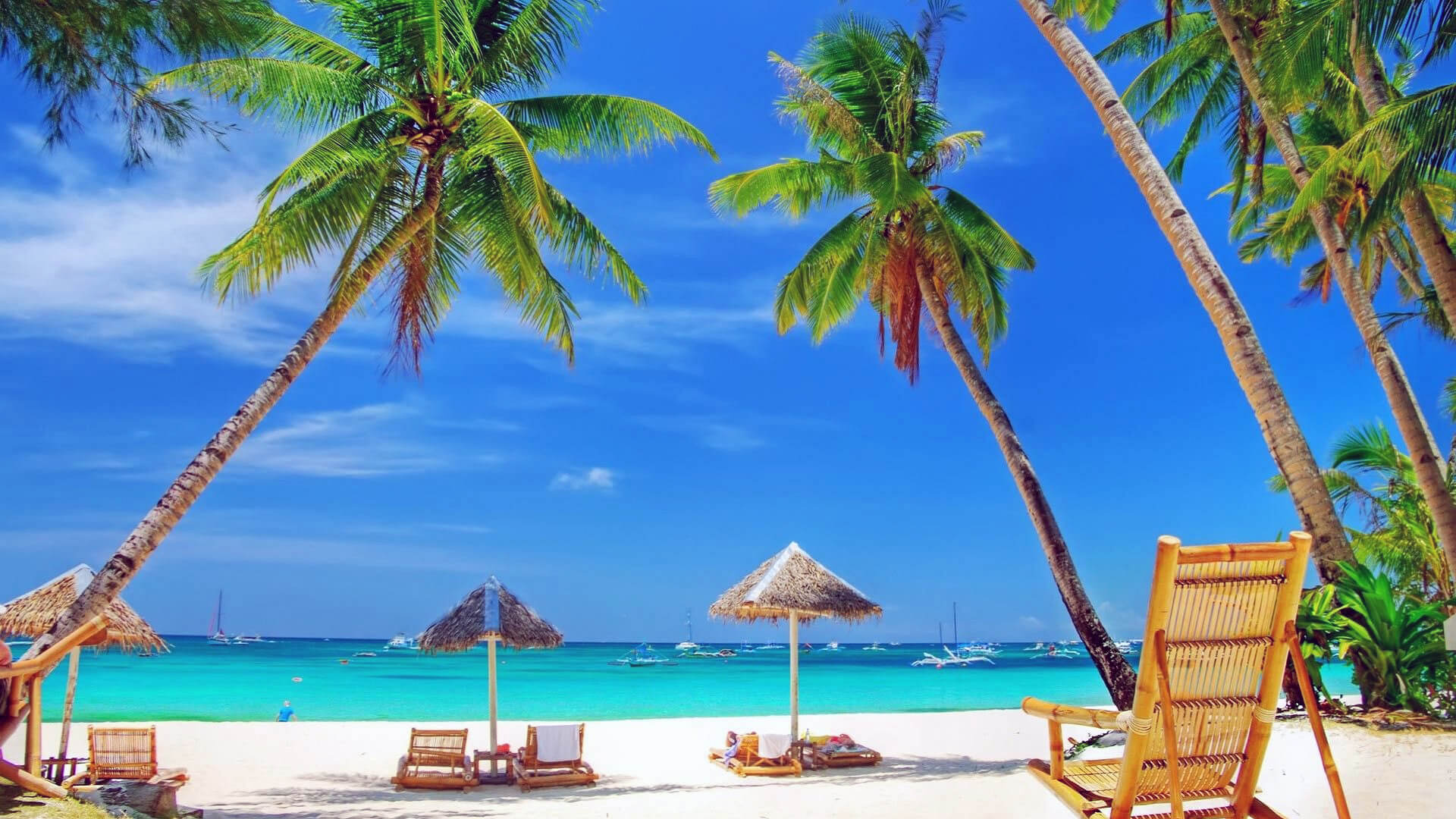 The Bahamas, formally the Commonwealth of the Bahamas, is an archipelago state in the Atlantic Ocean, north of Cuba and Hispaniola (Haiti and the Dominican Republic); northwest of the Turks and Caicos Islands; southeast of the US state of Florida; and east of the Florida Keys. Nassau, on the island of New Providence, serves as its capital. The term “The Bahamas” may apply to either the country itself or to the broader island chain it shares with the Turks and Caicos Islands. According to the Royal Bahamas Defence Force’s mandate/manifesto, the Bahamas territory includes 470,000 km2 (180,000 sq mi) of maritime area.

In 1492, Columbus made his first landing in the New World in the Bahamas. Lucayan, a branch of the Arawakan-speaking Taino people, occupied the islands at the time. Although the Spanish never colonized the Bahamas, they transported the indigenous Lucayans to Hispaniola as slaves. From 1513 until 1648, the islands were largely abandoned until English colonists from Bermuda arrived on the island of Eleuthera.

In 1718, when the British cracked down on piracy, the Bahamas became a British Crown province. The Crown relocated hundreds of American Loyalists in the Bahamas after the American War of Independence; they brought their slaves and built plantations on land concessions. Africans made up the vast bulk of the population throughout this time period. The Bahamas became a haven for freed African slaves for several reasons: the Royal Navy resettled Africans liberated from illegal slave ships here; American slaves and Seminoles escaped from Florida here; and the government freed American slaves transported on United States domestic ships that arrived in the Bahamas due to bad weather. Slavery was abolished in the Bahamas in 1834. Today, descendants of slaves and free Africans make up almost 90% of the population; slavery-related problems pervade society.

In 1973, the Bahamas became an independent Commonwealth country, with Queen Elizabeth II serving as queen. The Bahamas is one of the wealthiest nations in the Americas in terms of gross domestic product per capita (behind the United States and Canada), with an economy centered on tourism and finance.

Bimini, known as the gateway to the Bahamas, is the closest island to the USA. The island of Abaco is located east of Grand Bahama. The southeastern island is Inagua. The largest island is Andros Island. Other inhabited islands are Eleuthera, Cat Island, Long Island, San Salvador Island, Acklins, Crooked Island, Exuma, Berry Islands and Mayaguana.

The archipelago of the Bahamas are actually the tops of banks formed some 90,000 to 120 years ago by the formation of coral reefs. The well-known pink sand beaches of the Bahamas get their bright appearance from the broken shell pieces combined with the sand. The highest point in the Bahamas is Mount Alvernia on Cat Island, which is 63 metres (over 200 feet) high.

The wildlife in the Bahamas includes several species. Many different species of crabs can be found on the beaches. Hermit crabs and Cardisoma guanhumi are two of the land crabs commonly seen on the island. Abaco’s wild horses on the Bahamas have become famous.

During a Bahamas tour, visitors to the island may encounter various other species, such as the Bahamas hutia, numerous frogs, rock raccoons, snails such as cerion, cicadas, blind cave fish, ants and reptiles.

The wildlife of the Bahamas offers a wide range of amazing birds. In the Bahamas, parrots and pigeons are among the most common and most popular birds that you can find.

In the Bahamas, you will also find a variety of marine life. There are sharks, dolphins, anglerfish, starfish and turtles which can be seen in the waters around the Bahamas. Apart from numerous species of fish, tourists can also discover various types of worms.

According to the 99% response rate from the race question in the 2010 census questionnaire, 91% of the population reported being African or Afro-Bahamian, 5% European or Euro-Bahamian, and 2% mixed race (African and African) European). In 1722, 3 centuries earlier, at the time of the first official census of the Bahamas, there were 74% whites and 26% blacks in the population.

Afro-Bahamians are Bahamian nationals whose primary ancestry was in West Africa. While the first Africans to arrive in the Bahamas were liberated slaves of Bermuda. They arrived with the Eleutheran Adventurers looking for an opportunity to make a new life.

Africans or Afro-Bahamians are the largest ethnic group in the Bahamas since the plantation colonial era. in the 21st century, they make up about 91% of the country’s population. The Haitian population is also predominantly of African descent, with a population of approximately 80,000 people. Due to an extremely high immigration of Haitians to the Bahamas, the Bahamian government began deporting illegal Haitian immigrants to their homeland in late 2014.

There are 16,598 (5%) descendants of Europeans or European Bahamians. European Bahamians or Bahamians of European and mixed European descent are the largest minority and are mainly descendants of English Puritans fleeing religious persecution in England and American Loyalists escaping the American Revolution, which arrived in 1649 and 1783, respectively. Many Southern Loyalists went to the Abaco Islands, half of whom were of European descent as of 1985. A small portion of the Euro-Bahamian population is descended from Greek workers who helped develop the sponge industry in the 1900s. They make up less than 1% of the country’s population, but have retained their distinct Greek-Bahamian culture.

By planeThe largest airports in the Bahamas are in the capital Nassau on New Providence and Freeport on Grand Bahama. Smaller airports are scattered throughout the other islands. The Bahamas has six international airports, the largest being Lynden Pindling International Airport, which is located west of Nassau.With the boatThe...

By planeBahamasair offers a comprehensive network that radiates out from Nassau and covers most population centres. However, fares are high, frequencies are low, aircraft are small and the airline is known for long delays. Many travellers in a hurry prefer charter flights.By busNassau/New Providence have a bus system called...

IslandsNew Providence (Nassau, Paradise Island)Dominated by the capital Nassau and connected to the small island of Paradise, home to the gigantic Atlantis casino complex.Grand BahamaAn ecological playground consisting of a system of underwater limestone caves. The Ecotourism Centre, which offers nature discovery tours, national parks and botanical gardens.BiminiAbacos and...

Accommodation in the Bahamas is expensive and there is virtually no hostel-style accommodation. The cheapest hotels start at around US$70 and most hotels cost US$200-300/night, with the best resorts easily exceeding US$500. However, deals can be had in the summer low season.Please note that the Bahamas charges a "Service...

Food in BahamasAs you would expect from an island nation, seafood is very popular. The national dish is conch (pronounced "conk" with a hard K), a type of mollusc served fried ("cracked") or raw with a lemon zest, and as elsewhere in the Caribbean, the classic side dish is...

FestivalsThe biggest event in the Bahamian calendar is Junkanoo, a street carnival that takes place on Boxing Day (26 December) and New Year's Day (1 January). Junkanoo bands parade through the streets of the cities, especially in Nassau, wearing spectacular but disposable crepe paper costumes and playing the characteristic...

The Taino people settled in the uninhabited south of the Bahamas from Hispaniola and Cuba around the 11th century after migrating there from South America. They became the Lucayan people. It is estimated that 30,000 Lucayans were living in the Bahamas at the time of Columbus' arrival in 1492.Christopher...

Stay safeBy the middle of the year 2007, the country had already recorded 42 murders. The murder count for 2010 was 96. Police statistics will show that most murders are linked to domestic violence or gang related disputes, mostly fueled by competition in the illegal drug trade. In 2011...