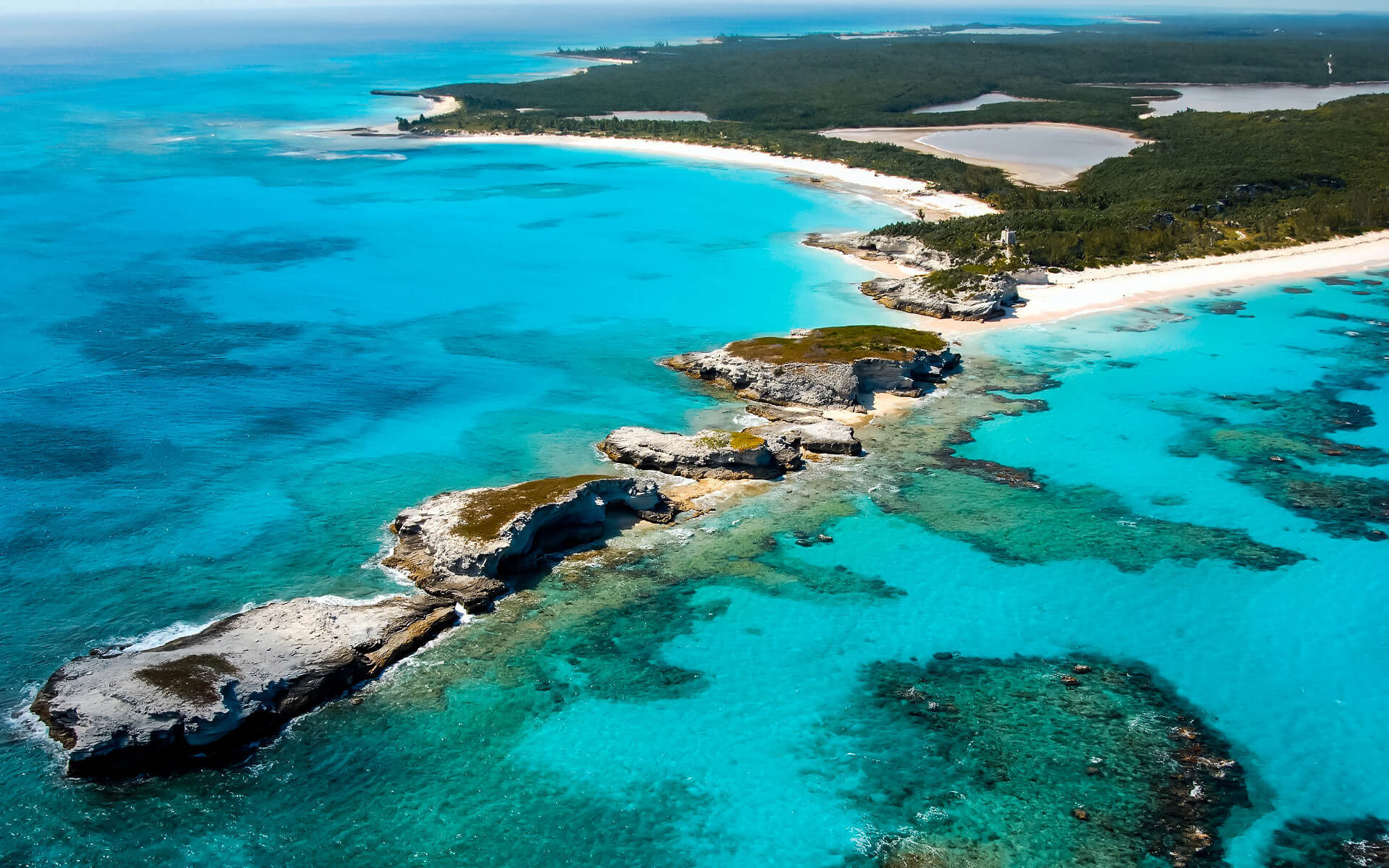 Eleuthera refers to both a single island in the archipelagic state of The Commonwealth of the Bahamas and a series of smaller islands that surround it. Eleuthera is a member of the Great Bahama Bank. Eleuthera Island includes the smaller Harbour Island. The name “Eleuthera” is derived from the feminine Greek word o (eleutheros), which means “free.” It was known as Cigateo in the 17th century and is located 80 kilometers (50 miles) east of Nassau. It is 180 kilometers (110 miles) long and just 1.6 kilometers (1.0 mile) width in sections. It faces the Atlantic Ocean on the east and the Great Bahama Bank on the west. The island’s landscape ranges from vast undulating pink sand beaches to massive outcrops of old coral reefs, and its population is estimated to be about 11,000 people. The island’s main source of income is tourism.

Eleuthera refers to both the single Bahamian island and the adjacent series of minor islands, which includes Harbour Island, Windermere Island, Man Island, and Current Island.

Eleuthera is bordered by the Great Bahama Bank on the west and the Atlantic Ocean on the east. The main island is located 80 kilometers (50 miles) east of Nassau. It is a long and thin island, 180 kilometers (110 miles) long and just 1.6 kilometers (1.0 mile) broad at its narrowest point. The island has a total size of 457.4 square kilometers and a shoreline of 336 kilometers (210 miles).

The island’s geography varies, with vast, undulating pink sand beaches, massive outcrops of old coral reefs, caverns, and other geological features. Among the island’s flora and wildlife are 13 recorded species of native amphibians and reptiles, three of which were categorized as endangered in 2000. The Leon Levy Native Plant Reserve, which contains an environmental teaching center, is located on the main island. The profusion of Sharks and Rays in the seas near Eleuthera is ascribed by the local Cape Eleuthera Institute to the prohibition of long-line fishing in local waters.

Settlements and the Economy

Eleuthera Island is one of numerous in the archipelago surrounded by shallow waters, which can be seen in this image as light blue. Mosaic patterns of sand waves created by sea bottom currents in the shallows stand out against the deep blue of the Exuma Sound’s ocean depths of a thousand feet.

Gregory Town has an annual Pineapple Festival. Eleuthera is a popular tourist destination for individuals interested in Bahamian history and wildlife, while adjacent Harbour Island and Spanish Wells provide additional tourism opportunities. The Glass Window Bridge, Hatchet Bay caverns, and Surfer’s Beach are among the natural features in the north, while Ocean Hole and Lighthouse Beach are in the south end. The Eleutherian Adventurers lived in Preacher’s Cave on the north end in the mid-17th century, and subsequent digs have revealed Arawak remains at the site. As of 2000, the island’s per capita GDP was $5756 Bahamian, with tourism being the most important human economic activity and fishing, agriculture, and mining employing 6% of the population.