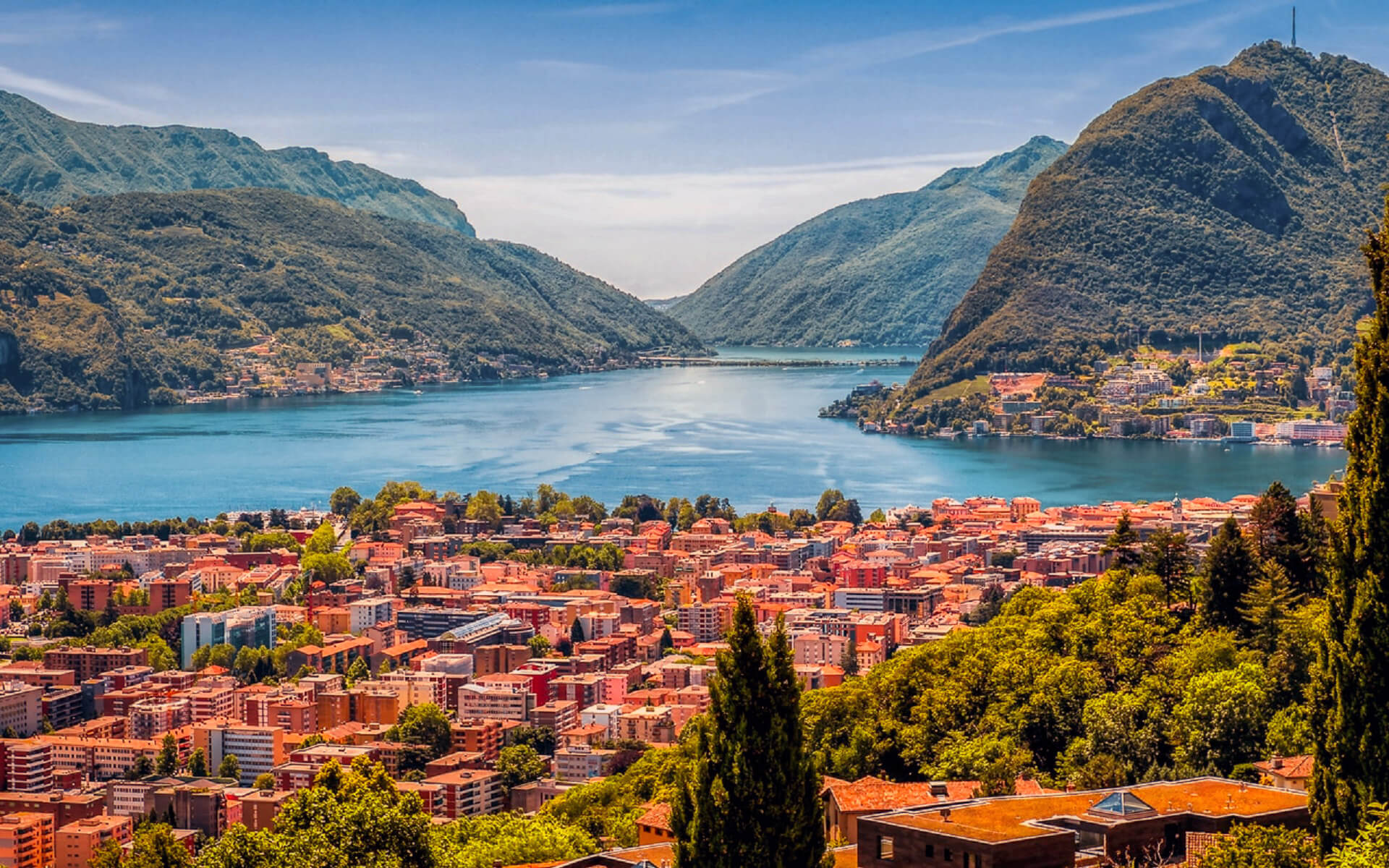 The city is located on Lake Lugano, surrounded by the Lugano Prealps Alps. Its balmy summers and reputation as a magnet for celebrities, performers, and successful athletes have given it the moniker “Monte Carlo of Switzerland.”

Lugano is a lakeside city in Ticino, the Italian-speaking region of southern Switzerland, and the biggest Italian-speaking city in Switzerland, if not the world. Lugano, which is part of a temperate microclimate, has palm palms, gorgeous boulevards, breathtaking views of the lake and the Alps, and abundance of outdoor and indoor activities. Lugano is also a wonderful starting point for exploring other towns and sights in the region. In the summer, the city is a wonderful spot to unwind, and it is just a half-hour drive from Lake Como.

Lugano is one of Switzerland’s most popular tourist attractions. The city boasts a lot of historic buildings and museums, and the surrounding region offers numerous natural attractions.

Lake Lugano and its surrounding mountains provide a broad range of outdoor sports. The region around Lugano has about 300 kilometers (190 miles) of mountain bike trails, making it Switzerland’s greatest network of trails.

Lugano is located on the shores of Lake Lugano (Italian:Lago di Lugano or Ceresio), which is located south of the Alps between the lakes Lago Maggiore and Lago di Como. It is located in the middle of the Sottoceneri, the canton of Ticino south of the Monte Ceneri Pass.

The city center is situated on the lakeshore, slightly west of where the Cassarate River joins the lake. Between the Brè (925 m [3,035 ft]) and San Salvatore (912 m [2,992 ft]) mountains, the city’s waterfront forms a crescent around the bay.

The city’s limits are varied due to the city’s historical evolution, which included some relatively far suburbs while leaving other, closer suburbs as autonomous municipalities. A significant and sparsely inhabited area of the city is located on the east bank of Lake Lugano, which separates it from the rest of the city. Similarly, the inner-urban but autonomous municipality of Paradiso is a near-enclave, completely enclosed by the city and the Lugano Lake.

Housing and structures accounted for 9.4 percent of the built-up area, while transportation infrastructure accounted for 3.0 percent. Parks, green belts, and sports grounds accounted for 1.2 percent. Heavy woods cover the whole wooded land region. 0.5 percent of agricultural land is utilized for crop production, whereas 9.4 percent is used for alpine pastures. The municipality’s water supply is entirely comprised of lakes.

Lugano had a 5.59 percent unemployment rate in 2007. In 2005, there were 77 individuals working in the main economic sector, and around 28 enterprises were active in this area. In the secondary industry, 3,520 people were employed, and 420 enterprises operated. The tertiary industry employed 33,601 people and supported 3,877 firms. The town had 12,191 individuals who were working in some way, with females accounting for 45.9 percent of the workforce.

In 2000, the municipality had 28,174 employees who commuted in and 3,994 workers who commuted out. Lugano is the region’s economic core, attracting around 7.1 employees for every one leaving. Around 12.4 percent of the labor arriving in Lugano is from outside Switzerland, whereas 1.6 percent of residents travel out of the country for employment. 15.2 percent of the working population utilized public transit to travel to work, while 44.6 percent drove alone.

Darwin Airline, which has been operating under the brand name Etihad Regional since January 2014, has its headquarters in Agno, near Lugano, on the grounds of Lugano Airport.

In town, there are a few internet cafés. As is customary, try near the railway station. There is free Wi-Fi available along the lakeshore and on the University campus (Via Buffi, 13).