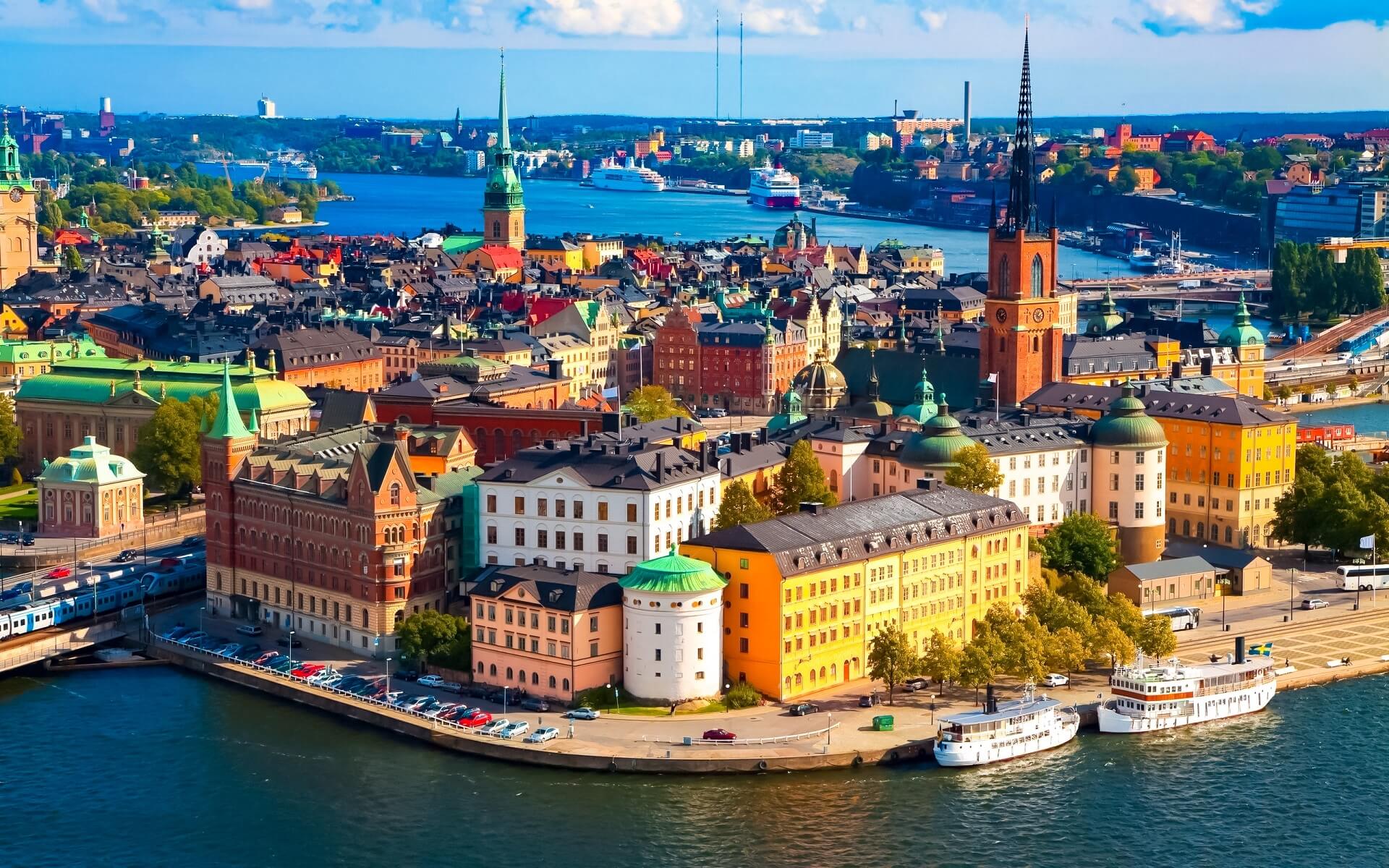 Stockholm is Sweden’s capital and the most populous city in the Nordic region, with a population of 914,909 in the municipality, 1.4 million in the urban area, and 2.2 million in the metropolitan area.

The city is spread out across 14 islands off the coast of southeast Sweden, near the entrance of Lake Mälaren, surrounded by the Stockholm archipelago and the Baltic Sea.

The region has been populated since the Stone Age (6th millennium BC), and Birger Jarl built the city in 1252. It is also the county capital of Stockholm.

Stockholm is Sweden’s cultural, media, political, and economic center. The Stockholm area alone accounts for more than a third of the country’s GDP and is one of Europe’s top ten regions in terms of GDP per capita. It is a major worldwide metropolis and the primary location for business headquarters in the Nordic area. The city is home to several of Europe’s leading institutions, including the Karolinska Institute and the Royal Institute of Technology (KTH), and it holds the yearly Nobel Prize ceremonies and banquets at the Stockholm Concert Hall and the Stockholm City Hall.

Stockholm is one of the world’s cleanest capitals. The EU Commission awarded the city the 2010 European Green Capital Award; it was Europe’s first “green capital.”

Stockholm is one of the world’s most populous museum towns, with over 100 museums visited by millions of people each year. The National museum is Sweden’s most recognized national museum, housing the country’s biggest collection of art: 16,000 paintings and 30,000 pieces of art handicraft. The Moderna Museet, or Museum of Contemporary Art, is Sweden’s national museum of modern art. It includes works by well-known contemporary painters such as Picasso and Salvador Dal.

Stockholm has a thriving art scene, with a number of globally renowned art institutions and commercial galleries.

Gröna Lund is an amusement park on the Danish island of Djurgården. The amusement park contains approximately 30 attractions as well as many eateries. It is a major tourist attraction that attracts hundreds of visitors every day. From the end of April until the middle of September, it is open. Gröna Lund is also a music venue.

Despite its northern position, Stockholm gets relatively pleasant weather all year. The city has a tremendous seasonal change in sunshine, ranging from more than 18 hours of daylight around Midsummer to less than 6 hours around Christmas. Stockholm receives approximately 2,000 hours of sunlight each year on average. The average annual precipitation is 539 mm (21.2″), with July and August being the somewhat wettest months. Snowfall is possible from late November to early April, however the quantity of snowfall and snow on the ground varies substantially year to year and during the winter. There is no sure guarantee for snow in Stockholm; for a true Scandinavian winter, go to Dalarna or Norrland.

In other words, the months of May through September have the most pleasant weather. Most residents leave the city from midsummer through the end of July, and other venues shut for the season, making the city more dominated by visitors.

Stockholm is situated on Sweden’s south-central east coast, where Lake Mälaren, the country’s third-biggest lake, pours into the Baltic Sea. The city’s core is made up of fourteen islands that connect to the Stockholm archipelago. The geographical city center is located in Riddarfjärden bay, on the water. Waterways cover more than 30% of the city area, while parks and green areas cover the remaining 30%.

The service sector employs the great majority of Stockholm citizens, accounting for around 85 percent of all occupations in the city. Stockholm is one of the world’s cleanest cities due to the almost complete lack of heavy industries (and fossil fuel power plants). Over the previous decade, there has been a huge increase in the number of employment produced in high-tech firms. IBM, Ericsson, and Electrolux are among the largest employers. Kista, in northern Stockholm, is home to a large information technology center.

Stockholm is the financial capital of Sweden. Nordea, Swedbank, Handelsbanken, and Skandinaviska Enskilda Banken, as well as the large insurance firms Skandia, Folksam, and Trygg-Hansa, have their headquarters in Stockholm. Stockholm is also home to the Stockholm Stock Market (Stockholmsbörsen), Sweden’s leading stock exchange. Furthermore, Stockholm is home to around 45 percent of Swedish enterprises with more than 200 workers. H&M, a well-known clothing company, is also based in the city. Tourism has been more crucial to the city’s economy in recent years. With almost 10 million commercial overnight stays each year, Stockholm County is recognized as Europe’s 10th biggest tourist attraction. In the period 2004–2008, Stockholm had the sixth biggest increase in the number of nights spent among 44 European cities.

In downtown Stockholm, there are many sites where you may connect to the Internet.

A pre-paid USB 3G modem is an option for every traveler to Sweden. These are inexpensive (as little as 150 SEK) and have good 3G coverage in Stockholm. To use the 3G modem, expect to spend roughly 100 SEK per week or 300 SEK per month. Data limitations are normally high (20 GB/month, however 100 GB or more is also offered).

If you have your own laptop, many cafés, hotels, and libraries provide free wi-fi.

The Internet is often available for free in public libraries (but you may have to ask first). Medborgarplatsen (T Medborgarplatsen) and Sveavägen 73 both have large libraries (T Odenplan). Stockholmspanelen, information terminals with keyboards and web browsers with complete internet connection but no address bar to input in the URL of the site you want to view, are available at the Central Station. But if you’re savvy, you can go to Google and then enter in the URL you want to visit and tap “Search.”

Sidewalk Express provides Internet terminals at a number of convenience stores (including 7 Eleven and many Pressbyrån outlets), as well as various other businesses and public venues, such as the main hall of Stockholm Central Railway Station. For a complete list of locations, see their website. Most terminals, on the other hand, are extremely awkward to use (metallic keyboards, stand-up only access, and so on) and quite costly. Unused time from one Sidewalk Express site may be transferred to any other terminal in Sweden within five days.

There are also a few additional gaming-oriented Internet access points. These are often open late at night.