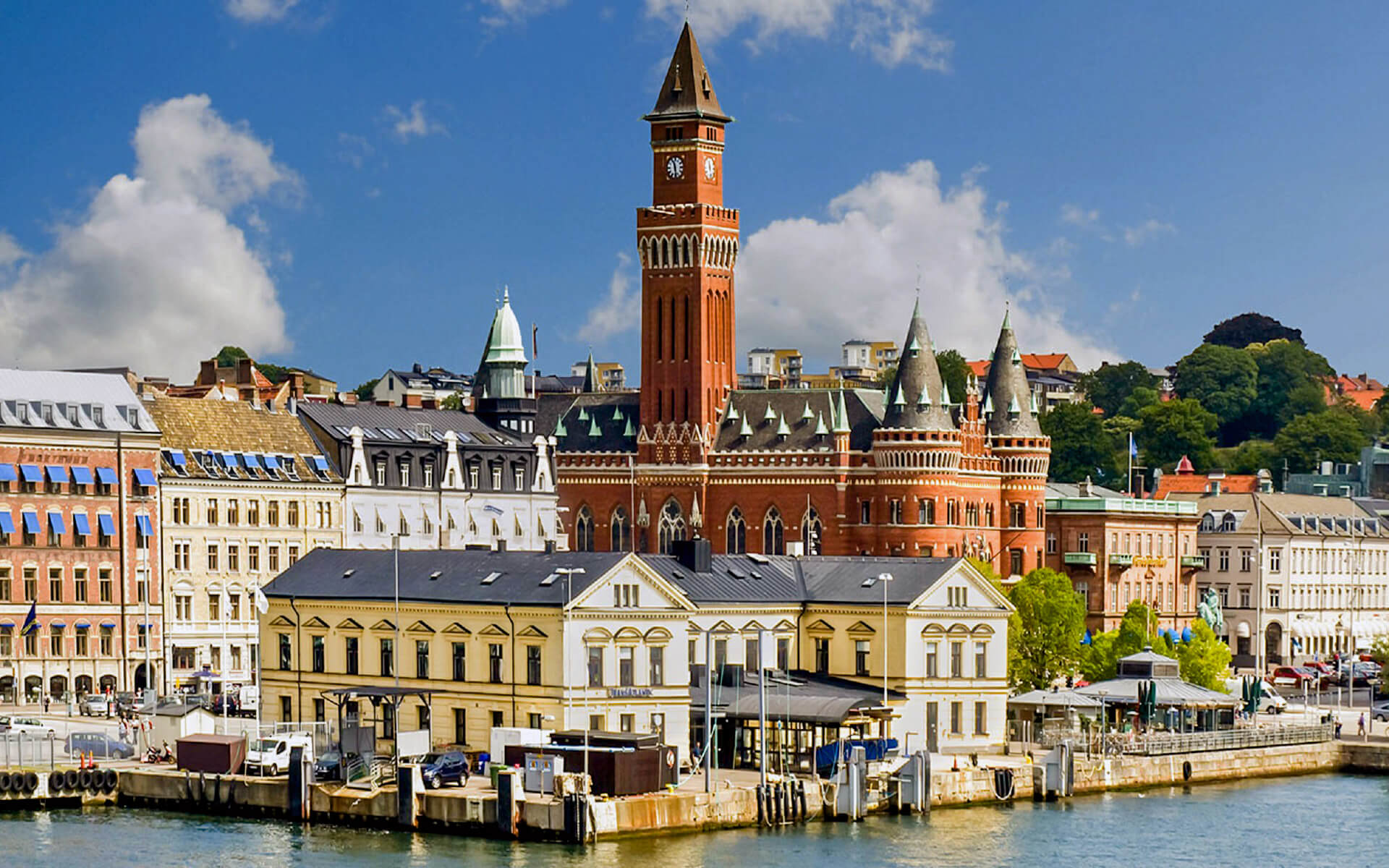 Helsingborg is a town in Scania, Sweden, and the headquarters of Helsingborg Municipality. In 2013, it had a population of 132,989 people. Helsingborg is the administrative center of western Scania’s northernmost region. There is no legal metropolitan area, but the municipality of Helsingborg City and its five neighboring municipalities (within Scania) had a population of 269.489 people in the spring of 2013 over an area of 1.353 square kilometers (0.522 square miles), with a population density of 200 persons/km2. As a result, Helsingborg is Sweden’s fourth most populous city. The city is also Sweden’s closest point to Denmark, with Helsingør, Denmark, visible on the other side of the Øresund approximately 4 km (2 km) to the west, closer than the city’s own remoter sections. When all the inhabitants in the northern half of the Øresund is included as a Helsingborg-Helsingør metropolitan region, the population rises to 732.450 in an area of 2.802 square kilometers (1.082 square miles). Several shipping companies have operated the popular ferry route known as the HH Ferry route throughout the years. Every day, more than 70 automobile ferries travel from each dock as of 2014.

Following the 1906 Swedish orthography change, numerous place names in Sweden were updated. It was chosen in 1912 to adopt the form Hälsingborg. In preparation for the 1971 local government reform, the city council of Hälsingborg proposed that the new, enlarged municipality be spelled with a “e.” This was also the decision of the Swedish government, which took effect on January 1, 1971.

Helsingborg, with its numerous historic structures, is a picturesque seaside city. The architecture is a mix of old-style stone-built churches and a 600-year-old medieval stronghold (Kärnan) in the city center, as well as more contemporary commercial structures. The streets range from broad avenues to narrow alleyways. Kullagatan, the city’s major pedestrian shopping street, was Sweden’s first pedestrian retail street.

Helsingborg has an oceanic climate characteristic of southern Sweden, yet its winters are unusually mild for such a high latitude. Although the temperature changes between seasons are substantial, Helsingborg often lacks a meteorological winter, with mean temperatures in January and February averaging slightly above freezing.

Helsingborg is an important regional trade, transportation, and commercial hub. Campus Helsingborg, a division of the University of Lund, opened in 2001 in the old Tretorn rubber plant facilities, which had been created by Henry Dunker. Three ferry companies operate around the clock, transporting passengers and goods to and from Denmark. The route is popular with day-trippers heading to Elsinore or Copenhagen, as well as those just taking in the scenery from the ships. IKEA, a furniture and home goods company, maintains its worldwide corporate headquarters in Helsingborg. Nicorette, the nicotine chewing gum, has a factory there. Ramlösa Brunn is a mineral water from the city’s southern suburbs. Spectronic, a mobile phone developer, is also based in Helsingborg. Tailor Store Sweden AB, an online bespoke clothes company, with its headquarters in Helsingborg. Since the 1800s, Zoégas, a significant coffee business, has been based here.