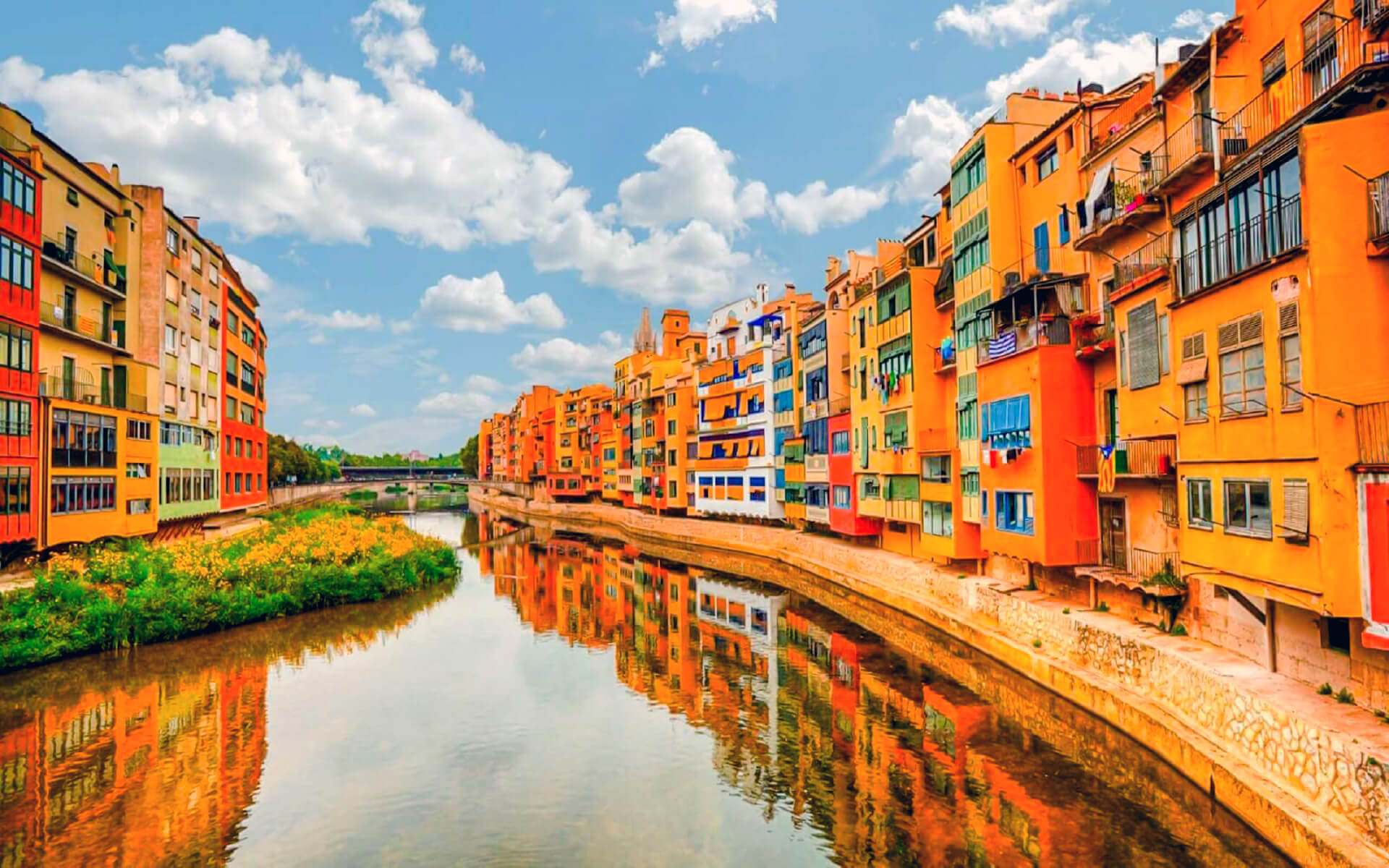 Girona is a city in northeastern Catalonia, Spain, near the confluence of the rivers Ter, Onyar, Galligants, and Güell, with an official population of 96,722 as of January 2011.

It is the capital of the Gironès comarca and the province of the same name. It lies 99 kilometers (62 miles) northeast of Barcelona. Girona is one of Catalonia’s main cities.

Girona is an ancient town in Catalonia, Spain, dating back many thousand years. The city has a population of around 100,000 people and is the seat of Catalonia’s Girona Province, which comprises the counties (or comarques) of Alt Empordà, Baix Empordà, Garrotxa, Gironès, Pla de l’Estany, and Ripollès.

The town boasts a charming Jewish quarter and is sometimes neglected by budget travelers flying into Girona-Barcelona airport. Girona is a wonderful stopover as part of a Catalonia tour, as a break from the loudness and pace of Barcelona, or as a long weekend trip with one of those low-cost airlines.

Girona is stated to frequently top a national survey of people’ favorite city to live in. Geographically located at the junction of the Ter, Onyar, Galligants, and Güell rivers, it has been a focal center of this area of Catalonia since before the Roman Empire.

The Historic Town is located on the river’s east bank, with pedestrianized small lanes encircled by the old city walls. The “Rambla,” which runs parallel to the river, is lined with street cafés and touristic eateries. Tourist information is located near the river at the southern end of the Rambla. The modern town center on the west side features bigger streets and more stores and hotels, as well as significantly lower-priced eateries.

In August, the city is unusually quiet on Saturday and Sunday as most residents flee to the shore.

Girona has a humid subtropical climate (Köppen: Cfa) that borders on a hot-summer Mediterranean climate (Csa), with warm summers and chilly winters. Temperatures may fall below 5 °C (23 °F) in the winter. Summer temperatures can reach 30–40 °C (86–104 °F). Although rainfall occurs throughout the year, it is most prevalent in the late spring and mid-autumn (May and October). July is the driest month. Thunderstorms are common.