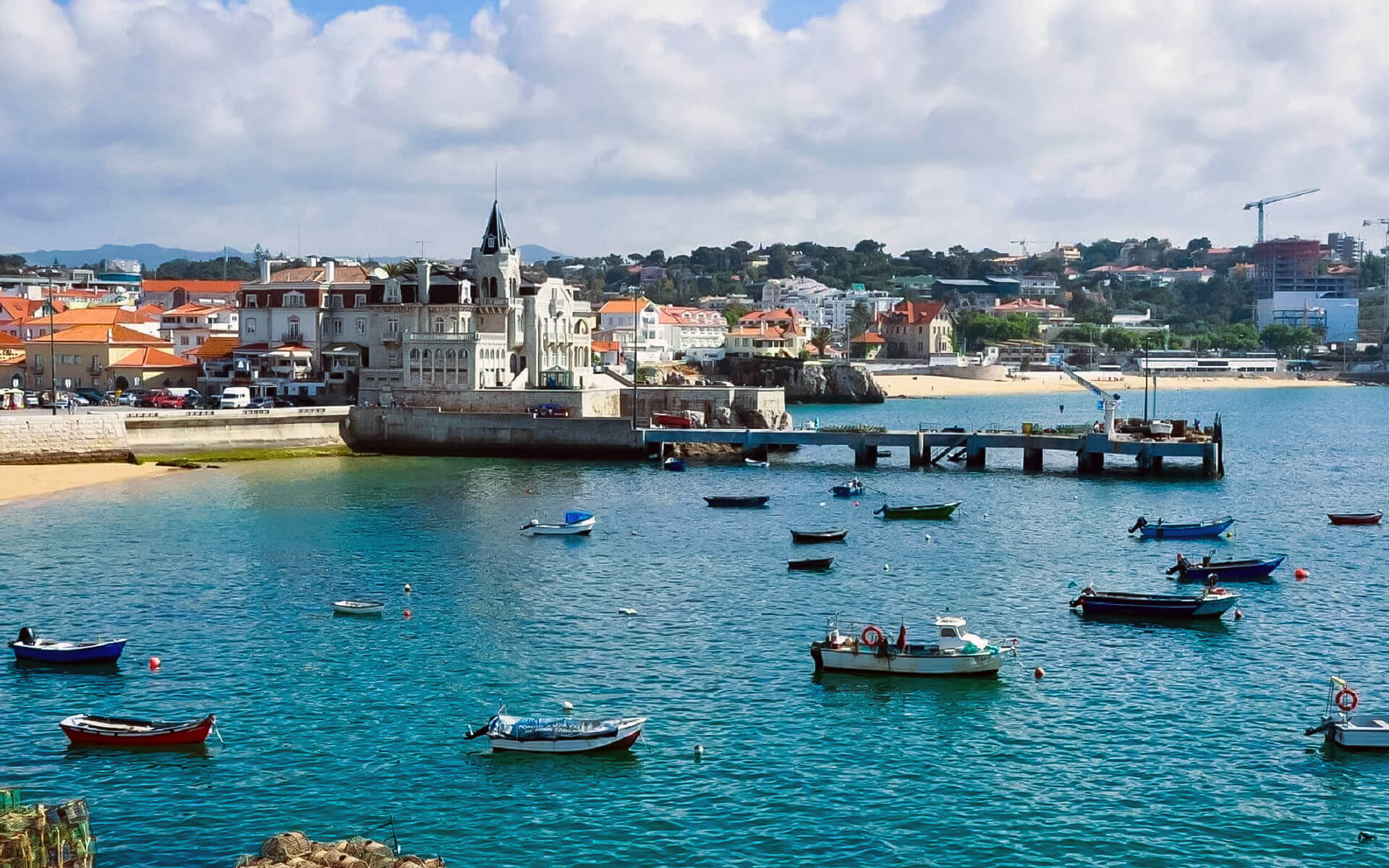 Cascais is a Portuguese beach town and municipality located 30 kilometers (19 miles) west of Lisbon. It is a sophisticated suburb of the Portuguese capital and one of Portugal’s wealthiest towns. In 2011, the population was 206,479 in an area of 97.40 km2. In the late nineteenth and early twentieth centuries, the tiny fishing community rose to prominence as a vacation for Portugal’s royal family. It is now a popular holiday destination for both Portuguese and international visitors.

It is situated in the Greater Lisbon subregion on the Estoril Coast (also known as the Portuguese Riviera). It has a general aviation airfield in Tires (S. Domingos de Rana) that serves the Lisbon Region, the Cais Aerodrome, which also provides domestic scheduled flights by Aero VIP.

Today, the town has a huge yacht harbor as well as many tiny sandy beaches. Cascais is readily accessible from Lisbon by vehicle through the A5 Lisboa-Cascais highway, or by the picturesque “marginal” route, as well as by regular low-cost commuter trains. Taxis are also a popular and reasonably priced means of transportation in the region. The city boasts castle remains, an art and ocean museum, parks, and the lovely cobblestone lanes of the old center. The town offers several hotels and tourist flats, as well as numerous fine restaurants of varied price ranges. It is an excellent base for visitors to Lisbon and its surroundings who wish to remain outside of the city but in an equally urban and sophisticated atmosphere.

Cascais is flanked by prominent beaches to the west, such as Guincho Beach, and the verdant Sintra Mountains to the north. Some of its coastline features cliffs, which attract visitors who come for the panoramic views of the sea and other natural wonders such as the Boca do Inferno. With over ten golf courses nearby, it is also becoming a popular golf destination. Because of the favorable weather, wind, and water conditions, surfing, sailing, windsurfing, and kitesurfing are all popular in the area. Cascais served as the official site of the ISAF World Championship in sailing for dinghies and racing boats in 2007.

The municipality also holds international tennis and motorcycle events, and it has hosted the FIA F1 Portugal Grand Prix for many years. The legendary Estoril Casino is one of Europe’s biggest. Near the casino lies the 5-star “Hotel Palácio” (Palace Hotel), where sequences from the James Bond film On Her Majesty’s Secret Service were filmed.