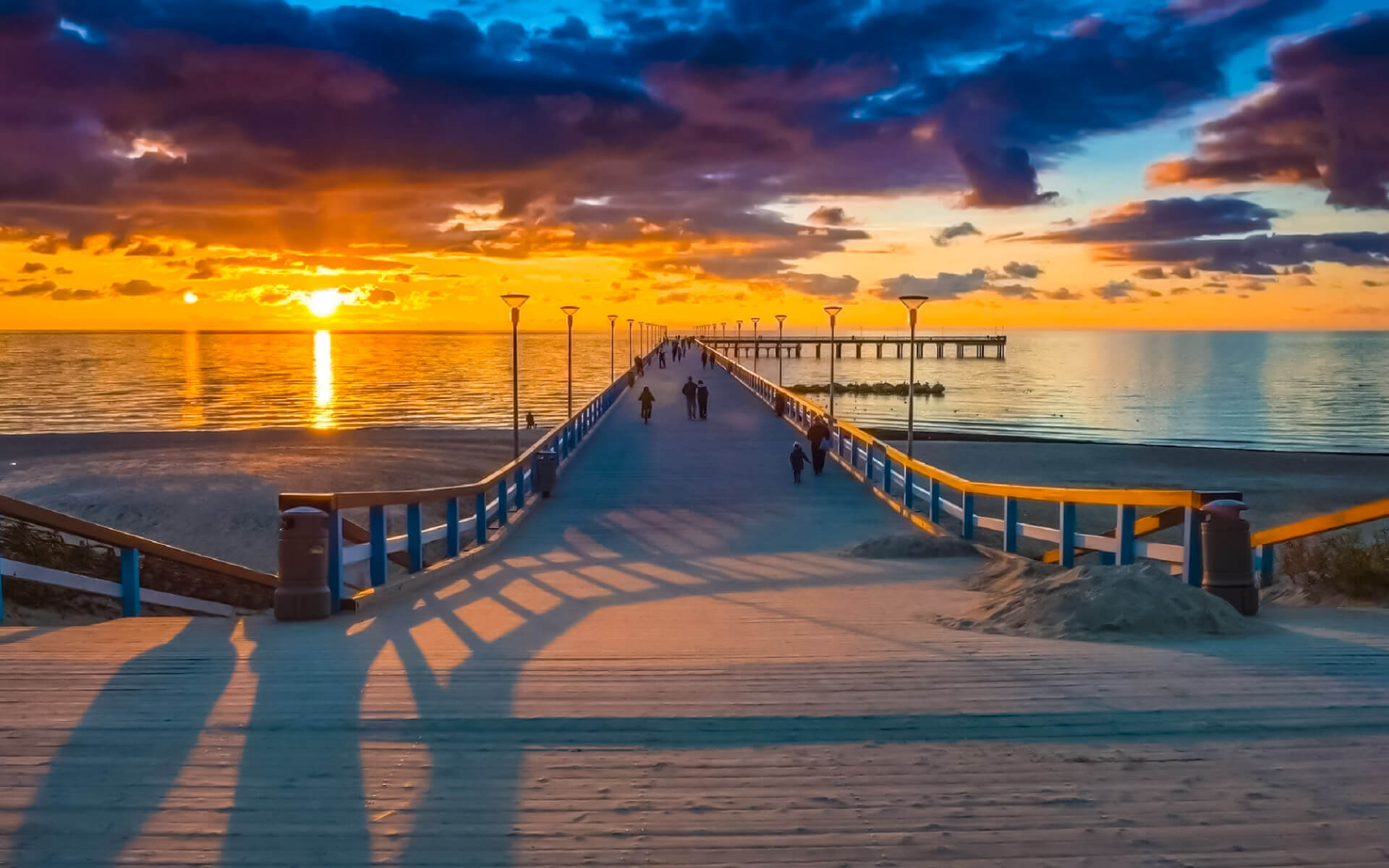 Palanga is a coastal tourist town on the Baltic Sea coast in western Lithuania. It is Lithuania’s busiest summer resort, with sand beaches (18 km long and up to 300 m wide) and sand dunes. Palanga has the official status of a city municipality, and it comprises ventoji, Nemirseta, Bting, and other communities that are regarded to be part of the city of Palanga.

During the summer, a large number of people visit Palanga to enjoy the beaches and the coastal ambiance. During the busy season, there is a carnival on Jonas Basanaviius Street, which is a pedestrian-only boulevard. There are several restaurants, pubs, rides, and other types of entertainment available. The Amber Museum, as well as the museum’s enormous botanical gardens, are available to the public. Anaiiai Ethnographic Cemetery has a number of burials from the nineteenth and early twentieth centuries. There are 28 modern art sculptures at the Sculptures Garden by artists from Armenia, Estonia, Latvia, Lithuania, and Ukraine.

One of Lithuania’s oldest pharmacies is also located in Palanga. It was founded in the mid-nineteenth century.

FM Palanga, a regional radio station, is also located in the city.

Palanga is a vacation town where the Ventoji and R (Samogitian: Ron) Rivers meet and run into the Baltic Sea. R was once known as Alanga, and it was Alanga who gave Palanga its name: Palanga, which literally means “on the Alanga River.” Palanga is a municipality that stretches 24 kilometers from Nemirseta in the south to the Latvian border in the north. Palanga is split into five districts: Nemirseta, Vanagup, Kunigikiai, Mancikiai, and Ventoji — five adjoining fisherman villages that were merged into one city after administrative reforms in the region. During the Klaipda Region’s tenure as part of Germany, Nemirseta was East Prussia’s northernmost settlement, while Palanga served as a border post between Russian Lithuania and Germany.