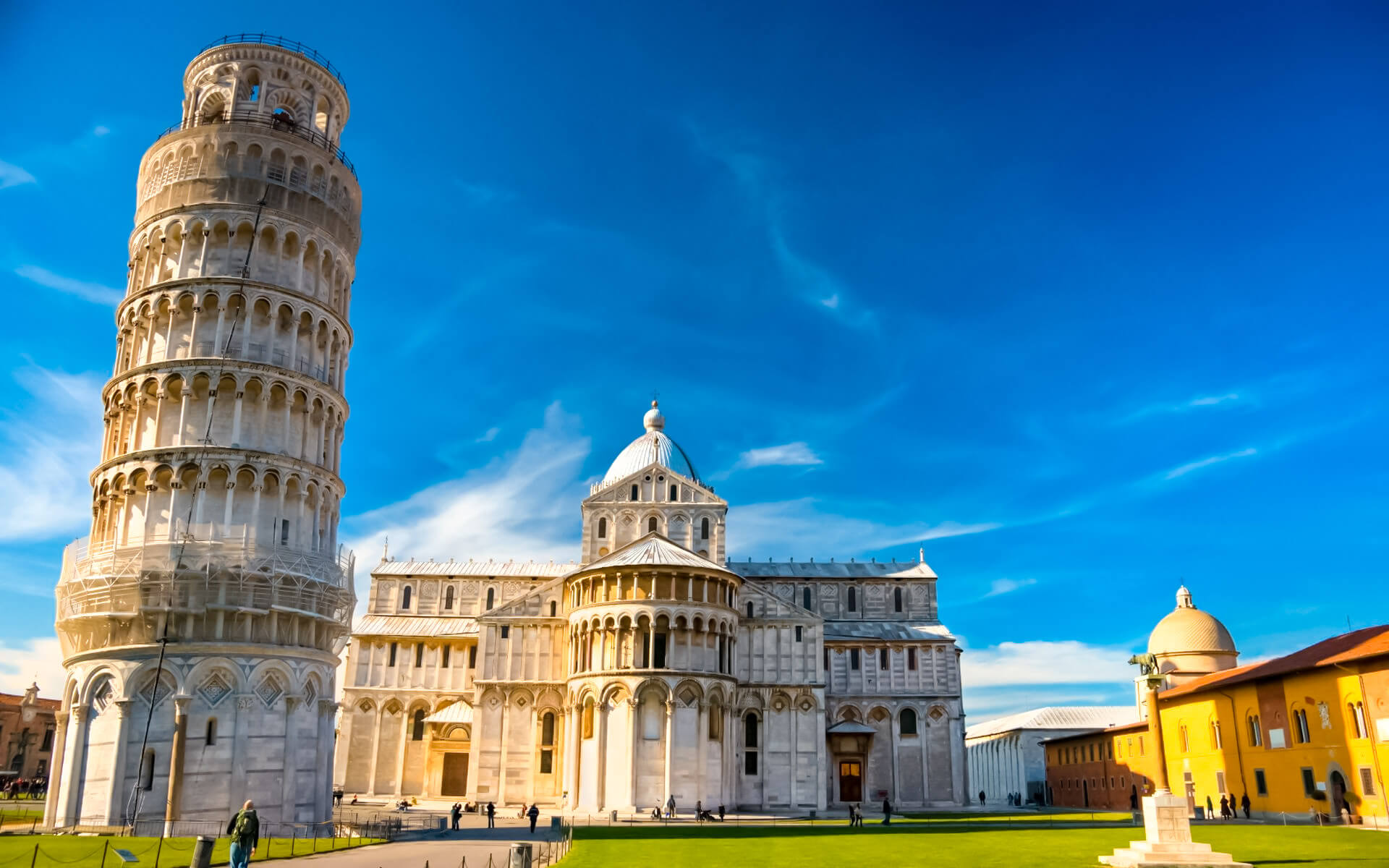 Pisa is a city in Tuscany, Central Italy, located on the banks of the Arno River, shortly before it drains into the Tyrrhenian Sea. It is the provincial capital of the province of Pisa. Although Pisa is most known for its leaning tower (the bell tower of the city’s cathedral), the city of about 89,940 citizens (around 200,000 plus the metropolitan area) is home to more than 20 other antique churches, many medieval palaces, and several bridges over the River Arno. Much of the architecture in the city was sponsored by the city’s history as one of the Italian maritime republics.

The city also has the University of Pisa, which dates back to the 12th century, as well as the fabled Napoleonic Scuola Normale Superiore di Pisa and Sant’Anna School of Advanced Studies, which are the finest sanctioned Superior Graduate Schools in Italy.

Pisa is a city in Tuscany, Italy, well known for its world-renowned Leaning Tower. But the Tower isn’t the only thing to see in this magnificent city; there are other architectural and cultural wonders as well. The half-hour walk from Campo dei Miracoli to the railway station takes you through a pedestrian area lined with intriguing views, shops, and restaurants. Because the city center is so tiny, wandering the streets and taking in the sights and ambience is the ideal way to see Pisa.

Without the University, Pisa would not be Pisa. Students liven up the city by organizing parties, performances, and cultural activities that fill the city’s main street at night. In a city of 90,000 people, the University of Pisa boasts 60,000 students (200,000 in the metropolitan area). Once you leave the popular Campo dei Miracoli, you’ll discover the city’s student vibe.

Pisa has a humid subtropical (Cfa) and Mediterranean climate (Köppen climatic classification Csa), with just one month receiving less than 40 mm of rain (1.6 in). The city has pleasant winters and very hot summers. This transitional climate prevents Pisa from having a rainless summer, as is characteristic in Central and Southern Italy, as periodic showers disrupt the dry summer.