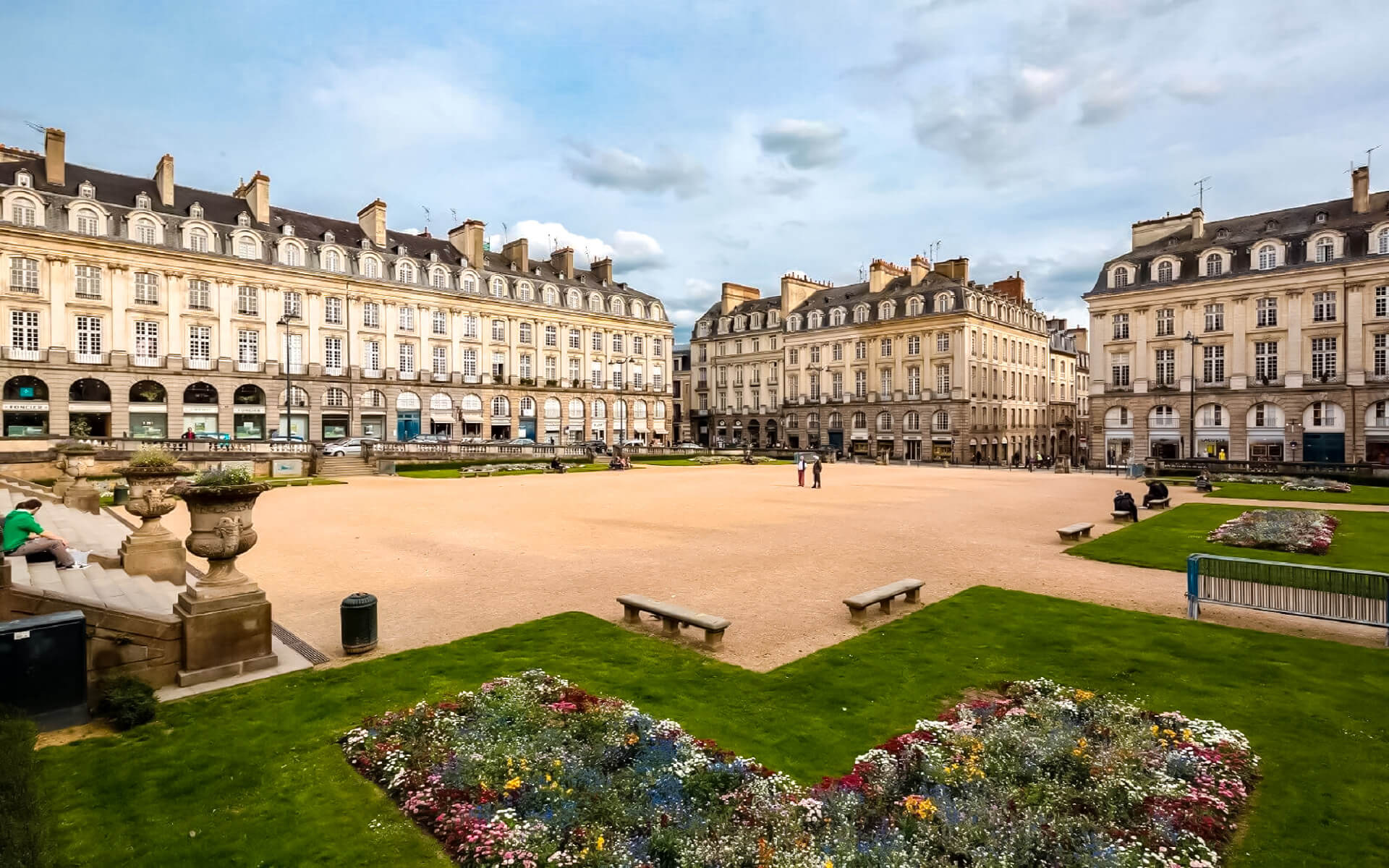 Rennes is a city in northwestern France located in the east of Brittany at the junction of the Ille and the Vilaine rivers. Rennes is the capital of both the Brittany region and the Ille-et-Vilaine department.

Rennes’ history dates back more than 2,000 years, when it was known as Condate, a little Gallic settlement. It was one of the principal cities of the medieval province of Brittany and the historical Duchy of Brittany, together with Vannes and Nantes. Rennes was a legislative, administrative, and garrison city of the Kingdom of France throughout the majority of its existence after the French Revolution.

Rennes has increased in prominence since the 1950s as a result of rural flight and contemporary industrial expansion, primarily in the automobile industry. The city had enormous construction plans to house up to 200,000 people. Rennes became one of the major centers in the telecommunications and high technology industries throughout the 1980s. It is currently a major digital innovation hub in France.

In 2015, the city was ranked ninth in France, with a metropolitan population of around 700,000 people. It is also France’s eighth-largest university campus, with over 63,000 students in 2013. Rennes residents are known as Rennais, or Rennaise in French. Rennes was rated “the most liveable city in France” by l’Express in 2012.

Rennes is not often listed in travel publications, but this medium-sized city is definitely worth a visit. It has a population of about 200,000 people, with around 60,000 of them being students. As a result, the town has a thriving nightlife. On both sides of certain streets, such as the Rue Saint Michel, there are just bars. (The locals refer to “Rue Saint Michel” as “la rue de la soif,” which translates as “Street of Thirst.”) A walk along Rue Saint Michel on a Friday or Saturday evening is a fascinating experience. However, if you’re truly in the mood to “faire la fête,” or celebrate or just have fun, the most exciting night on “Rue de la Soif” during the school year would be the “Jeudi Soir,” or Thursday evenings. Jeudi Soir is the night when most pubs are filled to the gills with students. Thursday night out on the town has a lot of memorable and unusual sights.

Rennes is especially lovely in early July, when the “Festival des Tombées de la Nuit” takes place. Its streets are then packed with people enjoying free street entertainment and dining or drinking on the patios of restaurants and cafés.

Rennes used to be almost deserted after the 15th of July, since most of its residents migrated to the shore until the 15th of August. This pattern seems to have ceased in recent years, and Rennes’ terraces and cafés are now buzzing all year.

Rennes has an oceanic climate, which means moderate winters and pleasant summers. Precipitation in Rennes is much lower than in the western sections of Brittany, reaching just half of the levels of, say, Quimper, making rainfall in Rennes equivalent to that of bigger portions of western Germany. The quantity of sunlight received by the city of Lausanne is between 1,700 and 1,850 hours each year.

The town’s old center is situated on a hill, with the north side being higher than the south side. It is located at the meeting point of two rivers, the Ille and the Vilaine.

Rennes sits on the European Atlantic Arc, 50 kilometers from the English Channel (near Saint-Malo, Dinard and Mont Saint-Michel).

Rennes is notable for having a considerable Green Belt surrounding its ring road. This Green Belt is a protected region located between the city’s core (which is somewhat congested) and the remainder of its urban area (rather rural).

Automobile manufacture, telecommunications, the digital industry, and agrofood are all part of the local economy.

Rennes quickly rose to prominence as a major hub for the high-tech and digital industries. Rennes Atalante, one of the first Technopoles developed in France, employs about 20,000 people.