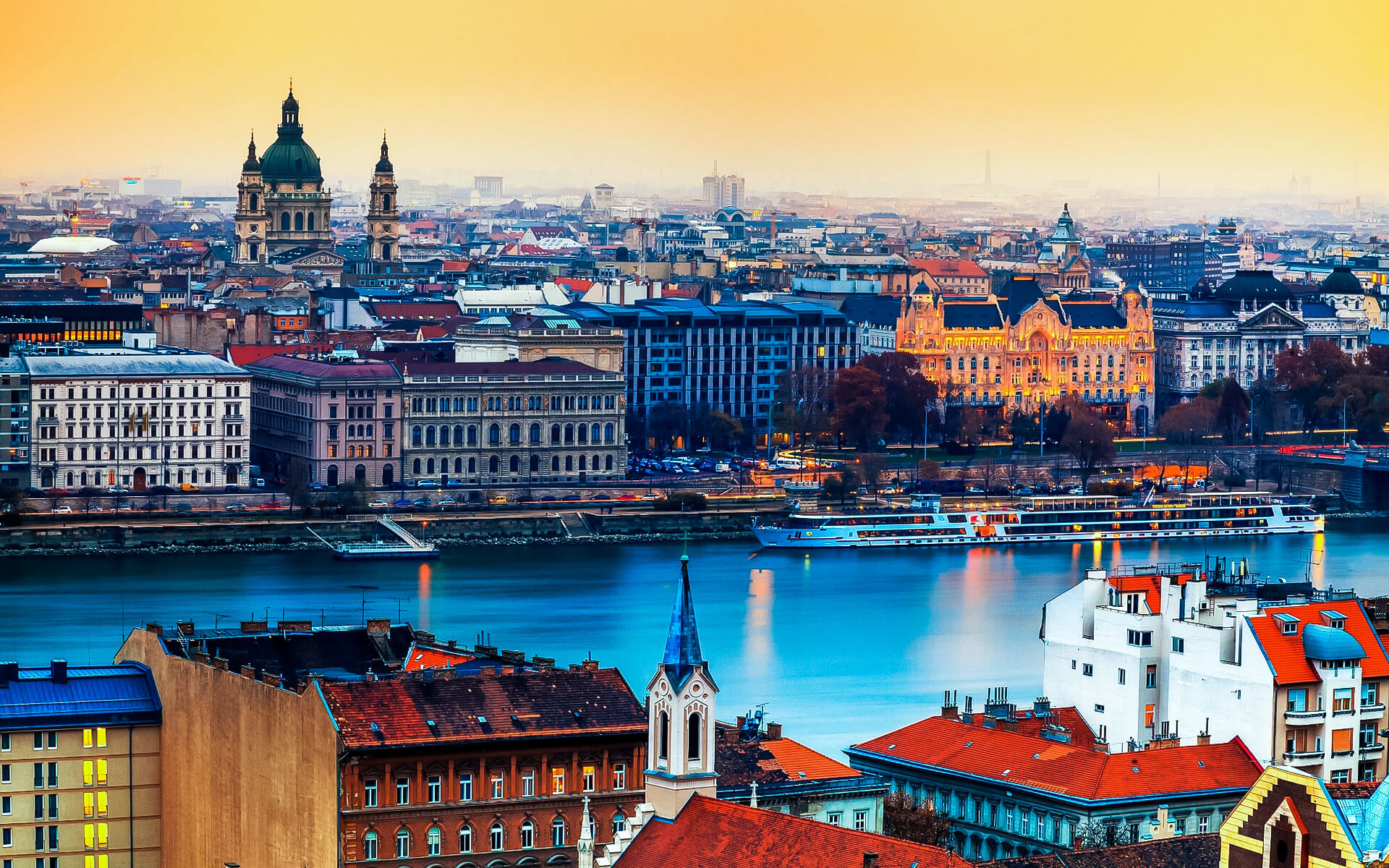 Budapest is Hungary’s capital and largest city, as well as one of the largest cities in the European Union. It serves as the country’s main political, cultural, economic, industrial, and transportation hub.

Budapest became a single city occupying both sides of the Danube on November 17, 1873, with the union of Buda and Buda on the west bank and Pest on the east bank.

The banks of the Danube, the Buda Castle Quarter, Andrássy Avenue, Heroes’ Square, and the Millennium Underground Railway, the world’s second-oldest metro line, are all part of Budapest’s enormous World Heritage Site. It is home to about 80 geothermal springs, the world’s biggest thermal water cave system, the world’s second largest synagogue, and the world’s third largest Parliament building.

Budapest is one of Europe’s most wonderful and entertaining towns, with a distinctive, young ambiance, world-class classical music scene, vibrant nightlife increasingly recognized by European youth, and, last but not least, an amazing offer of natural thermal spas. It is known as the “Paris of the East” because of its breathtaking scenery and architecture.

Budapest today is the product of the merger of two ancient towns located just across the Danube river. Buda lies on the western (left) bank, with the steep hill above which the Buda castle is located. Pest is the comparatively flat eastern (right) bank side, with the Parliament and several other majestic structures, as well as lively streets that have been preserved in their original 19th century architectural style.

Budapest was included on the UNESCO World Heritage List in 1987 for the cultural and architectural value of the Danube Banks, the Buda Castle Quarter, and Andrássy Avenue.

Budapest has a humid continental climate with chilly winters and hot summers.

Winter (November to early March) may be chilly, and there is little sunlight in the city. Most years, snowfall is prevalent, and overnight temperatures of 10 °C (14 °F) are not unusual between mid-December and mid-February.

The spring months (March and April) are marked by unpredictable weather and a quick rise in average temperature. The weather in late March and April is often pleasant during the day and crisp at night.

The long summer in Budapest, which lasts from May to mid-September, is warm or extremely warm. Summer in Budapest is as sunny as it is in many Mediterranean locations. Sudden severe rains are also common, especially in May and June.

In Budapest, the fall season (from mid-September to late October) is distinguished by minimal rain and long sunny days with moderate temperatures. Temperatures often drop rapidly in late October.

Csepel Island, the third of the Budapest Danube islands, is the biggest, yet only its northernmost point is inside city boundaries. In Budapest, the river that divides the two sides of the city is 230 m (755 ft) wide at its narrowest point. Pest is located on the Great Plains’ flat topography, while Buda is hilly.

Because all main European highways and railway lines connect to Budapest, the city is very important in terms of transportation. The Danube was and still is an important waterway, and this location in the Carpathian Basin’s center is at a crossroads of trade routes. Budapest is the world’s only capital city with thermal springs. A total of 125 springs generate 70 million litres of hot water every day, with temperatures reaching 58 degrees Celsius. Because of their high mineral concentration, several of these waters have therapeutic properties.

Budapest is a key economic center that has been designated as an Alpha-World city. On a national scale, Budapest is unquestionably Hungary’s primate city in terms of economics and business, accounting for 39 percent of national GDP.

The city was ranked 52nd in the world in the MasterCard Worldwide Centres of Commerce Index, ahead of Beijing, Sao Paulo, Warsaw, and Athens.

In Hungary and across the area, the city is a key center for banking and finance, retailing, commerce, transportation, tourism, real estate, new and traditional media, advertising, legal services, accounting, insurance, fashion, and the arts. Budapest is home to not just practically all national institutions and government organizations, but also numerous domestic and foreign businesses; in 2014, the city had 393.289 registered enterprises.

Budapest is one of the top 25 most visited cities in the world, with over 4.3 million international visitors each year. As a result, the traditional and congress tourism industries deserve special mention, as they contribute significantly to the city’s economy, with the capital housing many convention centers as well as thousands of restaurants, bars, coffee shops, and party spots, in addition to the full range of hotels. The best quality Michelin-starred restaurants, such as Onyx, Costes, and Borkonyha, may be found among the restaurant options. In 2010, the EIU’s quality of life index classified the city as the most liveable in Central and Eastern Europe.

Mobile phones are usable on the metro, including tunnels between stations.

Some phone booths accept cash (even € coins), whereas others accept only pre-paid cards. The displayed credit card number will result in surprisingly high costs (USD1 for a one-minute call to the US) and should be avoided. Unfortunately, you can’t rely on T-Mobile to charge fair rates for their pay phones. International calls may be made at a lower cost from call centers and internet cafes.

Budapest is one of Europe’s most Wi-Fi-enabled cities. Hundreds of free Wi-Fi hotspots may be found around the city, including cafés, restaurants, shopping malls, and hotels, as well as parks and main streets.

At the VII district (Erzsébetváros), which is encircled by Károly kört, Király utca, and Rákóczi t, the government provides free Wi-Fi throughout the area – in cafés, businesses, and on the streets.

There are several internet cafés located across the city. HUF200/hour is the average price.

Suriname, formally the Republic of Suriname, is a sovereign state located on South America’s northeastern Atlantic coast. It is bounded on the east by...
Read more

Cannes is a city on France’s French Riviera. It is a commune in the region of Alpes-Maritimes in France, and it is the location...
Read more

Perth is the capital and biggest city of Western Australia, an Australian state. Greater Perth is Australia’s fourth-most populated metropolis, with an estimated population...
Read more

Sheffield is a city and metropolitan borough in South Yorkshire, England. Its name stems from the River Sheaf, which passes through the city and...
Read more

Khartoum is Sudan’s capital and second-largest city, as well as the capital of Khartoum state. It is situated at the junction of the White and...
Read more
Tourist destinations