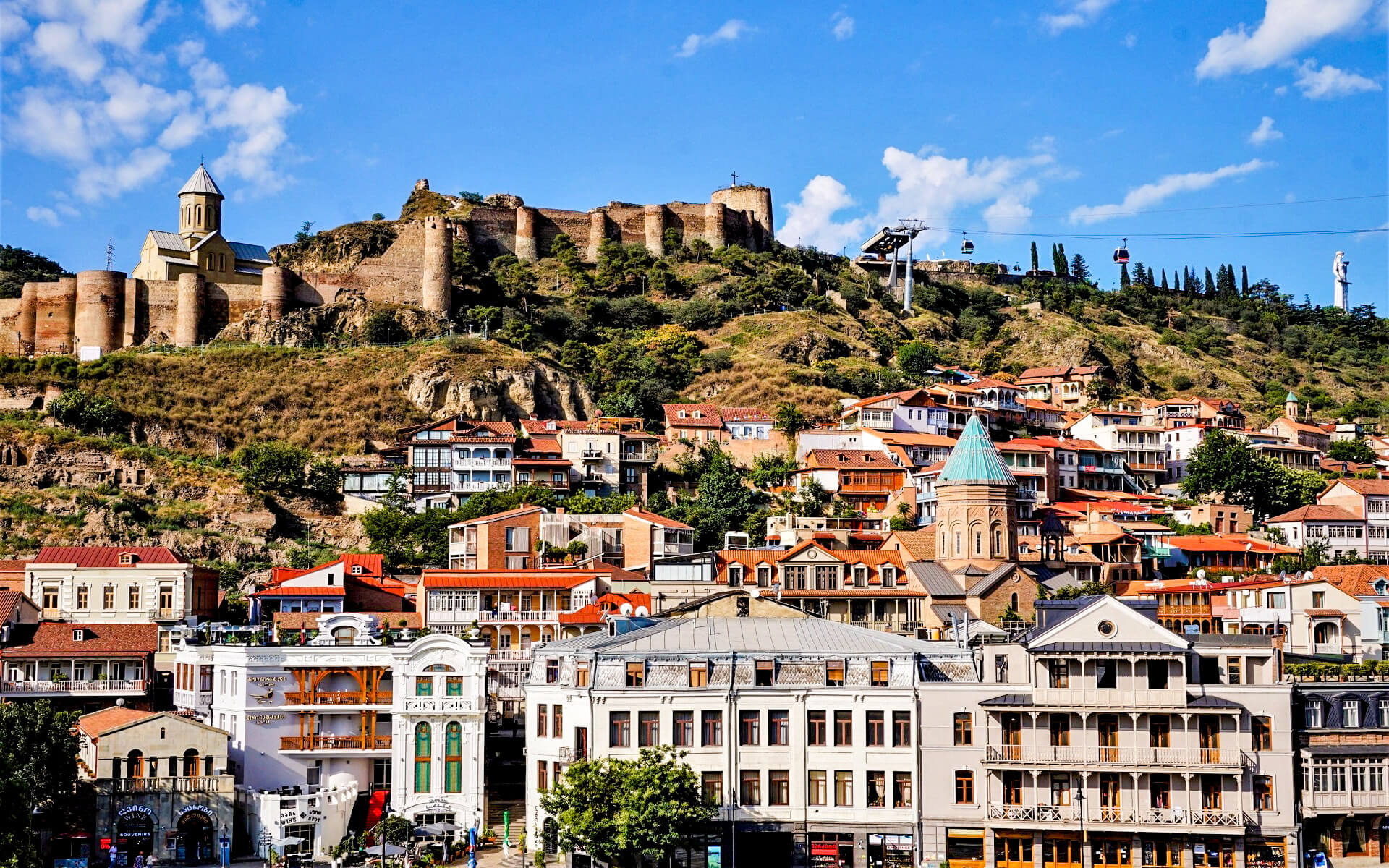 Tbilisi, Georgia’s capital and biggest city, is located on the banks of the Mtkvari River and has a population of around 1.5 million people. Tbilisi was founded in the 5th century by the ruler of Georgia’s historical antecedent Kingdom of Iberia and has subsequently served as the capital of successive Georgian kingdoms and republics, with intermissions. Tbilisi was the headquarters of the Imperial government in the Caucasus under Russian sovereignty from 1801 until 1917.

Tbilisi’s location on the southeastern fringe of Europe made it a focus of conflict between many opposing empires throughout history, and the city’s location to this day assures its status as an essential transit route for global energy and commerce developments. Tbilisi’s architecture, which is a blend of medieval, classical, and Soviet styles, reflects the city’s rich past.

Tbilisi has historically been home to individuals from a variety of cultural, ethnic, and religious origins, albeit it is primarily Eastern Orthodox Christian.

Tbilisi features a number of notable landmarks and tourist attractions. Georgia’s Parliament and government (State Chancellery) buildings, as well as the Supreme Court of Georgia, are all located in Tbilisi. The Georgian National Museum, Tbilisi State Conservatoire, Tbilisi Opera and Ballet Theatre, Shota Rustaveli State Academic Theatre, Marjanishvili State Academic Theatre, Sameba Cathedral, Vorontsov’s Palace (also known as the Children’s Palace today), many state museums, the National Public Library of the Parliament of Georgia, the National Bank of Georgia, Tbilisi Circus, The Bridge of Peace, and other important landmarks are located in the city. During the Soviet era, Tbilisi was consistently placed among the top four cities in the Soviet Union in terms of the number of museums.

The most important historic monuments in the city are the Narikala fortification (fourth–seventh centuries), Anchiskhati Basilica (sixth century, reconstructed in the sixteenth century), Sioni Cathedral (eighth century, subsequently rebuilt), and Church of Metekhi.

Tbilisi’s climate is humid subtropical, with warm to hot summers and freezing winters.

May and June get the most precipitation (averaging 84 mm (3.3 in) each), while January has the least (averaging 20 mm (0.8 in)). Snow falls 15–25 days per year on average. The surrounding mountains often trap clouds inside and around the city, particularly during the spring and autumn months, resulting in extended wet and/or overcast weather.

Tbilisi lies in the South Caucasus region, at 41° 43′ North Latitude and 44° 47′ East Longitude. The city is located on both sides of the Mt’k’vari River in Eastern Georgia. The city is 380–770 meters (1,250–2,530 feet) above sea level and is shaped like an amphitheatre surrounded by mountains on three sides. Tbilisi is limited to the north by the Saguramo Range, to the east and south-east by the Iori Plain, and to the south and west by numerous Trialeti Range ends (sub-ranges).

Tbilisi is the country’s economic capital, accounting for about half of Georgia’s GDP in 2014, with a GDP at base prices of 12,147 Million Georgian lari. The service sector, which includes government services, dominates and accounts for 88 percent of GDP. Its GDP per capita of 10,336 Georgian Lari is more than 50% more than the national average. The wholesale and retail trade sectors dominate the service sector, reflecting Tbilisi’s importance as a transit and logistical center for the nation and the South Caucasus. The manufacturing industry contributes just 12% of Tbilisi’s GDP but employs much more people and generates far more total value added than the manufacturing sectors in any other area of Georgia. Tbilisi has a substantially higher unemployment rate than the surrounding areas, at 22.5 percent.