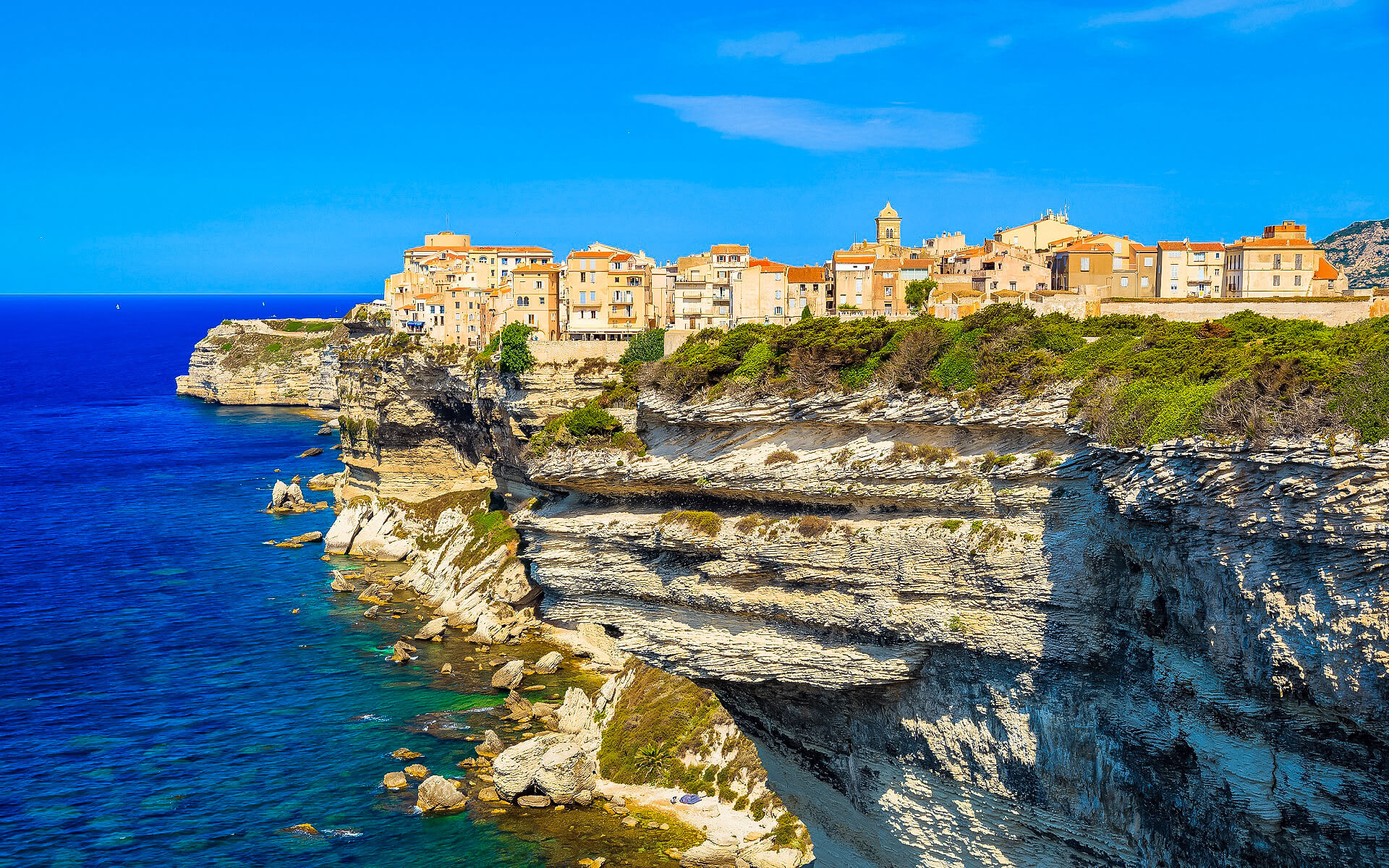 Corsica is an island in the Mediterranean Sea and one of France’s 13 regions. It is situated west of the Italian Peninsula, southeast of the French mainland, and north of Sardinia, an Italian island. Two-thirds of the island is made up of mountains that form a single chain.

Corsica, although part of France, is also legally recognized as a territorial collectivité (collectivité territoriale). Corsica, being a geographical collectivity, has more autonomy than other French regions; for example, the Corsican Assembly has limited executive powers.

Corsica was briefly an independent Corsican Republic from 1755 until it was captured by France in 1769 after being controlled by the Republic of Genoa since 1284. Because of Corsica’s historical links to the Italian peninsula, the island has retained many aspects of Italian culture to this day. The French government recognizes the native Corsican language, whose northern version is closely connected to the Italian language, as a regional language. Throughout history, this Mediterranean island has been controlled by many countries, but it has also enjoyed several short spells of freedom.

Napoleon was born in the Corsican city of Ajaccio in 1769. Maison Bonaparte, his ancestral house, is now a museum.

Corsica, a “often conquered, never subjugated” island, was repeatedly administered by the Italian city-states of Pisa and Genoa, coming under French authority only in 1768. In the twentieth century, an autonomist movement arose, which resulted in some politically motivated bloodshed. The area currently has a unique constitutional status.

Corsica, a mountain in the sea, is also known as the “Island of Beauty” for good cause. The variety of its beauty, as well as its protection from the ravages of development and tourists, make it one of the Mediterranean sea’s treasures.

The majority of visitors arrive to Corsica during the summer months, especially August, when the number of tourists doubles or triples from the already enormous crowds in July. If you can only visit Corsica in August, you must prepare ahead of time since hotels, campsites, car rental companies, and ferries are all likely to be fully booked.

French is the official language. Corsica, on the other hand, has its own native language, Corsican, which is quite similar to Italian. It is believed that up to 50% of the population can converse in Corsican. In tourist regions, Italian is also spoken.

Corsica was created around 250 million years ago by the elevation of a granite backbone on its western side. Sedimentary rock was crushed against the granite around 50 million years ago, generating the schists on the eastern side. It is the Mediterranean’s most mountainous island, a “mountain in the sea.”

After Sicily, Sardinia, and Cyprus, it is also the fourth biggest island in the Mediterranean.

The island lies 90 kilometers (56 miles) from Tuscany in Italy and 170 kilometers (110 miles) from France’s Côte d’Azur. The Strait of Bonifacio, which is at least 11 kilometers (6.8 miles) wide, separates it from Sardinia to the south.

Corsica is Metropolitan France’s least economically developed area. Tourism is important to the Corsican economy. Tourists flock to the island because of its climate, mountains, and beaches. Because the island has not seen the same amount of heavy development as other sections of the Mediterranean, it remains mostly pristine. Tourism is centered in the areas around Porto-Vecchio and Bonifacio in the island’s south and Calvi in the northwest.

The Genoese governor ordered all farmers and landowners to plant four trees each year in 1584: a chestnut, olive, fig, and mulberry tree. Many localities owe their existence and previous wealth to the following chestnut woodlands. Chestnut bread may be stored for up to two weeks. Corsica produces high-quality cheese, wine, sausages, and honey for sale in France and internationally. Corsican honey is verified as to its origin (Appellation d’origine contrôlée) by the French National Institute of Origin and Quality (Institut National des Appellations d’Origine – INAO).