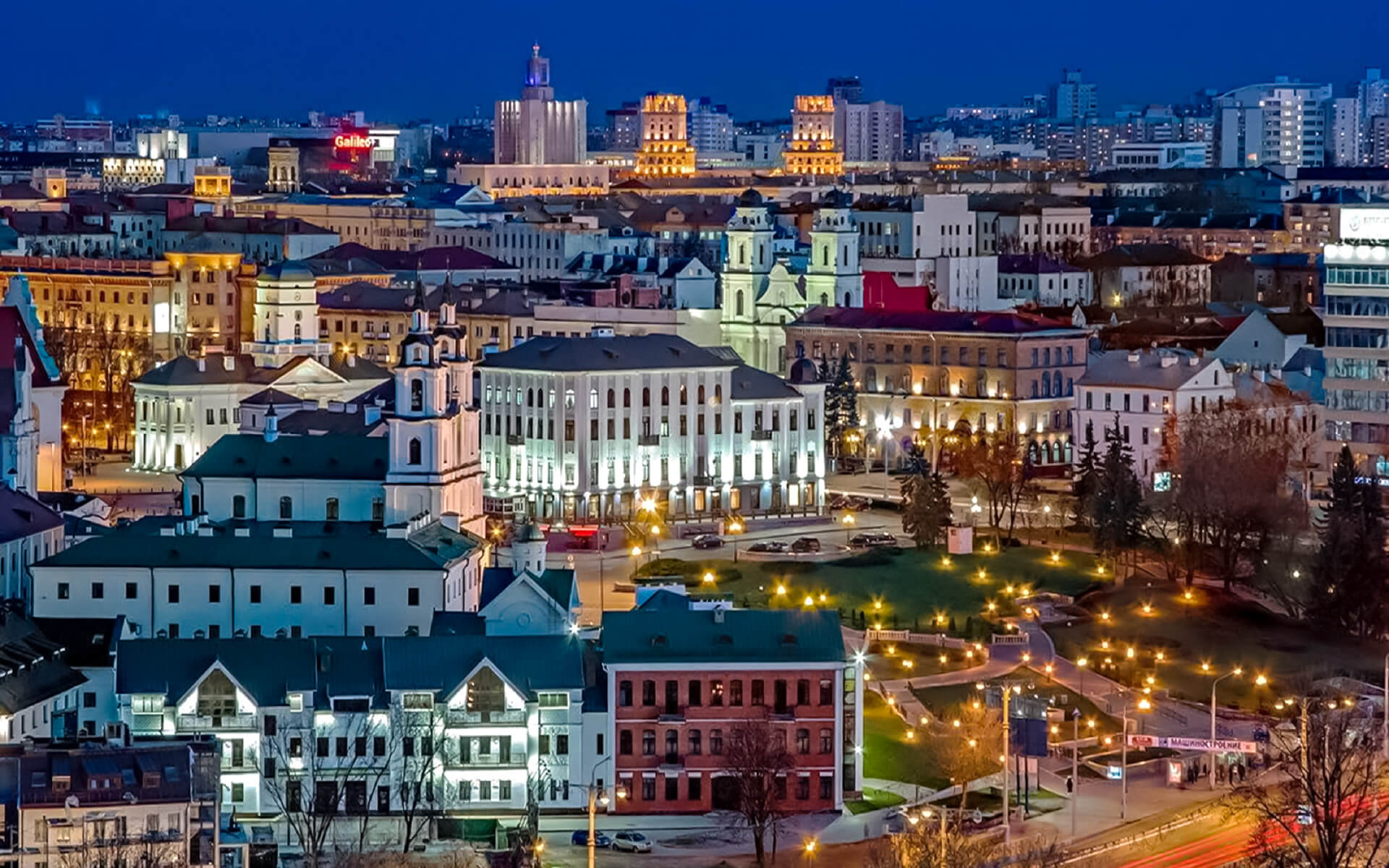 Minsk is Belarus’ capital and biggest city, located on the Svislach and Nyamiha rivers. It serves as the Commonwealth of Independent States’ administrative headquarters (CIS).

During WWII, 80 percent of the city was destroyed, reducing the population to 50,000.

In the 1950s, the city is rebuilt using Stalinist design, which favors large structures, huge roads, and wide squares. As a consequence of increasing industry, the city flourished swiftly.

A section of the city center is made up of large Soviet-Bloc architectural “palaces.” As a result, Minsk is a fantastic site to come for anybody interested in the Soviet Union who wants to see it nearly alive.

Although English is seldom spoken, Minsk is a beautiful city to visit.

Minsk is a contemporary metropolis with chic cafés, fantastic restaurants, and bustling nightclubs vying for your attention, as well as sushi bars and art galleries in a city center that was once completely rebuilt to Stalin’s preferences.

Throughout the year, the majority of winds are westerly or northwesterly, bringing chilly, wet air from the Atlantic. Stockholm, Sweden, and Halifax, Canada have similar climate regimes.

Minsk is situated on the southeastern slope of the Minsk Hills, an area of undulating hills that stretches from the southwest (upper reaches of the Nioman River) to the northeast – that is, to Lukomskaye Lake in northwestern Belarus. 220 meters above sea level is the average altitude (720 ft).

Minsk is located in the mixed woodland region that characterizes much of Belarus. The city’s outskirts are bounded by pinewood and mixed woods, particularly to the north and east. As the city expanded, some of the woodlands were protected as parks (for example, Chelyuskinites Park).

The city was constructed on hills to enable for defensive defenses, and the western areas of the city are the most mountainous.

Belarus’s economic capital is Minsk. It has established industrial and service sectors that serve the requirements of the whole country, not just the city. The contributions from Minsk account for almost 46 percent of the Belarusian budget.

The city now boasts around 250 companies and plants.

Many locations feature WiFi hotspots, but in order to connect, you must first purchase a card and go through the login process. There are a few internet cafés in Minsk, but you’ll most likely be able to connect to the internet via your hotel’s Wi-Fi.

Belarus has the national dialing code 375. To make an international call from Belarus, dial 8, wait for a tone, and then dial 10.