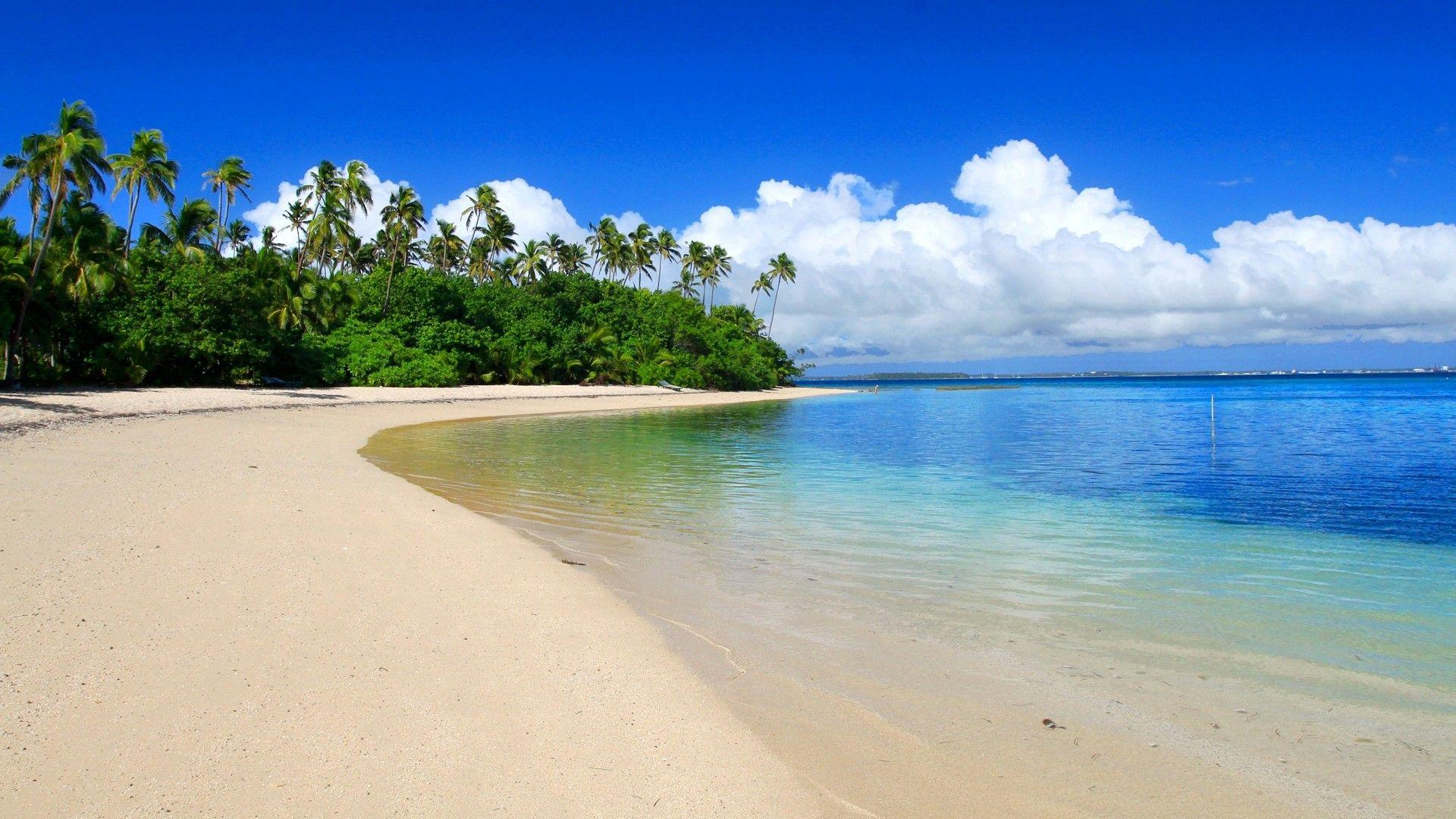 Tonga, formally known as the Kingdom of Tonga, is a Polynesian sovereign state and archipelago consisting of 169 islands, 36 of which are inhabited. The entire surface area is about 750 square kilometers (290 square miles) spread across 700,000 square kilometers (270,000 square miles) of the southern Pacific Ocean. It has a population of 103,000 people, 70% of whom live on the main island of Tongatapu.

Tonga spans about 800 kilometers (500 miles) in a north-south direction. It is bounded to the northwest by Fiji and Wallis and Futuna (France), to the northeast by Samoa, to the east by Niue, to the southwest by Kermadec (part of New Zealand), and to the west by New Caledonia (France) and Vanuatu.

Because of the warm welcome given to Captain James Cook on his first visit in 1773, Tonga became known as the Friendly Islands in the West. He came during the inasi festival, an annual gift of the First Fruits to the Tui Tonga (the islands’ supreme leader), and was therefore invited to the celebrations. According to author William Mariner, the chiefs intended to assassinate Cook at the meeting but couldn’t come up with a plot.

Tonga was a British protected state from 1900 to 1970, with the United Kingdom handling its foreign affairs under a Treaty of Friendship. The nation has never ceded its sovereignty to a foreign power. Tonga made a significant step toward becoming a constitutional monarchy rather than a traditional absolute monarchy in 2010, when legislative changes set the stage for the first partly representative elections.

Tonga is an archipelago in the South Pacific Ocean, immediately south of Samoa and about two-thirds of the way between Hawaii and New Zealand. Its 169 islands, 36 of which are inhabited, are grouped into three major groupings – Vava’u, Ha’apai, and Tongatapu – and stretch for 800 kilometers (500 miles) north to south.

Tongatapu, the largest island, is home to more than 70% of the country’s 101,991 residents. Despite the fact that a growing number of Tongans have migrated to Nukualofa, the nation’s sole urban and commercial center, where European and indigenous cultural and lifestyle patterns have merged, village life and family connections remain important across the country. Despite emigration, Tonga’s population increased from about 32,000 in the 1930s to over 90,000 by 1976.

Tongans, who are Polynesian by ancestry with a Melanesian admixture, account for more than 98 percent of the population, according to the official site. The remainder are European (the majority being British), mixed European, and other Pacific Islanders, with 1.5 percent being mixed Tongans. In 2001, there were about 3,000 to 4,000 Chinese in Tonga, accounting for 3 to 4% of the Tongan population. The Nukualofa riots in 2006 mostly targeted Chinese-owned companies, resulting in the departure of several hundred Chinese, leaving just around 300.

Everyday life is strongly affected by Polynesian customs, particularly the Christian religion; for example, on Sunday, all business and entertainment activities stop from the start of the day at midnight until the conclusion of the day at midnight. The Sabbath is declared holy by the constitution for all time. As of 2006, little more than a third of Tongans identified as Methodist, with Catholic and Mormon numbers accounting for the remaining third. The Free Church of Tonga has a small number of adherents, as does the Seventh-day Adventist Church of Tonga. According to the most recent government census, 90 percent of the population is connected with a Christian church or sect, with the four main church affiliations in the kingdom being as follows:

Tonga’s economy is distinguished by a sizable non-monetary sector and a significant reliance on remittances from the country’s half-expat population (chiefly in Australia, New Zealand and the United States). The royal family and the nobility control and dominate the economy’s monetary sector, especially telecommunications and satellite services. In 2008, Forbes magazine ranked Tonga as the world’s sixth most corrupt nation.

In the March 2011 Euromoney Country Risk rankings, Tonga was rated as the 165th safest investment location in the world.

Handicrafts and a few other small-scale businesses make up the manufacturing sector, which contributes just around 3% of GDP. Commercial business operations are likewise unobtrusive, and are controlled to a great degree by the same big trade corporations present across the South Pacific. The Bank of Tonga, the country’s first commercial trade bank, established in September 1974.

Tonga’s development goals include a rising private sector, increased agricultural production, revitalization of the squash and vanilla bean industries, tourist development, and improved communications and transportation. Significant progress has been achieved, but there is still more work to be done. In response to the influx of assistance funds and remittances from Tongans living overseas, a modest but expanding building industry is emerging. In acknowledgment of such an important contribution, the current administration has established a new department inside the Prime Minister’s Office solely dedicated to meeting the needs of Tongans residing overseas. In addition, the Tongan Parliament changed citizenship rules in 2007 to enable Tongans to have dual citizenship.

The tourist sector is still in its infancy; nevertheless, the government recognizes that tourism can play a significant role in economic growth, and efforts are being made to expand this source of income. Cruise ships often call at Vavau, which is known for its whale viewing, game fishing, surfing, and beaches, and is quickly becoming a significant participant in the South Pacific tourist industry.

Philatelists from around the globe collect Tonga’s postal stamps, which offer colorful and sometimes unique patterns (such as heart-shaped and banana-shaped stamps).

The nation became eligible to join the World Trade Organization in 2005. Tonga became a full member of the WTO on July 27, 2007, after a voluntary delay.

The Tonga Chamber of Commerce and Industry (TCCI), founded in 1996, works to represent the interests of its members, private-sector companies, and to promote economic development in the Kingdom.

Tonga has a population of 106,000 people, although more than twice that amount lives abroad, mostly in the United States, New Zealand, and Australia. Since the start of the 2008 global economic crisis, remittances from the abroad population have been decreasing. The tourism sector is growing, although it is still small, with less than 90,000 visitors each year.

By planeFua'amotu Airport (TBU) is located on Tongatapu, about 30 minutes from Nuku'alofa.Air New Zealand operates flights from Auckland five or six times each week, except Sundays.Virgin Australia operates twice-weekly flights between Sydney and Auckland.You may also fly into Fiji (Nadi and Suva) with Fiji Airways, which has flights...

To get across island groupings, you must essentially fly (or sail).Renting motorcycles, scooters, and bicycles is possible on Tongatapu, Vava'u, and Ha'apai. You may rent a vehicle on Tongatapu. Taxis are also available. Tongatapu, Teta Excursions, and Toni's Guest House provide day tours of all the major tourist attractions...

Citizens of any Schengen nation (including the Faroe Islands and Greenland) are free from visa requirements for stays of 90 days or less during a 180-day period.Citizens of the following countries are eligible for a free one-month visitor's visa if they can show they have a return ticket to...

Tongan feasts are an absolute necessity. On Tongatapu and Vava'u, tour firms and hotels arrange feasts with traditional dance on many nights of the week.Tonga is active late into the evening, turning abruptly quite quiet about 11 p.m. Expect to see folks out and about until late at night....

Public HolidaysSome Tongan holidays are Christian-based, such as Easter with its previous Friday and following Monday, and both Christmas days (but not Pentecost, Ascuncion, etc.). Tonga also observes New Year's Day (January 1) and Anzac Day (April 25). Emancipation day on June 4, Crownprince's birthday on July 12, the...

Tonga's telecommunications are handled by two companies: Digicel Tonga and Tonga Communications Corporation. The latter operates a GSM network at 900 MHz.WiFi hotspots are the most common way for individuals in Tonga to access to the Internet, and you can anticipate poor connection speeds, usage limitations, and expensive costs....