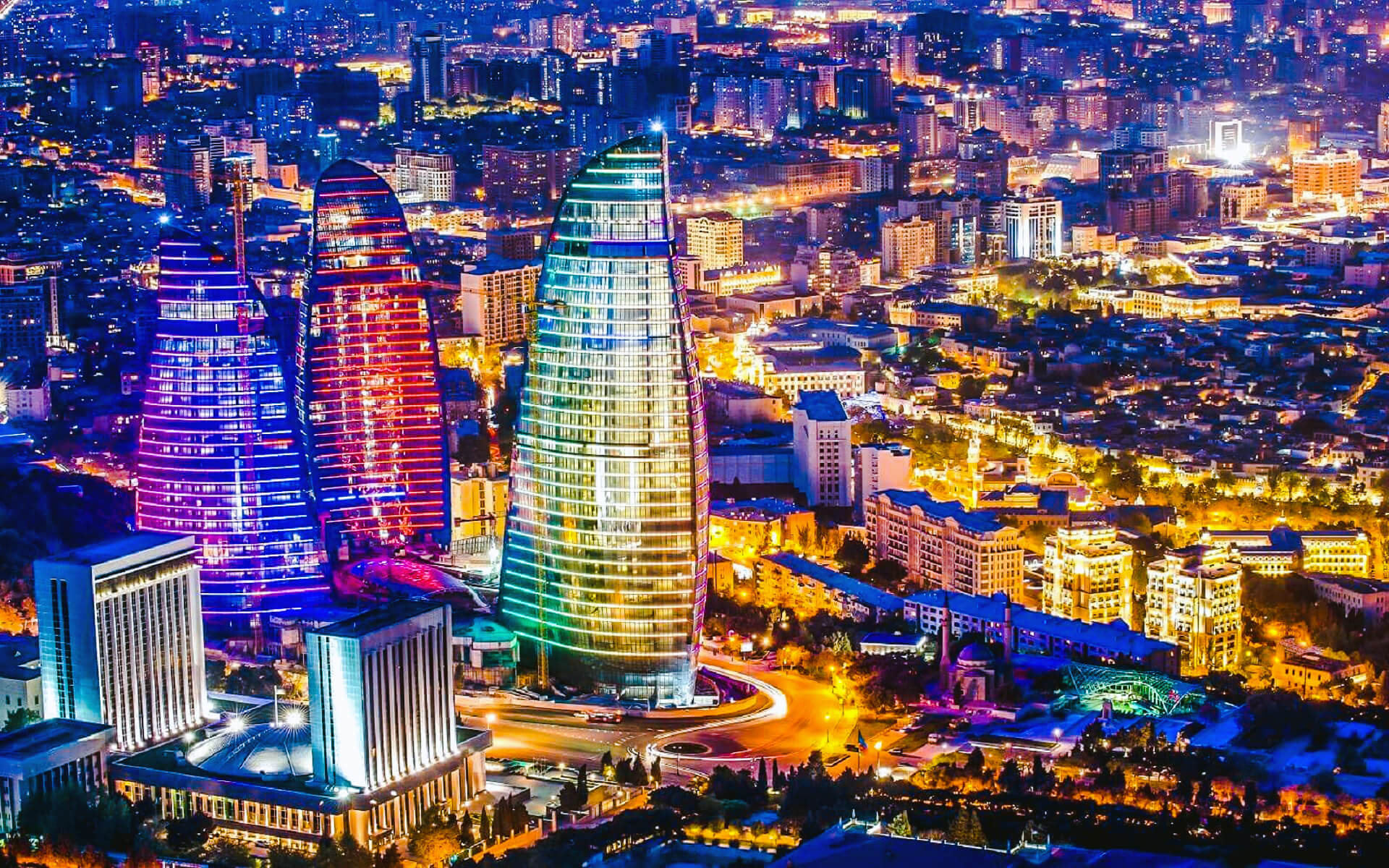 The city is divided into two sections: the downtown area and the historic Inner City.

Azerbaijan’s scientific, cultural, and industrial centers are located in Baku. Many significant Azerbaijani organizations, notably SOCAR, one of the world’s top 100 enterprises, have their headquarters there.

Baku has established itself as a significant international event destination. It held the 57th Eurovision Song Contest in 2012, as well as the 2015 European Games, and will host the 2016 European Grand Prix and UEFA Euro 2020 in the future.

The city is well-known for its strong winds. The city’s moniker, “City of Winds,” reflects this.

Baku is one of the most major Caucasus tourism sites. Many major international hotel brands have a presence in the city. Baku features numerous prominent tourism and recreation areas, including Fountains Square in downtown Baku, One and Thousand Nights Beach, Shikhov Beach, and Oil Rocks.

Baku is also one of the world’s top urban nightlife hotspots.

The shopping sections include everything from chain retailers to high-end boutiques.

Baku has a semi-arid temperate climate, with warm and dry summers, chilly and sometimes rainy winters, and strong winds all year. Baku, however, does not get excessively hot summers like many other towns in similar area.

In July and August, the daily mean temperature is 26.4 °C (79.5 °F), and there is relatively little rainfall. During the summer, khazri washes through, delivering much-needed cooling. Winter is chilly and sometimes rainy, with daily mean temperatures averaging 4.3 °C (39.7 °F) in January and February.

Baku is located on the Caspian Sea’s western shore. There are many mud volcanoes (Keyraki, Bogkh-bogkha, Lokbatan, and others) and salt lakes in the city’s surroundings (Boyukshor, Khodasan and so on).

Baku’s main sector is petroleum, and its petroleum exports contribute significantly to Azerbaijan’s balance of payments. Petroleum has been known about since the eighth century.

By market capitalization, the Baku Stock Exchange is Azerbaijan’s biggest stock exchange and the largest in the Caucasian area. Baku is home to a disproportionately high number of multinational corporations. The International Bank of Azerbaijan, which employs over 1,000 people, is one of the most notable organizations based in Baku. HSBC, Société Générale, and Credit Suisse are among the international banks holding branches in Baku.

Internet cafés in Azerbaijan are known as “internet klubs,” and they can be found all throughout Baku. Wireless internet is available at certain coffee shops, however it is uncommon in Baku. The central areas have recently received public wi-fi service. VIP, U.Bunyadzade 3 is one downtown “klub” with fast internet. You may also play a variety of games on their website.

Because Azal seems to be in a constant state of change in terms of where their offices are situated, stop by a travel agency and inquire about tickets carefully before purchasing anything. In certain circumstances, such as Naxcevan or last-minute flights, you WILL ABSOLUTELY HAVE TO VISIT THIS EVER-CHANGING CENTRAL OFFICE DURING A FEW RANDOM OPENING TIMES IN ORDER FOR YOUR TICKETS TO BE PROCESSED. One travel agency that can assist you with purchasing a phone may be reached at +994 55 4201220, +99412 5551320, or 5981619.