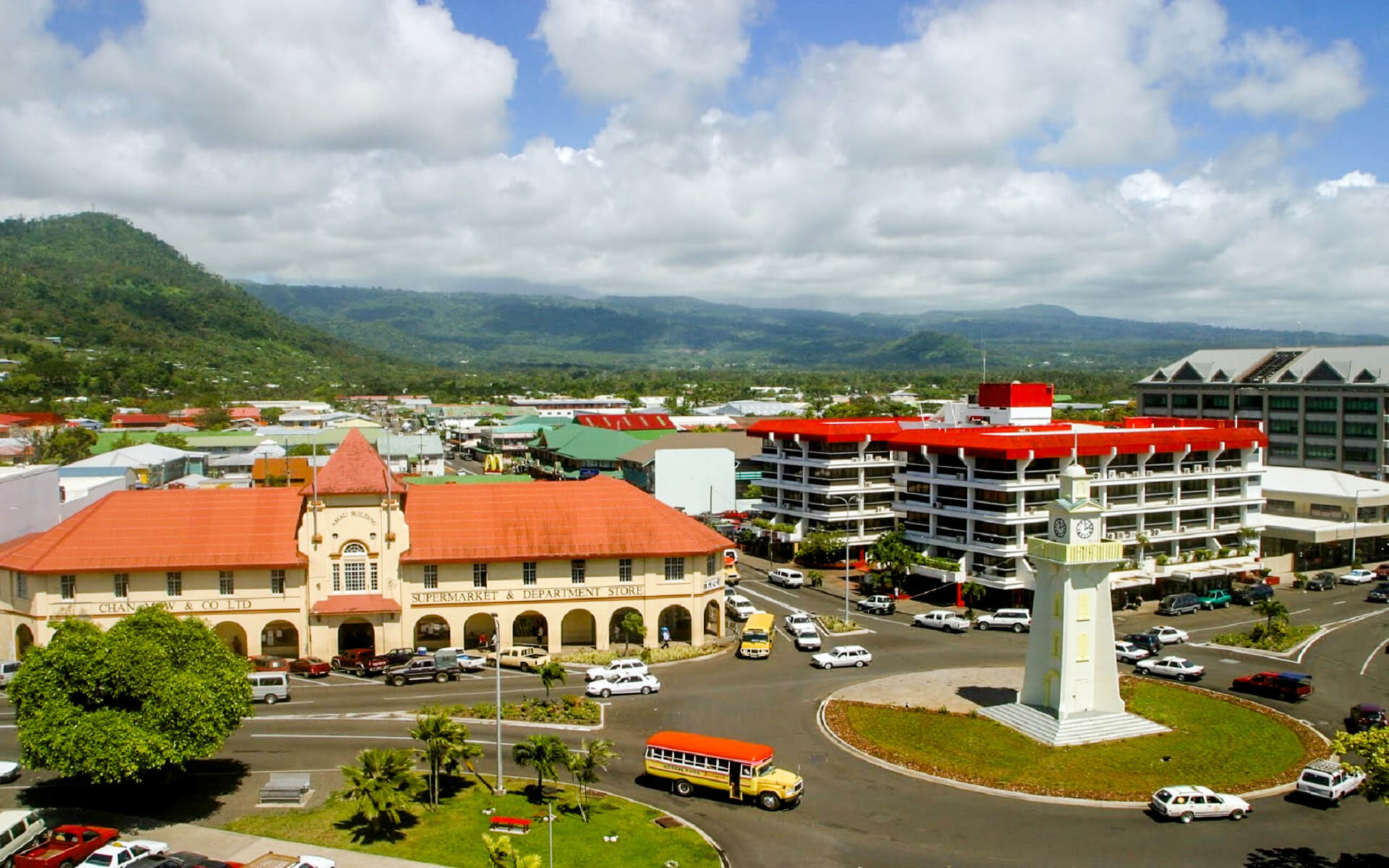 Apia is Samoa’s capital and biggest city. Apia was created in the 1850s and has served as Samoa’s formal capital since 1959.

The port was the location of a notorious naval standoff in 1889, when seven ships from Germany, the United States, and Britain refused to leave the harbor as a typhoon approached, fearing for their reputations. Except for one British cruiser, all of the ships were sunk. Nearly 200 Americans and Germans were killed.

After World War I, New Zealand took over the region. During the Mau movement’s battle for independence, a peaceful assembly in the town ended in the execution of the paramount chief Tupua Tamasese Lealofi III and ten people by New Zealand police on December 28, 1929. In 1962, the nation gained independence.

Apia, like other Pacific Island capitals, is run-down and shabby. Apia, despite its tiny size and lack of apparent attractions, is a great place for first-time tourists to acquire their bearings, organize trips across the island of Upolu, arrange beach accommodation, and recuperate from jet lag. The great majority of Samoa’s highlights are located outside of town, albeit the most are within a fairly short drive.

The Samoa Tourism Authority has an information center where travelers may get maps, brochures, and other tourist-related materials.

A stroll along the seawall is pleasurable. However, only on a warmer day (i.e. 25 degrees) and not after nightfall due to dogs. In the late afternoon, several Apians wander along the sea wall.

Palolo Deep Marine Reserve is located on Vaiala Beach in Apia. Apia’s lone beach to the east of the harbor. It’s not much of a beach, however; it’s primarily coral gravel. It’s a legitimate underwater park. The snorkeling seems to be bad at first, but as you go farther out (about a quarter mile swim), it becomes more intriguing, with the odd turtle and black tip reef shark. Inquire at the entry about where to swim; there is a sign post that may assist. If you’re stranded in Apia, it’s not a terrible way to pass the time or just hang out at the “beach.”

Fishing. Samoa is a popular fishing destination, with the majority of charter firms based in Apia. The Samoan International Game Fishing Association, which is located near the harbor, may give information about boat companies. It hosts an international competition every year, bringing anglers from all over the globe. Blue and black marlin, sailfish, yellowfin tuna, and giant trevally are among the fish found in the area’s seas.

Golf. Two courses are nearby to Apia: the Royal Samoan Country Club near Fagalii Airport and the Faleata Golf Club near the South Pacific Games sports complex.

Apia’s markets are home to a variety of intriguing vendors and locally created goods. However, many of the things for sale, such as Samoan-patterned textiles, are really imported from China.

Apia has a tropical rainforest environment with stable temperatures all year.

July and August are the driest months in Apia, with an average rainfall of 80 millimetres (3.1 in). December through March are the wettest months, with average monthly precipitation easily exceeding 300 mm (12 in).

Apia is located at the mouth of the Vaisigano River on a natural port. It is located on a narrow coastal plain, with Mount Vaea (elevation 472 metres (1,549 ft)), the last resting place of novelist Robert Louis Stevenson, to the south. There are two major ridges that go south on each side of the Vaisigano River, with highways on both. Cross Island Road, one of the few roads cutting north to south through the heart of the island to the south shore of Upolu, is the most western of them.