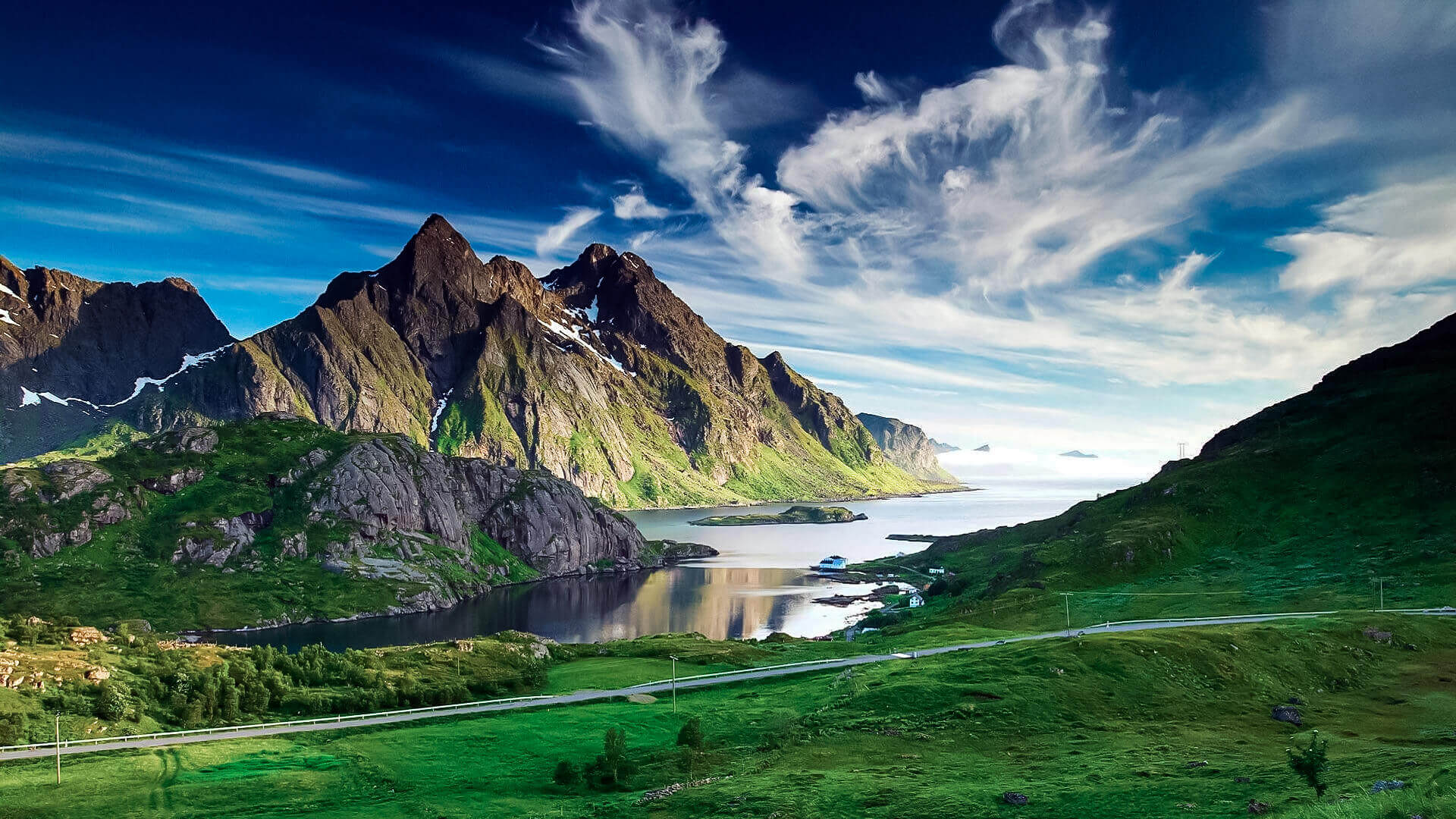 The Independent State of Samoa, also known as Samoa and Western Samoa until 1997, is a Unitary parliamentary democracy with eleven administrative divisions. Savai’i and Upolu are the two major islands, with four smaller islands around the landmasses. Apia is the capital city. Around 3,500 years ago, the Lapita people found and inhabited the Samoan islands. They created their own language and cultural identity.

On December 15, 1976, Western Samoa was admitted to the United Nations. Because of the Samoans’ nautical abilities, European explorers dubbed the whole island group, which included American Samoa, “Navigator Islands” before the twentieth century.

English and Samoan (Gagana Fa’asmoa), which is also spoken in American Samoa, are the official languages.

The major islands are the consequence of many volcanic eruptions, which have left clearly visible volcanic cones on both islands. Although none of the volcanoes are presently active, minor earthquakes often shake the island, reminding residents of their existence. A catastrophic tsunami struck the south shore of Upolu Island in September 2009, killing many people.

The latest volcanic eruption occurred on Savaii in 1911. The desolate, lifeless lava fields left behind from this catastrophe are readily accessible, since the only paved road on Savai’i runs straight through the center.

Both islands are almost completely covered in lush flora, but virtually none of it is the natural rainforest that covered the island before people arrived. The majority of the land area is dedicated to farms or semi-cultivated woodland, which provides food and cash crops to the inhabitants. Because Samoa has been inhabited for almost three thousand years, the cultivated areas around communities may often seem to be the deepest, darkest forest.

The Samoa Tourism Authority maintains information centers where visitors may get maps, brochures, and other tourist-related materials.

Samoa is situated in the Polynesian area of the Pacific Ocean, south of the equator, about midway between Hawaii and New Zealand. The entire land area is 2,842 km2 (1,097 sq mi), with two major islands, Upolu and Savai’i, accounting for 99 percent of the total land area, and eight tiny islets.

These are the three islands in the Apolima Strait (Manono Island, Apolima, and Nu’ulopa), the four Aleipata Islands off the eastern end of Upolu (Nu’utele, Nu’ulua, Namua, and Fanuatapu), and Nu’usafe’e (less than 0.01 km2 – 212 acres) off the south coast of Upolu near the town of Vaovai. Apia, Samoa’s capital city, is located on the major island of Upolu, which is home to almost three-quarters of the country’s inhabitants.

The Samoan islands were formed as a consequence of vulcanism, the source of which is the Samoa hotspot, which is most likely the result of a mantle plume. While all of the islands have volcanic origins, only Savai’i, Samoa’s westernmost island, is volcanically active, with recent eruptions at Mt Matavanu (1905–1911), Mata o le Afi (1902), and Mauga Afi (1902). (1725). Mt Silisili, at 1858 m, is Samoa’s highest peak (6,096 ft). The Saleaula lava fields, located on Savai’i’s central north coast, are the consequence of Mt Matavanu eruptions that left 50 km2 (20 sq mi) of hardened lava.

With an average annual temperature of 26.5 °C (79.7 °F) and a rainy season from November to April, the climate is equatorial/monsoonal. Savai’i is the biggest of the Samoan islands and the sixth largest Polynesian island after the North, South, and Stewart Islands of New Zealand and the Hawaiian islands of Hawai’i and Maui. Savai’i has a population of 42,000 people.

The population of Samoa is 194,320 people. The main island of Upolu is home to about three-quarters of the inhabitants.

According to the CIA World Factbook, 92.6 percent of the population are Samoans, 7 percent are Euronesians (people of mixed European and Polynesian heritage), and 0.4 percent are Europeans. Among Polynesian tribes, only the Mori of New Zealand outnumber Samoans.

Samoa’s economy is based on family remittances from abroad, development assistance, and exports, in that order. Agriculture employs two-thirds of the workforce and accounts for 90% of exports, which include nonu fruit, coconut cream, coconut oil, and copra. Agricultural goods are mostly processed in the manufacturing sector. Agriculture development efforts have been hampered by storms and a severe blight disease affecting the country’s main root crop, taro, which is just now being conquered.

The area’s fish supplies are declining as a result of both local exploitation and severe overfishing by Japanese industrial trawlers. Tourism is a growing industry, contributing for 16% of GDP in 2000; about 85,000 visitors visited the islands. In mid-2009, the 19th season of Survivor was shot on the island of Upolu. Samoa will also be the location for the 20th season.

By planeFagalii airport is located just east of Apia (IATA: FGI). Polynesian Airlines uses this for flights from American Samoa. Typically, there are five or six flights each day.Faleolo International Airport (IATA: APW) is about a 45-minute drive from Apia. Even though many planes come at inconvenient hours, there...

Beach fales are a fun and affordable way to stay in Samoa. The Samoa Tourism Authority ([email protected]) has a list, but the best method to find out where to stay is to ask other visitors. Because Samoa is small and tourism is restricted, you will run into the same...

National Parks. Both Upolu and Savaii have numerous national parks. These include tropical foliage, a variety of birds, and several fascinating lakes. On Savaii, the Falealupo Rainforest Preserve offers a brief canopy walkway where you may sleep in the trees. On Upolu, Lake Lanoto'o National Park features a unique lake...

A Samoan Tattoo. This ancient art style is deeply ingrained in Samoan culture. There are various designs for men and women; for males, the tattoo may span half of the body. Be aware that the tattooing procedure may be very painful, but if you believe you can handle it, ask...

Food in SamoaEating is a very essential aspect of Samoan life, as shown by the size of many Samoans. When they travel, they often bring food with them. Samoan cuisine is not heavily flavored or seasoned. It includes items that most Westerners are unfamiliar with, such as breadfruit, taro...

The Tala is the local currency. It is also known as WST, WS$, or SAT.It is unlawful to do business in a foreign currency under local legislation. It is very simple to exchange money.Monday through Friday, 9 a.m. to 17 a.m., and Saturday mornings, 9 a.m. to 17 a.m....

Samoa has a functional telephone system that includes international calling. Public phones in certain communities need a pre-paid phone card.The Internet service providers are Samoa.ws, ipasifika.net, and Lesamoa. In Apia, there are many public Internet access sites where you can get fast, reliable connection for about 12 tala (4...

Samoa is very religious, with the majority of the people belonging to the Anglican Church. This implies that Sunday is usually observed as a holy day, with the majority of stores and enterprises closed. On Sundays, you should not go for a stroll around the villages.At sunset, several communities...

The fa'a Samoa, or traditional Samoan way of life, continues to be a powerful influence in Samoan culture and politics. Despite centuries of European influence, Samoa has managed to preserve its ancient traditions, social and political institutions, and language. The Samoa 'ava ceremony, for example, is a major and...

Samoans first came in the Americas from Southeast Asia about 1500-1000 BC. Mulifanua on Upolu island is the earliest known site of human habitation during that time period.In 1830, missionaries from the London Missionary Society, particularly John Williams, came, and Samoa quickly accepted Christianity. Mormons (Church of Jesus Christ...

Stay Safe in SamoaSamoa is usually regarded as a safe location. The crime rate is minimal, and the people are very helpful and kind. Items are sometimes stolen. However, with reasonable measures, the risk of this occurring should be low.In Apia, free roaming dogs may be a safety hazard....