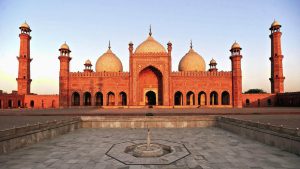 Pakistan is divided into four provinces: Punjab, Sindh, Khyber Pakhtunkhwa, and Balochistan, as well as a federal region in the northwest known as the Federally Administered Tribal Areas. The Pakistani government has de facto control over the western portions of the disputed Kashmir area, which are divided into two political entities: Azad Kashmir and Gilgit–Baltistan (formerly Northern Areas).

Gilgit-Baltistan
It has some of the world’s highest mountains, as well as breathtakingly beautiful scenery, and can easily rival with Nepal in terms of trekking possibilities.

Northwest Pakistan(Khyber Pakhtunkhwaand Federally Administered Tribal Areas (FATA))
For some, the mountainous Pashtuns’ homeland seems intimidating and mysterious… yet underneath the surface lie some of the country’s most welcoming people. Northern Pakhtunkhwa (including Swat, Abbottabad, and other areas) is regarded as Pakistan’s most beautiful region.

Azad Kashmir
Because of its natural splendor, the Pakistan-administered part of the disputed Kashmir area is often referred to as “Heaven on Earth.”

Punjab
The country’s most populated and agriculturally productive area, including numerous ancient sites and mosques.

Sindh
Most tourists come to see Karachi or the historic Mohenjo-daro ruins, but the area has a much more to offer.

Balochistan
The province’s lack of infrastructure, which makes it the biggest and most isolated, may make travel difficult. The majority of international tourists are transiting via Quetta on their way to or from Iran.

Other destinations in Pakistan