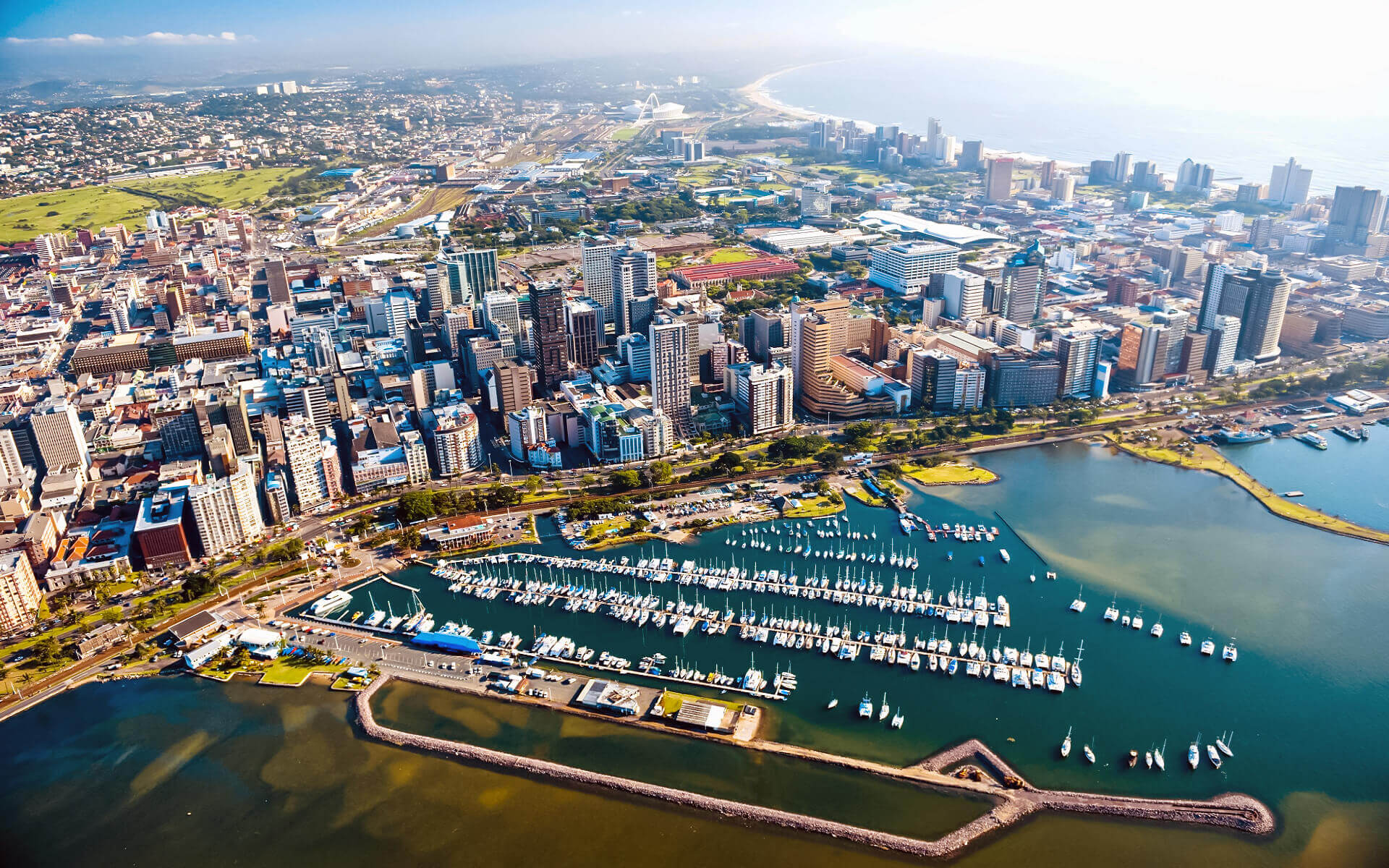 Durban is known for being South Africa’s busiest port. Because of the city’s mild subtropical climate and large beaches, it is also considered one of the key tourist destinations. The united municipality, which includes neighboring towns, has a population of almost 3.5 million people, making it one of the largest cities on the African continent’s Indian Ocean coast. The metropolitan land area of 2,292 square kilometers (885 square miles) is bigger than that of other South African cities, resulting in a population density of 1,513 people per square kilometer (3920 people per square mile). It boasts the biggest annual addition of dollar millionaires of any South African city, with a 200 percent increase between 2000 and 2014.

Durban, along with Vigan, Doha, La Paz, Havana, Beirut, and Kuala Lumpur, was named one of the New7Wonders Cities in May 2015.

Durban has a humid subtropical climate, with hot, humid summers and pleasant, dry winters that are devoid of snow and frost. Durban receives 1,009 mm of rain per year (39.7 in). The average summer temperature is roughly 24 °C (75 °F), whereas the average winter temperature is 17 °C (63 °F). On the summer solstice, dawn is at 04:45 a.m. and sunset is at 19:00 a.m.; on the winter solstice, sunrise is at 06:30 a.m. and sunset is at 17:20 a.m. Summer is the wet season, which starts in November and ends in mid-April. Summer days are bright, hot, and humid, although afternoon or evening thunderstorms provide relief. During the cyclone season, which runs from November 15 to April 30, the city is periodically hit by tropical storms and cyclones. Winters are often warm and sunny, lasting from June until August.

With significant manufacturing, tourism, transportation, finance, and government sectors, the Durban Metropolitan Area (DMA) has a big and diverse economy. Its coastal location and vast port offer it a competitive edge over many other export-related industrial locations in South Africa. Tourists flock to Durban because of its subtropical temperature, mild marine current, and culturally diversified populace.

Durban is still South Africa’s third wealthiest city. Durban was named among the top cities in Africa with the most billionaires in a study published in 2015 by AfrAsia Bank and research firm New World Wealth. Durban came in seventh position, with 2700 millionaires.

The new Durban Point Waterfront development south-east of downtown, which includes uShaka Marine World and numerous other residential and recreational buildings, has revitalized the city’s inner neighborhoods. The city’s efforts to clean up the commercial area, new projects in Point, and the 2010 FIFA World Cup stadium (Moses Mabidha Stadium) north of the CBD have all contributed to the economic revival. Durban was designated as a Gamma-level global city in 2010.

The Durban Metropolitan Area is KwaZulu-principal Natal’s economic engine, accounting for more than half of the province’s production, employment, and revenue. Durban is the second most significant economic complex in South Africa after Gauteng, accounting for 15% of national production, 14% of household income, and 11% of national employment. Regional development corridors connect Durban to Richards Bay and Maputo in the north and Pietermaritzburg and Johannesburg in the west.