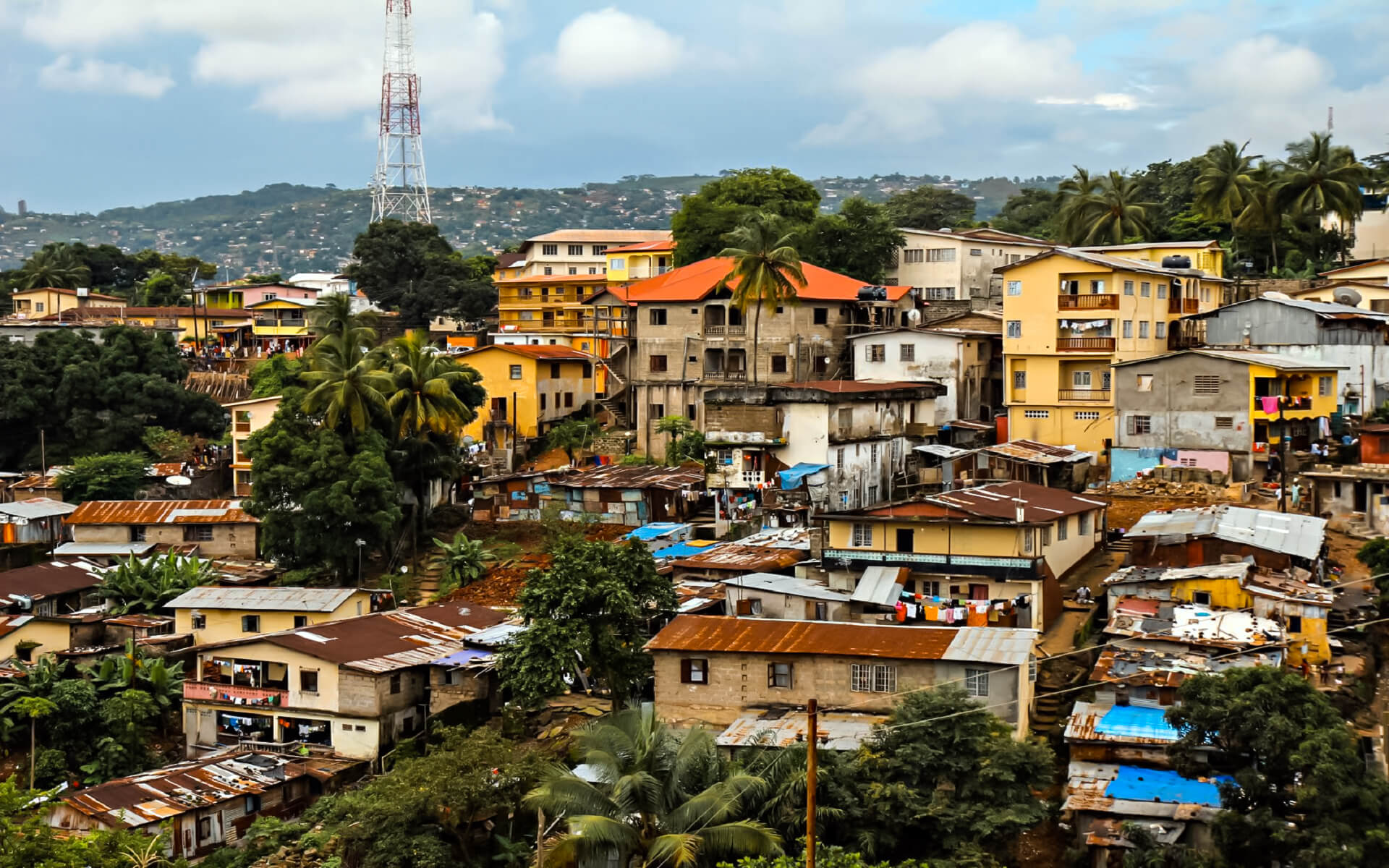 Sierra Leone’s capital and the center of the Western area is Freetown.

It is located on a peninsula on the south bank of the Sierra Leone River’s estuary. The city is located at the base of the peninsula highlands, with one of the nicest natural harbors on Africa’s west coast. Lumley beach, Lakka beach, No. 2 river beach, and Toke beach are just a few examples of the peninsula’s beautiful beaches.

The State House, the House of Parliament, and the Supreme Court are all located in Freetown, which serves as the seat of the government of Sierra Leone.

Freetown’s population is ethnically, culturally, and religiously diverse, with Muslims and Christians coexisting. There are considerable populations of almost all of the country’s ethnic groupings in the city, with no one ethnic group accounting for a majority of the population. The Krio language is the principal language of communication in Freetown, as it is in nearly every other portion of Sierra Leone, and it is by far the most frequently spoken language in the city.

During the civil war, Freetown, like the rest of Sierra Leone, went through some terrible times. It was twice seized by insurgents, with severe consequences for the local inhabitants and infrastructure. As the city of Freetown regained stability, many Sierra Leoneans left the countryside for the city to escape the violence. Despite the fact that the nation has been calm since 2002, the city’s population is still substantially greater than it was before the conflict. Land and local services have been placed under strain as a result of this. Many forest regions have been removed to make way for the newcomers.

Many of the attractions in Freetown are undeveloped and poorly advertised. Because of the small number of visitors that come, there was no commercial motive or financial reward for developing them. There are, however, many hidden jewels that are definitely worth discovering. It’s not uncommon to be the only one who visits some of them.

A trip to the Aberdeen neighborhood will provide a welcome reprieve from the hustle and bustle of the city center. It’s a short car/taxi ride from any region of Freetown. The roads are hardly passable, and the beach road and Sir Samuel Lewis Road have speed bumps. Outside of Alex’s pub, there are a few tiny vendors providing ‘tourist’ food. At Family Kingdom, there is a fashion store. On Lumley Beach Road, there are a variety of additional stalls. On the beach road, not far from the Mammy Yoko Hotel, there are several more contemporary boutiques. On the beach, there are several hawkers selling sunglasses, fruit, peanuts, clothing, and other items.

The beaches are stunning and untouched. The most popular beaches, such as Lakka Beach, No. 2 River Beach, and Bureh Beach, provide basic but adequate lodging. Only Podas (minibuses) will take you to Lakka intersection. If you wish to keep using public transit, you’ll have to take the okada (motorbike). If you’re driving solo, you’ll need a decent car due to the poor road conditions. The peninsular road is now being renovated from Lumley to Goderich, and it is now complete. Beaches aren’t always properly marked, so keep an eye out or use GPS. The roads leading to the beaches might sometimes be in bad condition.

The climate of Freetown is tropical, with rainy season running from May to October.

Strong thunderstorms indicate the beginning and conclusion of the rainy season.

Freetown has a tropical monsoon climate, which is characterized by significant precipitation throughout the rainy season.

The yearly average temperature is around 27 degrees Celsius.

The city of Freetown is separated into three political regions: the East End, Central, and West End. The wards of Freetown’s East End (East I, East II, and East III) comprise the city’s greatest population center as well as the city’s poorest areas. East End is home to the Queen Elizabeth II Quay.

Central Freetown is made up of two central wards (Central I and Central II), which comprise Downtown Freetown and the central commercial area (Central II). The majority of the country’s tallest and most significant government buildings, as well as foreign embassies, are located in Central Freetown.

On Tower Hill in downtown Freetown, Sierra Leone’s House of Parliament and State House, the president’s primary residence, are located. The Brookfield area is home to the National Stadium, the home stadium of the Sierra Leone national football team (also known as the Leone Stars).

The West End of Freetown is made up of the city’s three westernmost wards (West I, West II, and West III). These are relatively wealthy wards. The west part of the city is home to the majority of the city’s luxury hotels, as well as a number of casinos and Lumley Beach. The State Lodge, the president of Sierra Leone’s official house, is located in Hill Station’s west end neighborhood.

The city’s economy is mostly based on its last natural port, which is the continent’s biggest natural harbour. Sierra Leone’s principal exports are handled at Queen Elizabeth II Quay, which can receive oceangoing boats.